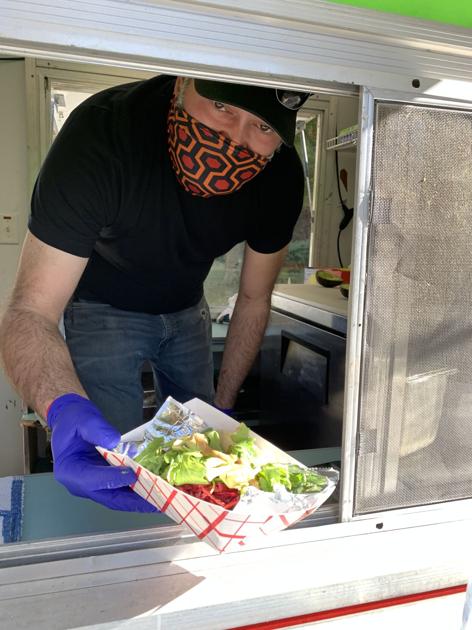 Right around 2 p.m. on Saturday, under a pavilion at Lorain Borough Park, The Ne’er Do Wells played their first live notes of music in months.

Their one-hour set kicked off the inaugural Homegrown Music Festival, one of the few live events held locally this year due to the COVID-19 pandemic.

“We’re actually very, very, very happy that we were able to do this,” said Mike Giuffre, a guitarist with The Ne’er Do Wells, an area rock band. “It’s big. Honestly, it’s been very, very tough even to practice at this point. We haven’t practiced since COVID came out. We’ve only practiced like twice all year. Even that’s tough for us because we enjoy getting together and just playing. With everything going on, it was really, really hard for us to do.”

The rest of the lineup consisted of Afro N’ At, Even the Odds, Van Waylon and Derek Woods Band.

“The whole goal is it was called Homegrown Music Festival because we wanted people that were from the area,” Kurt Weidlein, an organizer of the event, said. “Most of the bands are playing original music, which is great. We wanted to showcase that and be able to showcase what the area has talent-wise.”

“I think people need this,” Mark Neumann, Greenhouse Arcade taco truck’s director of food operations, said. “We definitely need it. We’re brand new. We just opened basically a week ago. At this time of year especially, starting a food truck, to have something like this to launch with is great.”

Money raised will be donated to the Community Foundation for the Alleghenies, which will then disperse it in the form of grants to help those affected by the pandemic.

“We know it will go to high-priority areas, such as the food banks and so forth, because with everything that’s gone on in 2020, there’s still a need for immediate human needs,” CFA President Mike Kane said.

Bungie Wants Feedback For Destiny 2’s Festival Of The Lost, So Here’s Mine