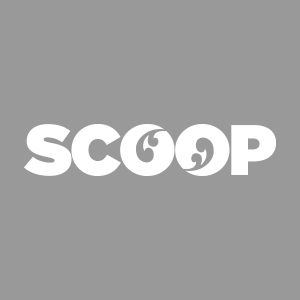 The Australian Surf Movie Festival tour 2020 featuring SwellChasers from Swell and Back, a voyage into the best and greatest biggest swells of the past 3 years 5 Short Films 5 Locations The best surfers on the planet The films feature an array …

The Australian Surf Movie Festival tour 2020 featuring SwellChasers from Swell and Back, a voyage into the best and greatest biggest swells of the past 3 years 5 Short Films – 5 Locations – The best surfers on the planet

Renowned surf cinematographer Tim Bonython has spent the last 4 years chasing massive swell events for this year’s festival. It is an adventure that has taken him around the globe.

The footage he has collected records some of the most ground-breaking scenes in recent big wave surfing memory. These include pioneering big wave surfer Kai Lenny riding the futuristic foil surfboard in gigantic surf at Jaws, and fellow big wave rider Rodrigo Koxa breaking the world record for the biggest wave ever ridden.

“To see these big wave gladiators charging down monster waves is just the most exciting thing,” said Tim, who is not only the films’ main cinematographer, but also the founder of the event.

The first film features big wave surfers at Nazaré in Portugal, the second, at Mullaghmore in Ireland; the third, at Teahupo’o in Tahiti; the fourth, at The Right in Western Australia; the fifth, at Cloudbreak in Fiji. Together these five films make up the 14th Edition of the festival.

Right now, Tim’s passion for putting “big waves on the big screen” at the Festival could not be more needed. It offers viewers the chance to forget about the current world crisis and completely immerse themselves in the raw power of the ocean, along with the stories of the surfers brave enough to push the limits of what is possible. COVID-19’s taken the stoke out of a lot this year—the festival promises to bring it back, if only for a night.

All films featured are directed by Australian Academy of Cinema and Television Arts (AACTA) Award-winning cinematographer and multi-award winning surf film producer Tim Bonython, who has over four decades of experience filming and documenting surfing.

What to Do During a Shark Attack, According to a Surfing Doctor