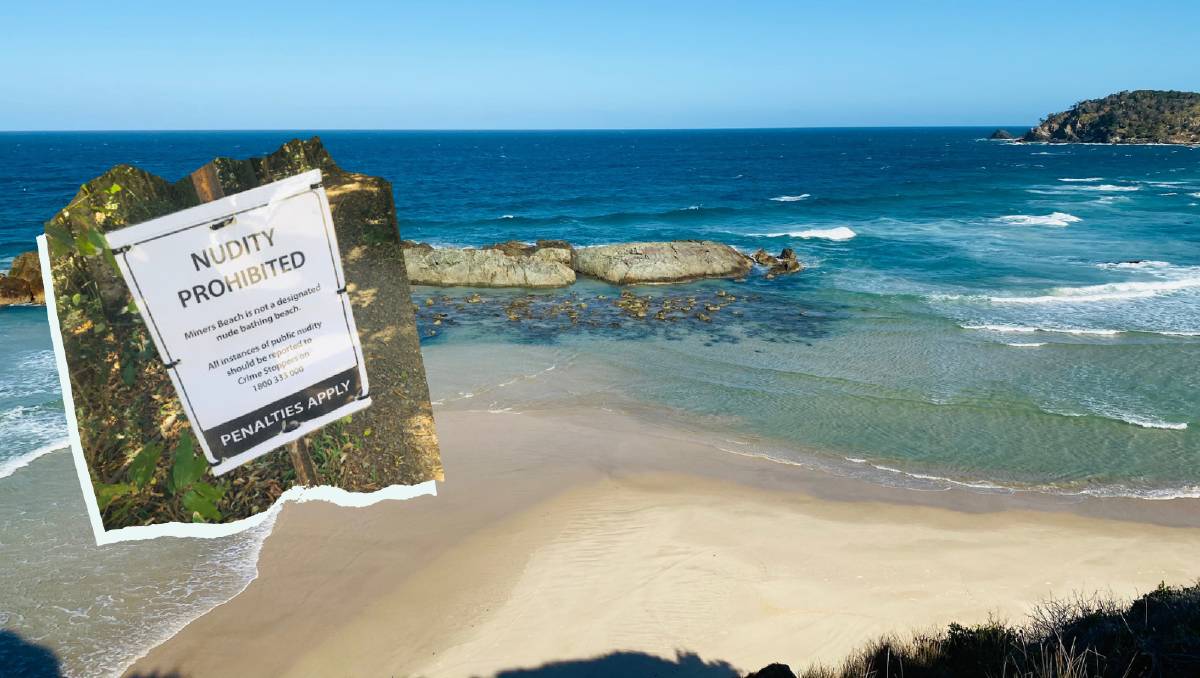 Authorities will be working together to crackdown on nudity at one popular NSW tourist town beach.

Police and National Parks and Wildlife (NPWS) will join forces after a spike in complaints about lewd and inappropriate behaviour at Port Macquarie’s Miners Beach.

It is believed families using the key link on the region’s internationally acclaimed Coastal Walk have been affronted.

The Coastal Walk is a nine kilometre scenic trail linking a CBD park to to the Tacking Point Lighthouse, south of the township.

Miners Beach, located in Sea Acres National Park, is not a dedicated nudist beach – and never has been under the Local Government Amendment (Nude Bathing) Act 1996 No133.

Historically a secluded beach, monitoring and enforcement of clothing at Miners has not been a priority for law enforcement agencies.

Recent upgrades to the Port Macquarie Coastal Walk have seen it become a number one attraction for residents and tourists to the region. As a result, there have also been a rise in reports and complaints of offensive nude behaviour, including men approaching women and children entirely undressed; instances of sexual behaviour witnessed by park visitors; and nude exhibitionist behaviour.

Many of the complaints received by police involve concerns about the behaviour of men.

Chief Inspector Mick Aldridge of the Mid Coast Police District said increased patrols will be conducted over summer alongside an awareness campaign with NPWS to change the perception about the beach’s use.

“Miners Beach is not a nudist beach, public nudity is not permitted in Port Macquarie at any beach,” Chief Inspector Aldridge said.

A number of strategies will be put in place as a part of the operation to stamp out nudity in the area.

There are only a handful of designated nudist beaches in New South Wales. The legality of nude beaches rests with the state and local councils.

NPWS rangers will be at the beach advising visitors of what the rules and expectations are.

Public nudity or ‘obscene exposure’ is an offence under Summary Offences Act 1988. Penalties can be issued as a fine or result in an appearance in court.

Anyone found exposing themselves on Miners Beach will be prosecuted. The maximum penalty for obscene exposure is imprisonment for six months, an $1100 fine or both.

Nudity at the beach has been tolerated by the local community for more than three decades.

As far back as 2006, signs warning beachgoers of nudity at Miners Beach were removed by NPWS to discourage the behaviour, as authorities attempted to solve the problem between nude bathers and walkers.

NPWS worked closely with police and council, as grander plans for the Coastal Walk’s upgrade were being considered.

At the time, Free Beaches Australia Inc rallied to maintain the unofficial nude status of the beach, saying warning signage allowed people to make an informed decision about whether to visit the beach or not.

The trans-Tasman travel bubble is here! Where should New Zealanders go? | New Zealand

Great ideas on what to do in Australia this semester break