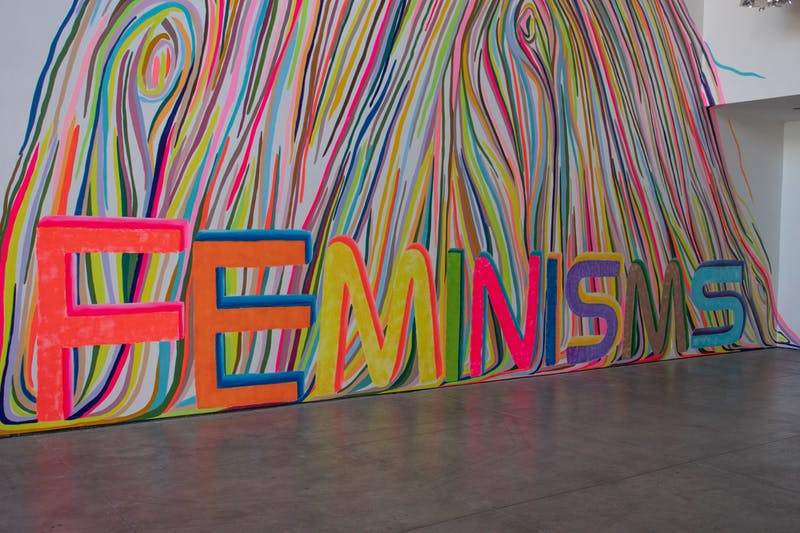 Developed on the campus of New Mexico State University, the Feminist Border Arts Film Festival (FBAFF) has recognized the capacity of cinema as a creative platform to discuss social justice issues and representations of identity and difference for the past five years.

Laura Anh Williams and Dr. M. Catherine Jonet, the creators of the film festival, originally partnered with 516 ARTS and the Guild Cinema to hold the first screening in-person at the Guild, which canceled early in the pandemic.

The current Feminisms exhibition held by 516 ARTS, a self described “non-collecting contemporary art museum”, instrumented an online film streaming platform from Oct. 24-25 on FilmIndie.tv, where the website streamed a series of short films created by student, independent and professional filmmakers both domestic and international.

Films varied from vibrant animations such as “Al Ghorba,” a story about a Syrian woman dealing with being unsettled far away from her worn-torn country, to live action narratives such as “Drum Wave,” a story about a young Asian pianist who faces her fear of motherhood when she marries into a deserted island community with strange fertility rituals.

The FBAFF Feminisms Program defines “feminist border arts” as “a practice that challenges the limits of representation through telling stories from the edge and expansive visions that create new ways of seeing, that display mis-represented ways of knowing.”

Shakti Bhagchandani is the director of the short film “LostFound” and described the festival as “uplifting jewels that explore issues such as … transgender identities, the pain and secrecy of sexual violence, the endless difficulties faced by undocumented immigrants and the injustice endured by women in societies from all over the world.”

Jonet said the films selected were zeroed in on artistic representations that open doors, raise questions and challenge preconceived notions.

“The process involved digging into the 10,000 submissions we received over the past five years and reconsidering all of the films because culture is always moving and changing,” Jonet said.

Jonet said the festival is transnational in scope because it is not about imagining that our lives and choices only have a personal or geographic context. The FBAFF is invested in portraying feminism’s perspectives.

“This event and 516 ARTS’ current Feminisms exhibition coincide with a national initiative by the Feminist Art Coalition in 2020 to inspire a broad variety of exhibitions and programs across the United States that center feminist perspectives and concerns in the cultural consciousness,” the festivals’ co-creator Williams said.

“Society needs to put more energy into rethinking the current systems and ideals to better sustain and enrich life in this country and in this earth,” Williams said.

Another film shown at FBAFF was “Reclamation,” a short poetic documentary about Indigenous identity, where the character emphasizes wanting to be nothing so that he can be enough.

“It doesn’t take much to be nothing. I don’t have to think of blood quantum or being cut in half and half again like I was a chart, as if my blood were at war with itself, segregated inside like history out here,” the character Johnny said in “Reclamation.”

Katherine Fisher, the author of the article Indigenous Feminism, explains that Indigenous feminism is an umbrella term that connects the issue of gender equality with that of decolonization and sovereignty for Indigenous people.

“Indigenous feminism is closely related to feminist theory but rejecting threads of oppression and exploitation that run through mainstream and Western feminism,” Fisher said.

Williams explained that feminisms, as a set of relations and as knowledge projects, are a handbook for living.

“The idea is a roadmap en route to more equitable, just and sustainable futures for everybody, especially those who are marginalized and underserved in oppressive hierarchical systems currently in place,” Williams said.

Jonet said while other film festivals center solely on the business part of filmmaking, FBAFF emphasizes the relationship between the filmmaker and viewer and what can result from that encounter.

“Artistic vision has the power of shifting people’s perspectives, creating pathways to change and working toward social transformation,” Jonet said.

Rosanna Samudio is a freelance reporter at the Daily Lobo. She can be contacted at [email protected] or on Twitter @RosiePollie3