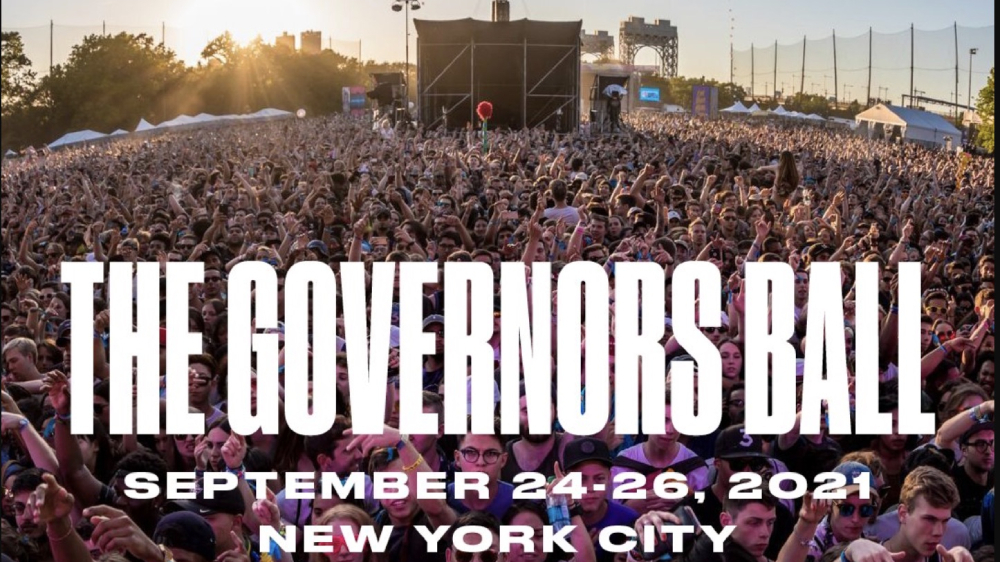 In an announcement that reflects Dr. Anthony Fauci’s statement that concerts may return in the fall “if all goes right,” New York’s primary rock-music festival, Governors Ball, has announced its 2021 dates for September, three months later than its traditional June dates.

“New Year, New Dates,” the announcement reads, promising that the lineup is “coming soon.” No venue has been announced for the festival, which in recent years has taken place at New York’s Randalls Island.

“Rest assured, we are working closely with the city and state authorities to ensure a safe experience for all. For more info on rolling over your 2020 tickets or requesting a refund, head to http://govball.com.”

Obviously, with vaccines just beginning to roll out and much of the world still ravaged by coronavirus, there is considerable uncertainly around any concerts scheduled for 2021, as reflected in the festival’s FAQ, which reads in part:

“Is the 2021 festival definitely happening?
“Given that vaccines are rolling out and many experts predict a return to live music events in the Fall, we are hopeful. We’re booking an amazing lineup and making sure all suggested safety protocols are followed. Rest assured that safety is our first priority and we are working closely with all city and state authorities on everything. …

“If the festival doesn’t play out, will we get a refund?
“Absolutely.”

Fauci made his statement with the caveat that audiences may be wearing masks and practicing social-distancing for suggested that audiences may still be required to wear masks for some time — quite how that would work at a festival remains to be seen. Even though GovBall is held outdoors, transportation and egress would inevitably involve close human contact.

“If everything goes right, this is will occur some time in the fall of 2021, so that by the time we get to the early to mid-fall, you can have people feeling safe performing onstage as well as people in the audience,” Fauci said, noting that the return depends upon getting between 70% to 85% of the population vaccinated, according to the New York Times. Along with the vaccination, Fauci said venues and theaters may need to take further safety precautions, particularly if they do not have effective ventilation. His comments took place on Saturday at a conference held by the Association of Performing Arts Professionals.

“It is with a heavy heart that we must announced the cancellation of Governors Ball 2020 due to COVID-19,” the announcement reads in part. “Simply put — due to current government mandates and the evolving situation in NYC, it is neither safe nor prudent to move forward with our June dates. The well-being of our fans, artists, staff, vendors, partners and the surrounding NYC community is always our #1 priority.”

The announcement added that organizers attempted to find a postponement date but there were “no sufficient options available to us.”

Last year Lil Wayne, Florence + the Machine, Tyler, the Creator and the Strokes topped the bill, although the festival was delayed by bad weather. In 2018, Eminem, Jack White, Travis Scott and the Yeah Yeah Yeahs were the headliners.