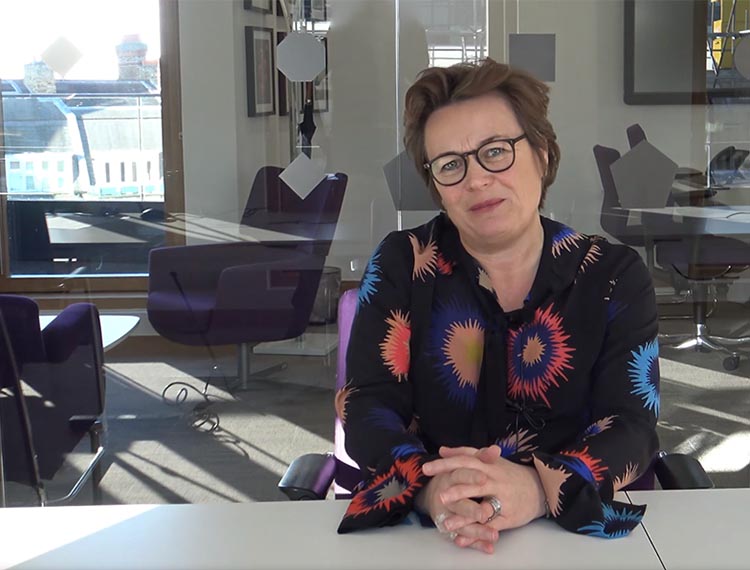 #UntappedPotential – Ahead of International Women’s Day #IWD20 new research from @CityandGuilds Group, reveals that women are still locked out of top jobs

The data pulled from their Missing Millions report, highlights that almost a fifth of women have faced barriers to securing better jobs, simply because they are unable to work the hours required – and this is more than double the amount of men who stated they have experienced the same issue.

City & Guilds Group are calling on business leaders to address this imbalance and start investing in critical skills development for part-time workers, who are twice as likely to be women.

New findings from leading skills organisation City & Guilds Group illuminate the array of challenges that are still facing women in the workplace today.

This month marks the 109th celebration of International Women’s Day. While the UK has taken great steps in striving for women’s rights over the last century, City & Guilds Group’s new research highlights the myriad of challenges that still unfairly plague women attempting to climb the career ladder.

According to City & Guilds Group’s report – which is based on findings from labour market economists Emsi and a poll of 5,000 working age people in the UK – alongside battling gender pay gaps and juggling primary care giving responsibilities, women are more than twice as likely to work part-time than their male peers (26% vs 12%), and are far more likely to hold no management responsibilities (49% vs 39%).

“While we have certainly made strides in levelling the playing field for gender equality, there is still a long way to go to ensure true equality in the workplace as women are still locked out of many top jobs. UK unemployment is at a record low, but skills gaps are growing, and the needs of the workplace are evolving at an incredible pace, making it more important than ever for businesses to seize the potential of everyone within their workforce – regardless of their gender or contract terms.

“So many women are being denied valuable opportunities to upskill or progress, worryingly driven by factors such as part-time contracts and care requirements. We urgently need to see more employers adopt flexible working practices and take a fairer approach to training and development to increase the opportunities for women to rightly move up the career ladder and help fill skills gaps and drive up productivity in doing so.”

You are using adblocker please support us by whitelisting www.fenews.co.uk

Despite holding firm in 16th place, the UK is being outpaced by greate

Part-time workers – a contingent made up of more women than men – are less likely to receive workplace training than full-time employees (62% vs 72%) and are also less inclined to believe there are opportunities for progression (22% vs 36%).

Whilst men were six times more likely to work as an engineer and three times more likely to be working as a software developer or computer programmer. This suggests that there is much more work needed to divert women towards the STEM sector and into better paid careers generally.

City & Guilds Group is calling on business leaders to address this imbalance and take active steps to demonstrate how women can rise through the ranks; starting by investing in critical skills development for part-time workers.

“Evidence shows that diverse workforces allow organisations to provide collaborative environments where different styles of thinking can come together – allowing for more innovation and better business performance. It’s disappointing that some companies in the tech industry – and generally in London – have yet to realise this.

“There is no quick fix to this. Businesses need to commit to a big vision to achieve gender balance, driving awareness of the opportunities that exist in technology roles today, but also proactively work to ensure a healthy pipeline of talent. For instance they need to encourage more girls to pursue STEM careers by championing the great success stories of existing women in tech, take creative routes to attract diverse talent and ensure diverse talent is properly retained, developed and nurtured with an organisation.

“If we want to continue to see the UK as a ‘digital first’ nation, we must ensure we are investing in all talent. However, only when organisations fully understand the role that gender diverse organisations can play in driving business growth and success will businesses across the UK be consistently motivated to act differently and bring change.”

“Choosing to work flexibly or part- time should not mean choosing to compromise on career opportunities. From our earliest days supporting women at the school gates back into work, to our current prominence as experts in the flexible sphere, we’ve led and changed the conversation about flexible working. The vast majority of the workforce now want flexible working – both women and men. For employers to maximise on talent they need to both unlock more quality roles to flexible and part-time structures. And also, to invest in training and development for all their people, regardless of working pattern.”

About the research: City & Guilds Group worked with YouGov to carry out a poll of 5,000 working age people in the UK of all employment statuses. Fieldwork was undertaken between December 2019-January 2020. The survey was carried out online. The figures have been weighted and are representative of all English adults (aged 18+).

Additional insight in the report comes from economic modellers Emsi, who provided an economic forecast for the different Government regions of the UK to understand how quickly the skills need is going to change and how well-prepared regions are to meet this demand.