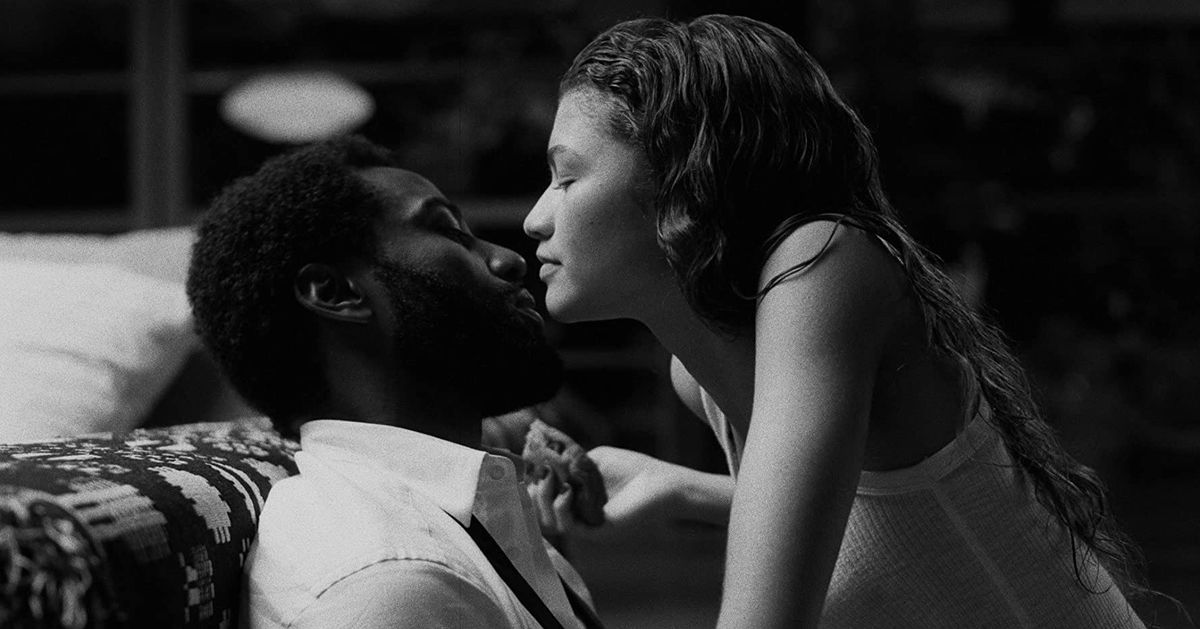 Halle Berry’s new movie, a Shia LaBeouf–Vanessa Kirby drama, and the Zendaya-starring Malcolm & Marie are all headed to the streaming platform.
Photo: Netflix

Heading into this year’s dramatically downsized (and partially virtual) edition of the Toronto International Film Festival, expectations surrounding the kind of grabby movie sales that have come to define this high-glitz North American showcase for independent cinema were decidedly humble. In 2019, after all, only a single major deal was struck during fest proceedings: HBO’s $20 million acquisition of the Hugh Jackman–Allison Janney bio-drama Bad Education.

So in a pandemic year that has spun the movie world off its orbit — canceling other top-tier festivals including SXSW, the Cannes Film Festival, and the Telluride Film Festival; attenuating the number of features screening in Toronto from 333 last year to a mere 50; and moving the brunt of those titles to password-protected online showings absent the gala hoopla that has triggered past TIFF deal-making frenzies — conventional wisdom held against Toronto maintaining its reputation as a hot acquisitions marketplace.

As the curtain fell on the festival’s 44th edition on Sunday, Toronto managed to banish doubt it could still serve its more prescribed purpose as an awards-season launching pad, stoking buzz in particular for Frances McDormand’s understated performance in the Fox Searchlight Pictures road drama Nomadland (which won the Academy Awards–predictive People’s Choice Award); Regina King’s directorial debut, One Night in Miami; and Vanessa Kirby’s anguished turn in the domestic drama Pieces of a Woman. However, a handful of significant deals for many of this year’s highest-wattage projects also proved that Toronto can still persuade Hollywood to open its wallet in pursuit of prestige product — in the case of Netflix, which bought more movies and paid substantially more than any other media entity, perhaps even wider at a time when audiences have yet to show a willingness to return to the multiplex en masse.

On September 11, the streaming behemoth struck TIFF 2020’s first major deal, acquiring Halle Berry’s directorial debut, Bruised, for a “high teens” eight-figure sum ahead of its festival premiere. Shown as a work in progress, the sports drama features Best Actress Oscar winner Berry as a disgraced mixed-martial-arts brawler seeking a shot at redemption both professionally and with the son she gave up for adoption.

Netflix followed up that purchase the following day by snapping up worldwide distribution rights to Pieces of a Woman, the English-language debut of Hungarian director Kornél Mundruczó (White God), for an undisclosed price. Starring alongside a Winnie-the-Pooh-ing Shia LaBeouf, British actress Kirby (The Crown, Fast & Furious Presents: Hobbs & Shaw) stars as a young mother facing paroxysms of anguish after her natural home childbirth goes tragically wrong. Kirby was critically hailed for her breakout performance — the first lead of her career — having picked up the Volpi Cup Award for Best Actress at the Venice International Film Festival earlier this month, where the Martin Scorsese–produced Pieces premiered ahead of Toronto.

Outside of films that screened as official festival selections, a number of hot titles were either auctioned or announced on TIFF’s virtual market. Among them: STX presold international distribution rights to Five Eyes, a spy thriller that will reteam director Guy Ritchie with his Lock, Stock and Two Smoking Barrels co-star Jason Statham, to German distributor Leonine for “high seven figures.” Producers behind the heist thriller One Way, starring Colson “Machine Gun Kelly” Baker and Travis Fimmel (Vikings), used the hothouse festival platform to broadcast an intent to begin filming in January 2021. And the biggest deal came courtesy of the eye-watering $30 million Netflix paid for worldwide rights to Malcolm & Marie — a black-and-white 35-mm. romantic drama shot during quarantine lockdown this year that stars Zendaya and John David Washington — for which the subscription platform bested competing bids from A24, HBO, Searchlight Pictures, MGM, Apple, Focus Features, and Amazon.

On September 15, IFC Films picked up North American distribution rights to the Sam Pollard–directed documentary MLK/FBI. Showcasing a trove of declassified files, newly restored footage, and documents the filmmakers secured through tireless Freedom of Information Act requests, the doc examines the FBI’s surveillance and harassment of Dr. Martin Luther King Jr. in the ’50s and ’60s as a window into the government’s broader history of targeting Black activists. IFC reportedly plans to release MLK/FBI on January 15, 2021, in time for the Martin Luther King Jr. holiday weekend but also as an Oscar-season contender.

Two days later, in what Deadline characterized as a sale that “might hold the distinction of being the first drive-in movie acquisition ever,” Vertical Entertainment and Redbox Entertainment paid $5 million for North American distribution rights to Shadow in the Cloud, the critically divisive Midnight Madness selection co-written and directed by New Zealand filmmaker Roseanne Liang (also co-credited is the disgraced Hollywood screenwriter Max Landis). The film stars Chloë Grace Moretz as a World War II flying ace who joins the unsuspecting crew of a B-17 Flying Fortress carrying a mysterious, top-secret briefcase; enduring the airmen’s sexist jeers and repelling sneak attacks by Japanese Zeroes over the Pacific, she must also confront an evil presence that is ripping the plane apart from the inside.

While Shadow stands as a splashy festival score, it’s also managed to polarize critics like few films in recent memory. According to the Hollywood Reporter, “any pulp-loving genre fan who can accept completely absurd action in the name of a good time should probably just stop reading now and add Shadow to the must-see list.” IndieWire, meanwhile, commended the originality of the movie’s “feminist-leaning freshness” and “energy that never relents (even in the face of things like ‘logic’ and ‘physics’ and ‘common sense’).” But Slashfilm took issue with Shadow’s over-the-top plotting — “what’s on display here is so abrasive and so bombastic that it begins to sap the life out of you” — and Lainey Gossip lamented its general lack of coherence: “If you want to see a bonkers movie that completely flies off the rails halfway through, then this is the movie for you.”

On Saturday, in the last major deal of TIFF 2020, the upstart indie Solstice Studios (behind the recent Russell Crowe road-rage thriller Unhinged) dropped $20 million on worldwide distribution rights for Good Joe Bell. The road drama, written by the Oscar-winning Brokeback Mountain screenwriting team of Diana Ossana and Larry McMurtry, stars Mark Wahlberg as a salt-of-the-earth, blue-collar dad struggling to accept and support his teen son, who is unmercifully bullied by his high-school classmates for being gay. Wahlberg’s character’s shame and fury at his inability to reconcile the situation firm into resolve: He endeavors to walk from Oregon to New York on a campaign to raise awareness about the noxious effects of bullying.