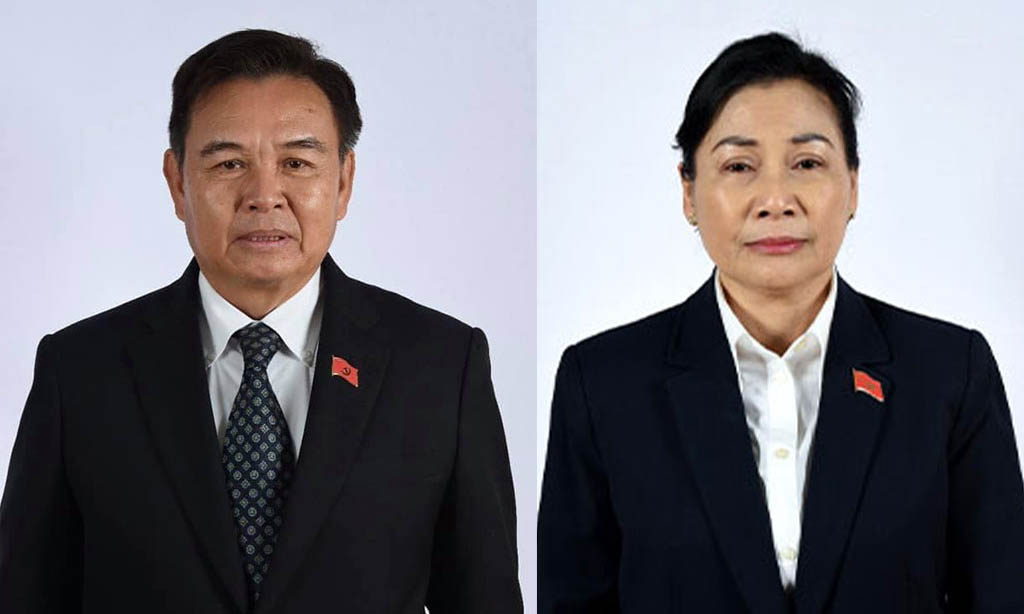 Senior posts in the government of Laos are being given mainly to the children of Party leaders, with seven out of 17 new cabinet members drawn from two famous families alone, in a trend some observers are calling cases of “inherited power,” Lao sources say.

The seven, who hold ministry-level positions or top posts in the Supreme Court or National Assembly, are all members of the powerful Siphandone and Phomvihane families, according to a list announced on March 22 by the country’s prime minister, Phankham Viphavanh, who replaces Thongloun Sisoulith—now Party General Secretary—in the post.

One member of the Phomvihane family, Santiphab Phomvihane—a son of the late Lao president Kaysone Phomvihane—is now the governor of Savannakhet province, according to Phankham’s list of top Party assignments.

“Inheriting power has been a common practice for a long time in Laos. Everybody knows that,” a Lao scholar in Luang Prabang province told RFA in an interview this week. “In order for somebody to climb up the ladder, first and foremost he or she has to have a ‘blood connection,’” he said.

“Most children or relatives of prominent Party leaders will inherit their power. This has become a tradition,” said Adison Seumyaem, a Thai expert on Laos at the Institute of Asian Studies in Bangkok’s Chulalongkorn University.

“In Laos, power inheritance is more visible than it is in Vietnam and China,” he added. China’s so-called “princelings” hold commanding positions in that Communist state, and the club includes President and party chief Xi Jinping.

Also speaking to RFA, a Lao government official said however that the members of the new cabinet had risen to their posts based on merit, and not on family connections.

“They have been in the Party for a long time, and are very knowledgeable and capable. That’s why most of them are in the cabinet,” the official said, speaking on condition of anonymity.

“Having children of the former revolutionary leaders in the cabinet is good for the development of the country, because they’re well-disciplined and law abiding and are grateful to their parents,” the official added.

“Their parents accomplished great things, and now their children will do the same,” he said.

“If someone else were appointed minister, he or she might think ‘differently’ or do something different, something that wouldn’t be right,” he added.

Cracking down on corruption

Many in Laos say they hope the country’s new prime minister and a National Assembly elected in February will make long-needed changes in the governing of the one-party communist state.

One businessman in the capital Vientiane told RFA, “[The new prime minister] should do what he said he was going to do—that is, crack down on corruption, drugs, and the illegal trade in logs and wood.”

“It’s difficult to crack down on corruption, though,” another Vientiane resident said. “Some officials always ask for kickbacks. Many people complain about this.”

“Corruption is still widespread in Laos,” a businesswoman in Pakse city, Champassak province, in southern Laos said. “For example, many state employees at financial departments are all rich and have luxury cars and homes, though their salary is only about 3 million kip [U.S. $300] a month.”

“The government should inspect all that,” she said.

An employee of the government inspection office in Vientiane meanwhile told RFA that top Party figures in Laos appear to be out of bounds for a closer scrutiny of their wealth.

“I have been working in this office for 10 years now, and I have never inspected any top Party or government leaders in the capital. We’ve only inspected low-ranking officials and departments within the administration of the capital,” he said.

“In the past, the top leaders declared their assets, but only a small portion, and they hid most of them,” a former Party member agreed. “And the audit agency is not powerful enough to inspect them. So the new government needs to reverse that practice,” he said.

Today’s elites are the offspring of leaders of the Lao People’s Liberation Army, or Pathet Lao, a communist movement organized, equipped, and guided by Vietnam’s Communist Party that overthrew the Lao monarchy in 1975.  The Lao People’s Revolutionary Party is the only party the landlocked country of 7 million people has ever known.

Laos has a history of widespread government corruption, with the Government Inspection Authority (GIA) reporting in early 2020 that the government lost up to $120 million in 2019 to corruption, disciplined 700 state employees, and fired 400 of them.

In the previous year, the GIA found 970 were involved in corruption amounting to $107 million.

Transparency International reported in January 2021 that Laos’ corruption ranking had worsened, dropping from 130th in 2019 to 134th in 2020 out of 180 countries.