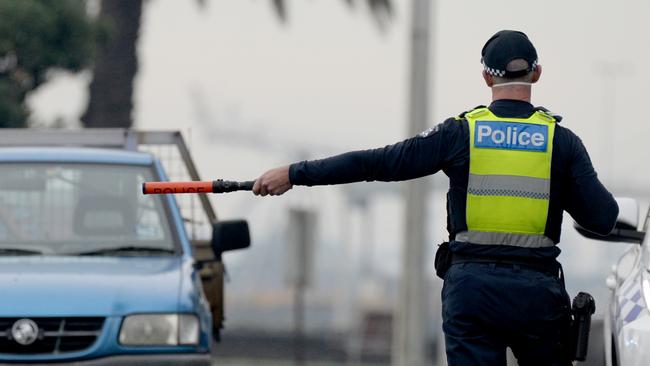 A person attempting a 100km journey from Strathmore to the Surf Coast for a “surfing trip” was among 61 people fined in the past 24-hours for breaching lockdown laws in Victoria.

Victoria Police also busted multiple partygoers attending a gathering in Monash and a group of people sitting on a park bench drinking alcohol.

Police also conducted 4984 spot checks on people at homes, businesses and public spaces across the state.

Premier Daniel Andrews continued to drill the message of staying at home as Victoria recorded its biggest daily increase since the pandemic began.

It took the number of active cases in Victoria to 3408 and the total number of cases in the state to more than 6739.

Mr Andrews had stern words for Victorians about what was driving the surging case numbers.

Almost nine in 10 people did not isolate when they first felt sick and when they went to get a test, the Premier said.

He said 53 per cent of people then did not isolate once they had their test and were awaiting results.

“We just can’t have that any longer, that will continue to see more workplaces with positive cases, more businesses shut down, hundreds and thousands of people isolated at home either as positive cases or close contacts.”