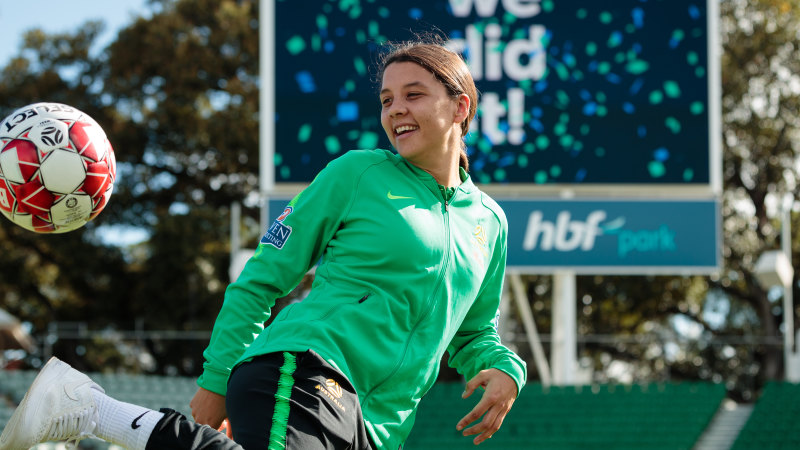 The Commonwealth Games in Birmingham 2022 will be another chance to see teams such as our Diamonds take on netball’s best.

As always, our inspiring athletes will attend these events with the intent to compete and win.

But a common result we can all strive for as life returns to normal is more Australian girls and women playing sport than ever before. We need to continue creating more sporting opportunities, with more appropriate facilities. We need more commercial sponsors backing them. More media coverage. We need more parents encouraging their daughters – ‘you can give that a go too’.

Almost half of girls between 15-17 stop playing club sport. That prompted Suncorp to initiate Team Girls in 2017, originally launched with Netball Australia, and now expanding in a partnership with Sport Australia to all sports. Our common goal is to build a nation of confident girls, through a connection with sport.

Sport Australia’s AusPlay research shows girls and women are as active as boys and men, but tend to move away from organised sport in their mid-teens towards exercise and gym-type activities.

These teenage years are when we need our kids running towards sport, not away from it. Yes, sport brings physical health benefits, but much more than that it has the ability to build confidence, self-esteem, teamwork, communication, social skills, leadership, goal-setting and resilience.

For those who claim they are not sporty, perhaps they just haven’t yet found the right sport.

This is where it’s important to showcase sporting opportunities and why tournaments such as the FIFA Women’s World Cup are crucial. It’s about creating a connection with sport.

Recent data from True North Research shows Australians are more familiar with men’s sports teams, but when it comes to an emotional connection – values such as pride, trust, enjoyment, respect and bond – our women’s teams are on top. These are the Australian women’s cricket team, the Matildas, the Australian women’s rugby sevens team and netball’s Diamonds.

Our AusPlay research places netball, football and basketball as the top three team club sports for female participation. Gymnastics and swimming are also among the most popular club sport activities for younger girls, while tennis and Australian football are favoured strongly by women.

The Australian Sports Commission, comprising Sport Australia and the Australian Institute of Sport, has long advocated for increasing the presence and prominence of women in sport in all roles, at all levels.

Our Women Leaders in Sport courses have provided professional development for more than 24,000 women since 2002. More recently our Female Talent Programs have looked at addressing the under-representation of women as high-performance coaches and executives. Just nine per cent of coaches at the 2016 Rio Olympics were female.

Progress is being made, including areas such as media broadcasting and pay, but the job is far from done. In the meantime, our elite female athletes are playing their roles, showing girls that they can become what they see.

This generation of girls has seen a female jockey win the Melbourne Cup, an Indigenous superstar become the world’s No.1 tennis player and an Australian woman crowned world surfing champion nine of the past 13 years.

On home soil, they’ve seen the Australian women’s cricket team win the 2019 Twenty20 World Cup in front of a record-breaking crowd of 86,174 in Melbourne. The Diamonds won the 2015 World Cup in front of a world record 16,752 people. They saw the 2018 Gold Coast Commonwealth Games, the first where women’s medal events equalled the men’s.

They have seen spectators turned away from a full house at the debut of the AFLW competition in 2017, a national women’s rugby league competition emerge and their marquee clash given state of origin status.

Very few can become world’s best at their sport, but everyone should have the opportunity to become their very best self by a connection with sport.

So while sport continues to confront tough decisions because of COVID-19, an ongoing commitment to growing sport for girls and women is a no-brainer.

John Wylie is chair of the Australian Sports Commission

Chris Hemsworth and Thor Are Basically the Same Person

Newcastle vs Man City live stream: How to watch the FA Cup quarter-final online from anywhere