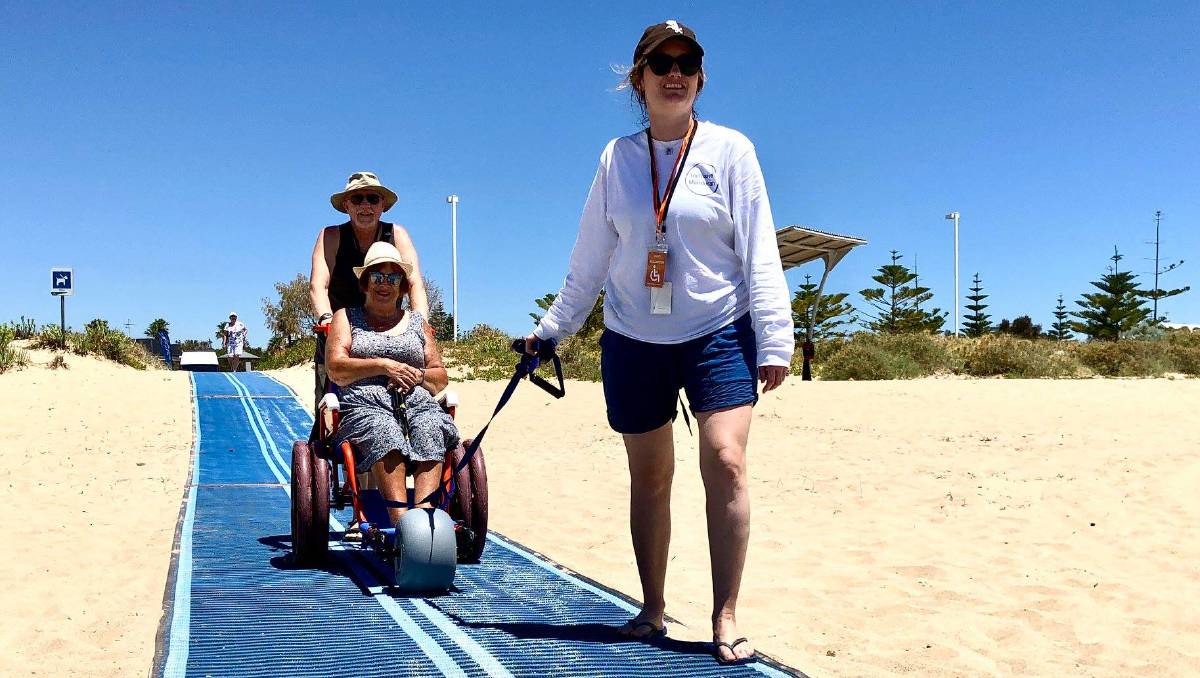 The Mandurah community came together to celebrate all abilities on Sunday, during the Accessible Beach Day.

The event allow people with wheelchairs to access the water’s edge for the day without frustrating logistical issues thanks to a large stripe of matting.

The beach matting, known as Mobi-Mat, was laid out along Mandurah’s popular Town Beach from 10am to 4pm.

The day also boasted fun for all ages with special guest Santa, a coffee van, ice-cream, a sausage sizzle and music.

Accessible Beaches Australia and partner Push Mobility hosted the event, which is funded by the City of Mandurah.

The Accessible Beaches campaign was founded in 2016 with a vision of making most patrolled beaches in Australia wheelchair accessible by 2020.

Accessible Beaches founder Shane Hryhorec said it was great the event was blessed with nice weather on the day.

He said about 20 wheelchair users visited throughout the day, as well as people who vision impairments or other mobility issues.

“Also the aging population came down as well, so it was a really good mix of people,” Mr Hryhorec said.

“A lot of people in wheelchairs have never been to the beach before.

“For them it’s a scary thing sometimes, going out for the first time.

“They’re paving the way for the future people to head down there and enjoy it.”

“After my accident, I thought ‘the beach is a place where people with disabilities don’t go’. For many years I thought that way until I realised that wasn’t the case,” he said.

“Since working to make beaches accessible, seeing it’s possible, I believe that all beaches should be made inclusive so that everyone can enjoy them and aren’t restricted to the car park.”

So far the organisation has coordinated the five largest beach accessibility events in the world.

Mr Hryhorec said thanked the City of Mandurah for reaching out to the organisation to put on the event.

He said the City of Mandurah were very progressive in their approach to accessibility within the city and were the first local government in Western Australia to request the event.