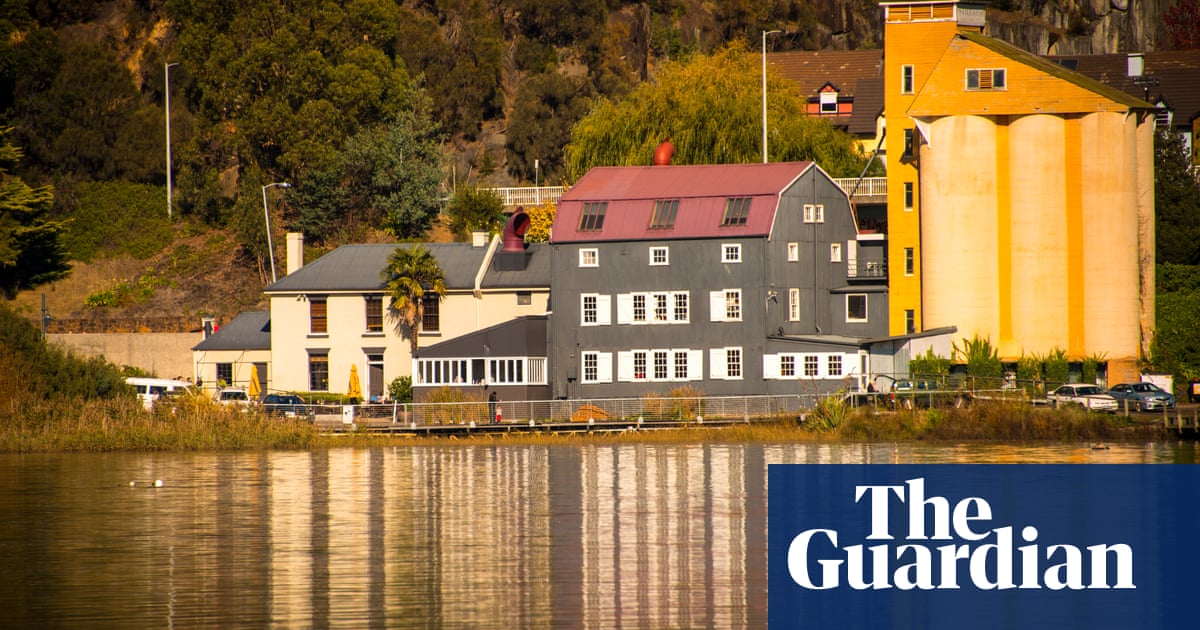 Launceston has long been a popular gateway to tourist hotspots like Cradle Mountain. But while in the past visitors have picked up their hire cars from the airport and taken off to the hills, there are increasing reasons to spend more time in Tasmania’s second city.

New hotels are going up in Launceston, plus Mona’s summer festival Mona Foma decamping there next year. An increasingly sophisticated foodie culture is developing using the incredible produce from the area – one that is being celebrated in a food festival this weekend.

Farmers markets have sprung up everywhere in the past few years, but many are farmers’ markets in name only, with the fruit and veg coming from larger suppliers. Its different at Launceston Harvest farmers’ market, a not-for-profit enterprise in the city centre.

One of the market’s founders, Kim Hewitt, says a condition of setting up here is that there’s no on-selling. So all the producers who sell the food also grow the food. The Saturday morning market has grown in popularity since it opened six years ago. There are now about 60 stalls.

The stallholders are generous with tastings of their produce. Popular stalls include Della Vale gelato – which makes its ice cream using berries and hazelnuts grown nearby, and the Tasmanian Butter Co, which makes butter using fresh cream sent down from the pristine north-west coast. Six bacteria are used to ripen the butter and that intensifies the flavour. Tasmanian sea salt gives it that extra kick, making it some of the tastiest butter I’ve ever tried.

Lost Pippin cider, with apples from the Coal river valley, also has a stall. It sells apple cider vinegar, barrel aged. Although very tart on its own it’s great for salad dressing.

Pork, salmon and beef are also sold at the market, with a lot of the produce raised in small, family-run farms. All the farmers seem happy to chat about their farming methods and how the meat is produced.

Although there are a few food caravans and coffee carts, the market is a great place for raw produce. If you are staying in a serviced apartment or Airbnb, I recommend stocking up on cherries, oyster mushrooms (grown in the coffee grounds from the market), one of the many varieties of potatoes and Tassie-grown avocado.

One of Tasmania’s most awarded restaurants, Stillwater sits on the Tamar river in a beautifully converted 1830s flour mill. There was a summer storm the night of my visit and it unfolded dramatically as we sat facing the large windows. It felt unlike being on the Australian coast, and more like an old inn in Cornwall.

The food here is unashamedly Aussie and billed as “contemporary Tasmanian cuisine”. That means Cape Grim beef tartare, whiskey-cured Huon salmon, Tasmanian blacklip abalone, wild Lenah wallaby and Mt Gnomon pork belly. These are all washed down with Tasmanian pinots and Cape Grim mineral water, bottled in an area of Tasmania known for the cleanest air in the world.

Kim Seagram (yes, she is a descendant of the gin Seagram’s) and her husband, Ron, have been running the restaurant for 17 years. Recently Seagram and a friend, Jansz sparkling wine-maker Natalie Fryar, started making their own gin and bottling it under the label Abel Gin.

The fresh botanicals in the gin – there are about 15 of them – have been handpicked from places around Cradle Mountain. Ask for a gin cocktail to get you on your way before you tuck into the fabulous food.

For visitors to Launceston who are attracted to the region’s produce but don’t know where to start, this foodie walking tour takes in the Harvest farmers’ market, some of the best butcher shops and delis, craft beer bars, cafes and traditional confectionery shops.

Most people are pleasantly surprised by the food, says Brock Kerslake, who has been running the Taste Walk Talk tours for a year. “They expect fewer restaurants and less choice.”

One of standout features of Launceston food, says Kerslake, is the relatively small number of miles the food has to travel from paddock to plate. Particularly close are the abundant vineyards of the Tamar Valley.

As part of the tour we have a light lunch at local favourite Bryher. It is incredible. Run by an ex-Sydney chef couple, the cafe is decorated with quaint vintage crockery and the food is British comfort food. Not Greggs sausage rolls but scotch eggs, bacon butties, soft-boiled eggs with toast soldiers and giant baked beans with black pudding.

We gobble up several shared dishes, including small custard cakes with blueberries, and wash it all down with smooth locally roasted coffee from Provenance Coffee Co.

“The goats cheese is from across the river, the tomatoes have just come into season. We try not to use anything out of season,” says the chef Alison, who with her partner, Tristan, spends their one day off a week visiting local producers and seeing what’s looking good and seasonal.

The cafe also has a barter scheme going: bring in your produce and they’ll trade them for a meal.

Taste Walk Talk offers a number of versions of the foodie walking tour depending on how much time you have and also if you want to be rolled back on the plane.

From the pictures I was expecting the Cataract Gorge to be miles out of town – it just seemed too wild to be so close to civilisation.

I meet my guide, Tanya, who started the walking tour business after leaving the corporate world behind. She is a great guide, knowledgable and passionate about history and the local environment. Along the way we stop and examine several species of plants native to the area.

The park is not a difficult walk and can be completed in an hour or so, but it is an unusual park and a guided walk helps give it context.

The start of the walk is along the gorge. The rock face is scarred with ridges from the old water transport system. As we walk past rockpools and up some stairs we arrive in a classic Victorian garden. There are peacocks, a pond and a bandstand. It’s like we have been transported to another country. This part of the park was maintained by local Launceston citizens for many years and is a beautifully preserved slice of local history.

Further along the path is an incredible outdoor swimming pool, with views of the surrounding mountains to distract you from doing laps.

The Launceston Food Festival, Festivale, is on 2-4 February

The Guardian was a guest of Tourism Tasmania

Happy isolation: hiking the ridges of the Larapinta trail | Travel