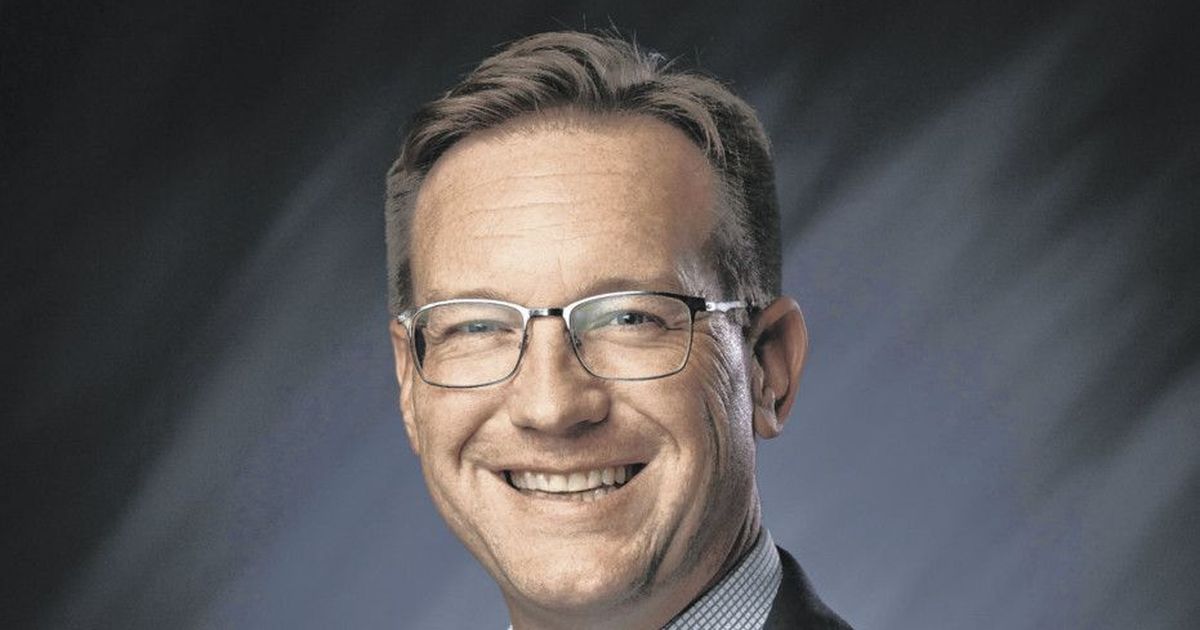 One disagreement that emerged inside YES Cinema came after Lauer voiced his support of school choice because — in his words — parents know best how their child should be educated.

In response, Nowlin said GOP lawmakers like Lauer have lost sight that school choice is about giving low-income kids enrolled the opportunity to go to a better school. But now, it is about providing public funding for affluent families to send their children to private schools, which they would have done anyway with their own income, Nowlin said.

Near the end of the forum, Lauer said Indiana schools should have a plan on how their teachers can succeed and move up in their careers.

There was also a minor dispute raised by Nowlin regarding Lauer’s comment that “lawmakers should allow teachers to teach.” But Nowlin said low salary, rather than testing and other factors, is most disruptive to teaching.

Lauer also politely chided Nowlin when his challenger disputed Lauer’s claim that both of his parents were teachers.

The questions were posed by Bartholomew County Council president and Rotarian Matt Miller. The two candidates were given a set time to respond, but prohibited from directly debating each other on the stage.

How do we address political polarization?

Polarization has led many Hoosiers to believe government is dysfunctional, Nowlin said. But he described himself as a problem solver who listens to different perspectives.

“I don’t come at things with my own ideology and I don’t come with having my own answers to everything. I think it’s a group effort,” Nowlin said. He also advised against Hoosiers taking positions of political fringes and far extremes.

Lauer says he sees little partisanship in the General Assembly — and even less in Washington D.C.

“The farther you get away from the people, the more broken it is in the country,” Lauer said. He claimed that 99% of the bills introduced during the last legislative session had bipartisan support.

“We do it right here in Indiana,” he said.

What are the top three issues that the statehouse needs to address?

While Lauer listed the COVID-19 pandemic at No. 1, he commended Indiana businesses and government for keep the economy going.

The incumbent Republican listed health care as his second largest concern, but commended the General Assembly for making billing transparency in health care a law last winter. And while he listed unemployment at his third largest issue, Lauer again commended the state for doing better with jobs than most other states.

In his previous runs for the seat, Nowlin has always listed education as his largest concern.

His second largest concern is the economy, Nowlin called the environment his third highest priority.

In education, what are your largest concerns?

Rather than provide concerns, Lauer used this question to list past achievements from recent legislative sessions. For example, he said the largest spending increase for education in Indiana history was approved last winter: $750 million that went directly to local schools that include over $5 million to Columbus area schools, Lauer said. Coupled with the local school funding referendum approved by voters, all teachers will receive raises for at least the next two years, Lauer said.

In response, Nowlin said state lawmakers did not give huge increases to teachers as Lauer implied. Public education got about a 2% increase, while charter and voucher schools got double digit increases, the Democrat said.

“For some teachers in the Bartholomew Consolidated School Corp., the raise did not even cover the raise in their insurance,” said Nowlin, who advocates for stable sources of revenue for schools.

What is your stand on gun control?

While Nowlin says many Republicans assume Democrats want to take their guns away, he assured the audience he has no such desire. But Nowlin says Hoosiers have turned gun control into a two-sided issue when the subject matter is far more complex with many sides. He says Constitutional carry is like admitting we don’t have a gun problem in this country.

“I’m all for the Second Amendment and guns for protection of your home, but we need to find ways to be safer,” Nowlin said.

The Republican incumbent said he has always believed that Americans have a fundamental right to keep and bear arms. He offered praise to the General Assembly for allowing a five-year conceal and carry permit at no cost. Right now, Indiana has the right balance in it’s gun laws, Lauer said. But it is important to focus on firearm safety and to vigorously prosecute crimes committed with guns, he added.

What are your feelings on Indiana’s current laws regarding abortion?

Lauer described himself as 100% pro-life, and that includes children not yet born. Those are principles he says he has advocated at the Statehouse. The incumbent also said the debate regarding when life begins should continue. Lauer applauded states such as Ohio that use an embryo’s heartbeat to determine when life begins, and thinks Indiana might want to adopt a similar policy.

In contrast, Nowlin said abortion is yet another issue which Hoosiers tend to express extreme views.

Nowlin said outlawing abortions will only stop safe procedures. As a result, the lives of young mothers from low-income families, as well as their unborn child, will be at greater risk, he said.

Do you support defunding the police?

While Nowlin says he doesn’t support “defunding,” he said he wants to hear better definitions of what that term means. There are reasons for having counselors and social workers as part of the police force, Nowlin said. They may be better to step in and diffuse a situation better than police before things spin out of control.

In contrast, Lauer described the current political rhetoric regarding police as “dangerous and unwarranted.” The incumbent said he has worked very hard to support things like body cameras. He said he was also a co-sponsor of the “Police Officer’s Bill of Rights,” adding that it’s very important that strong ties be created between police and the community.

Both candidates offered nothing but praise to the law enforcement officers in Columbus and Bartholomew County regarding their professionalism and acceptance of diversity.