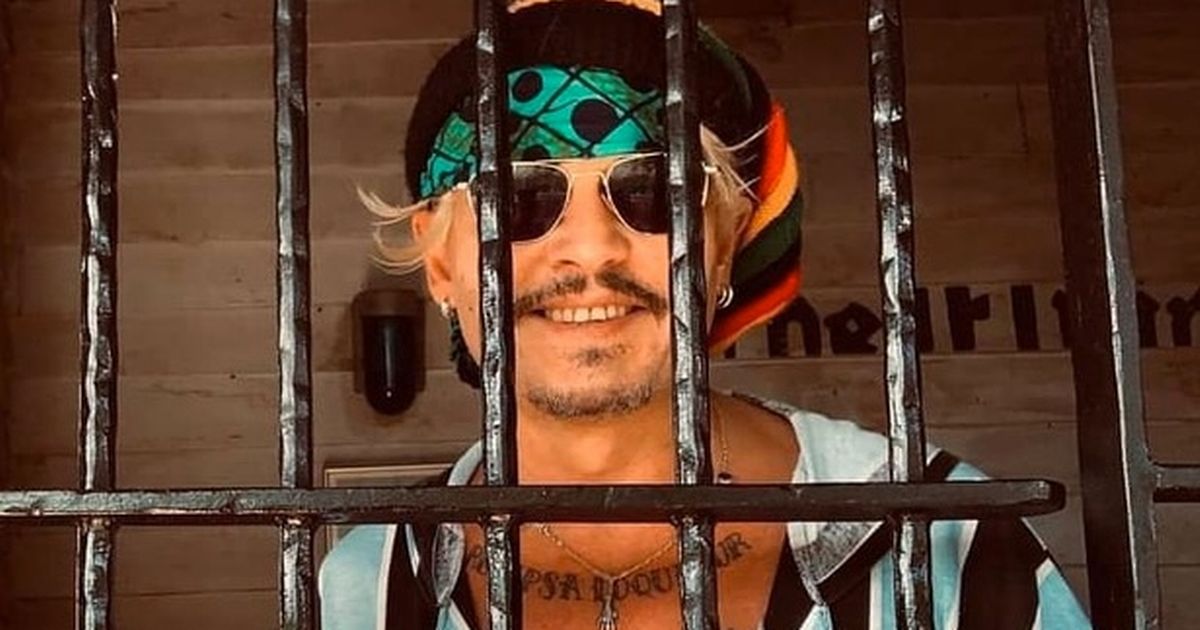 Johnny Depp picked up a Polish film festival award after he was dropped from the Harry Potter franchise.

In recent weeks, Depp revealed he was asked to resign from the Fantastic Beasts film after he lost the libel case.

Now the actor, 57, has accepted a EnergaCamerimage cinematography award from the festival which is held in Torun, Poland.

His new film Minamata was played to close the film festival.

Johnny accepted the Camerimage acting award via a written letter during the ceremony, according to The Hollywood Reporter.

It was a quirky acceptance photograph as Johnny posed behind jail bars.

The award was announced on the EnergaCamerimage Instagram with the words: “Greetings from @johnnydepp from Bahamas.

“Of course with a EnergaCamerimage’s Golden Frog.”

It comes after Johnny – who denied ever being violent towards his wife Amber Heard – lost his libel battle against The Sun over an article calling him a “wife beater”.

Warner Bros asked the Harry Potter star to step down from his role as Grindelwald in Fantastic Beasts following his crushing defeat.

His role for the Harry Potter franchise will be recast in 2022.

Johnny broke the news to his 7.4million followers on Instagram with a lengthy message.

He wrote on Instagram : “I wish to let you know that I have been asked to resign by Warner Bros. from my role as Grindelwald in Fantastic Beasts and I have respected and agreed to that request.”

His letter was signed and dated November 6 from London.

Johnny first landed the cameo role as the character Grindelwald in the 2016 Fantastic Beasts and Where to Find Them movie.

It was expected the Hollywood star would reprise the dark wizard role in spin offs.

However, Johnny offered up an explanation to fans after he was dropped from the franchise following the court case.

In full his statement read: “In the light of recent events, I would like to make the following statement.

“Firstly, I’d like to thank everybody who has gifted me with their support and loyalty.

“I have been humbled and moved by many of your messages of love and concern, particularly over the last few days.

“Secondly, I wish to let you know that I have been asked to resign by Warner Bros. from my role as Grindelwald in Fantastic Beasts and I have respected and agreed to that request.

“Finally, I wish to say this. The surreal judgement of the court in the UK will not change my fight to tell the truth and I confirm that I plan to appeal.

“My resolve remains strong and I intend to prove that the allegations against me are false. My life and career will not be defined by this moment in time. Thank you for reading.”

Johnny signed the document at the bottom before he shared it with the world.

It comes after he lost his libel battle.

In his ruling, the judge, Mr Justice Nicol, said: “The claimant [Depp] has not succeeded in his action for libel…

“The defendants [The Sun and News Group Newspapers] have shown that what they published in the meaning which I have held the words to bear was substantially true.

“I have reached these conclusions having examined in detail the 14 incidents on which the defendants rely as well as the overarching considerations which the claimant submitted I should take into account. In those circumstances, parliament has said that a defendant has a complete defence.”

The trial played out in the courtroom over 16 days in July.

Depp and Heard joined their friends and relatives in giving testimony during the courtroom clash.

The case rested on 14 alleged incidents of domestic abuse which lawyers for NGN argued demonstrated the article by The Sun was not libellous; the number upheld was 12.

The claims included details of alleged bust-ups between the pair which were said to have occurred between 2013 and 2016.

Depp repeatedly denied ever being violent towards Heard during their relationship and marriage which lasted from 2015 until 2017.

The former couple began dating after meeting on the set of their movie The Rum Diary following the breakdown of his long-time relationship with French star Vanessa Paradis.

They married in 2015 but split less than a year later.