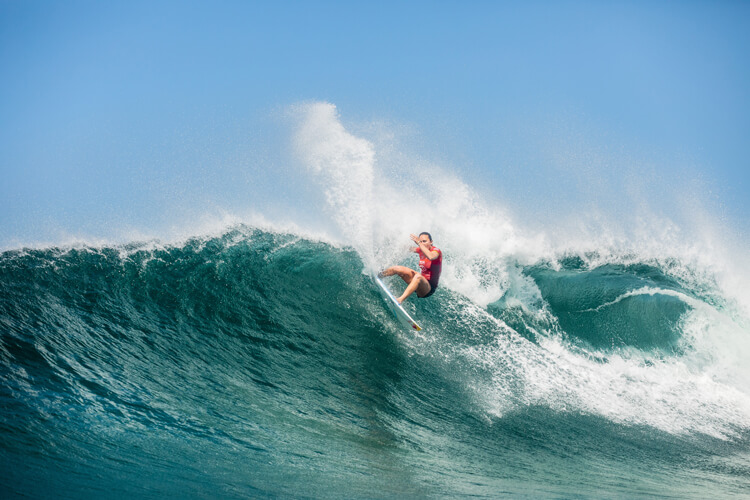 It was also the first time in nearly 30 years that surfers competed in an elite level competition in Newcastle.

All the best waves were ridden in the first half of the decisive heat, but it was Italo’s signature air reverse on a closeout section that won him the trophy.

“I surfing against Gabriel. He is a machine, and he pushes me so much, so it’s always fun to compete against him,” expressed Italo Ferreira.

The Brazilian won his 26th CT event and is looking forward to securing a spot on the season finals at Trestles in San Clemente, California.

“I want to dedicate this win to my family, and in particular, to my grandmother, who passed away just before we came to Australia,” said Carissa Moore.

Moore stole the show with a spectacular air reverse in the quarterfinals.

The next stop on the 2021 Championship Tour will be the Rip Curl Narrabeen Classic. The contest’s waiting period opens on April 16 and runs through April 26.