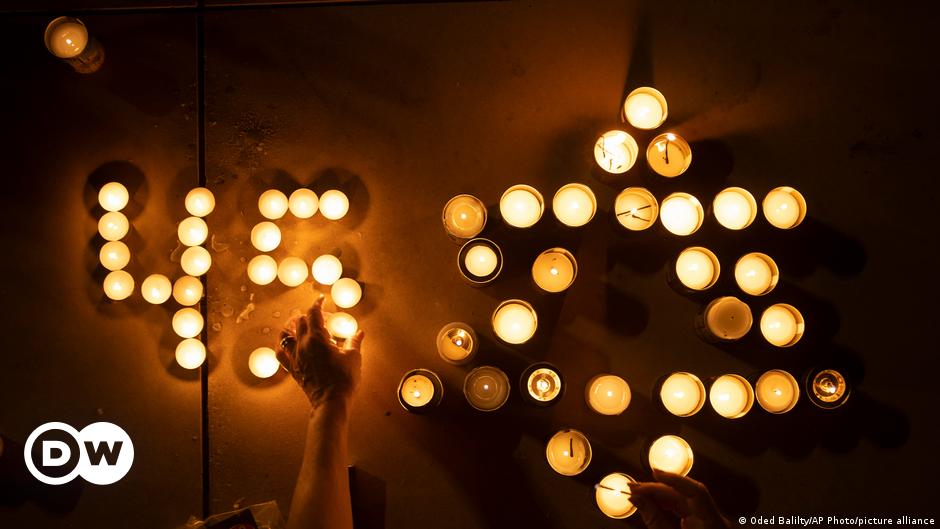 Israel held a national day of mourning on Sunday to remember those who were killed at the Lag BaOmer festival this week.

At least 45 people were killed at the festival in Mount Meron that was attended by thousands of ultra-Orthodox Jews. The incident was the deadliest civilian disaster in the country’s history.

Flags were flown at half-mast on official buildings and military bases across the country on Sunday. Sporting events were canceled and many came to pay their respects at the site of the disaster.

Pope Francis also offered his condolences and prayed for those who lost their lives during a service at St. Peter’s Square.

On Monday, Israel’s parliament will hold a special session to remember the victims and light memorial candles.

What happened at the festival?

The deadly stampede broke out on Thursday night at the Lag BaOmer festival, one of the first major mass gatherings to take place after coronavirus restrictions had been lifted.

Around 100,000 mostly ultra-Orthodox Jews attended the festival in Mount Meron, which is marked with bonfires, singing and dancing.

The stampede is believed to have started when people began to slide down a ramp with a metal floor, causing people crammed in a narrow corridor to fall on one another and panic.

The resulting crush left 45 people dead at some 150 injured. Among those killed were children as young as 12. 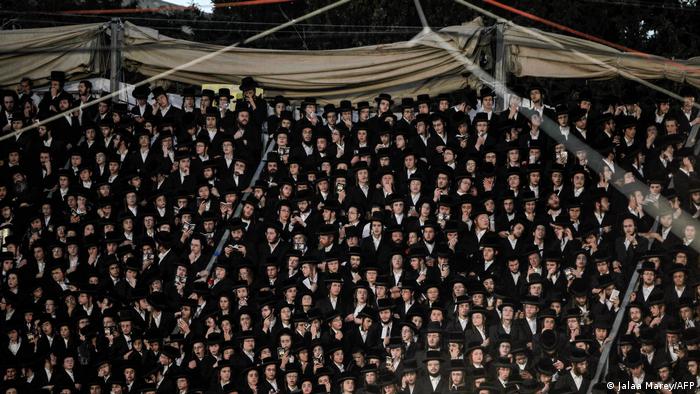 The festival has been approved for 10,000 attendees, but Israeli media estimate around 100,000 people showed up

Event organizers and officials have come under fire over the event, which was initially registered to have 10,000 participants.

Police have been accused of allowing people to enter the area where the stampede took place despite it already being packed. Authorities are also accused of not quickly opening exits on the sides once people began panicking.

Officials have also been criticized for ignoring warnings about security concerns at the site as well as allowing the festival to take place without crowd restrictions.

A group of retired police commissioners released a statement on Sunday calling for a wide-ranging probe into the disaster. An independent commission would have the authority to look into politicians and other officials involved in green-lighting the event.

The current investigation is only focusing on possibly police misconduct.