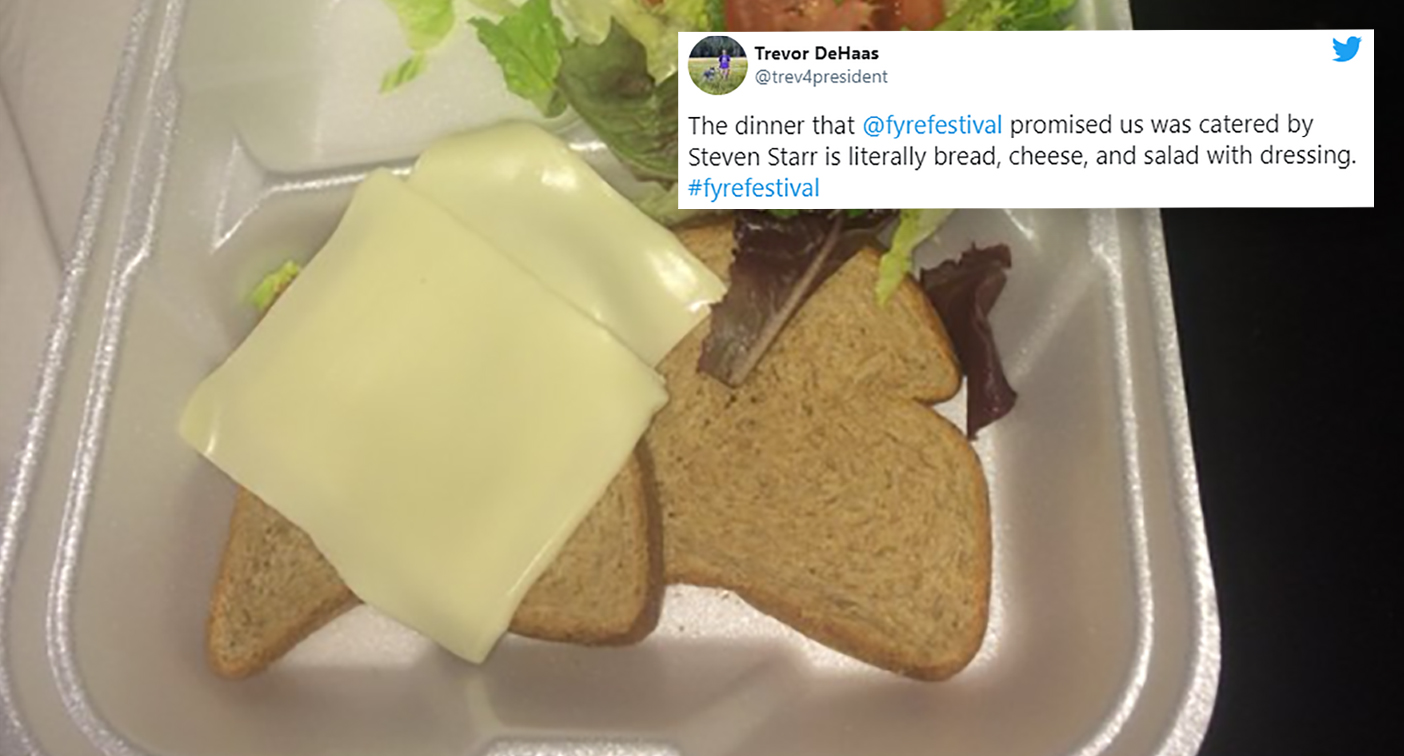 A Tweet about a sandwich from Fyre Festival could sell for more than A$100,000.

Trevor DeHaas tweeted a photo from the infamous festival in April 2017, claiming a sandwich he received from Fyre Festival’s catering was “literally bread, cheese and salad with dressing”.

His tweet of course is referring to the failed Fyre Festival on the Bahamian island of Great Exuma in 2017, which was the subject of numerous complaints and lawsuits, and ended in the jailing of co-founder and fraudster Billy McFarland for six years.

According to a listing by New York-based Flipkick, which sells NFTs, Ms DeHaas’s photo of the sandwich is “the most iconic image from 2017’s most famous debacle”.

“Two limp white slices on wheat bread lay, like the lifeless body of Icarus, bemoaning the hubris of man,” the listing reads.

“A timeless image of inestimable cultural import, sold for the first time as an NFT.”

What is an NFT?

NFT stands for non-fungible token and has a unique value as a form of digital art.

The first-ever NFT digital house sold recently for $650,000. This is despite the fact no one can physically walk inside the home.

The owner of an NFT holds the copyright with a record held on a blockchain.

Mr DeHaas told The Verge he is selling his tweet to pay for medical expenses.

He is in need of a kidney transplant and said he decided to sell his tweet as an NFT after Twitter CEO Jack Dorsey sold the first post to Twitter for more than $3 million.

“With how hot the NFT market is right now I figured I’d give it a shot and could hopefully raise enough money that I wouldn’t need to rely on a GoFundMe to pay for my medical expenses,” Mr DeHaas told The Verge.

“The last thing I want is to guilt trip someone into buying the NFT and copyright to pay for my medical expenses but I would like the auction winner to know that their money would be going to a good cause.”

Do you have a story tip? Email: [email protected]

Your Queer Guide To The Melbourne International Comedy Festival