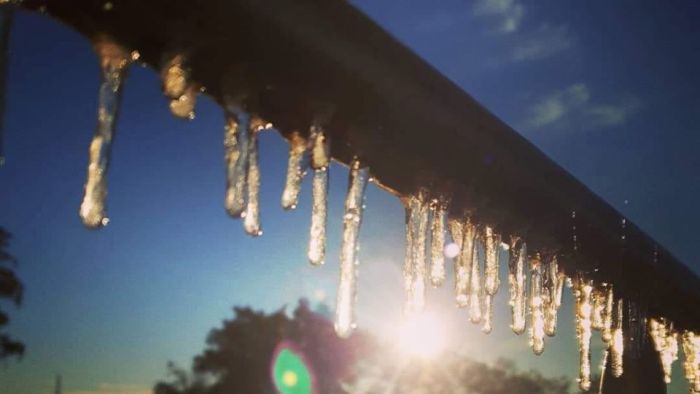 Weather records for the month of May have tumbled across Queensland as a wintry blast caused temperatures to plummet.

The weather bureau said Blackall and Windorah in the state’s south-west each had their coldest May days on record, yesterday.

Yesterday, Longreach also recorded its coldest maximum May temperature in 61 years while Charleville had a 51-year May record smashed.

Brisbane felt its coldest May maximum temperature in 40 years yesterday, reaching a top of 17.9C and a low of 11C overnight.

The Bureau of Meteorology (BOM) said maximum temperatures were forecast to be five to 10 degrees Celsius below the May average this weekend.

BOM forecaster Lauren Pattie said North and Central Queensland would feel it the most.

Townsville is due to reach a top of just 17C, Charters Towers 14C, Rockhampton 13C and Bundaberg 15C.

Ms Pattie said it would be very cold across the entire state today.

“Thanks to a little bit of rainfall falling into some dry air: and that means we just get great evaporation and great cooling across that entire district,” she said.

She said there was an “upper system at the moment that’s causing a whole lot of cloud cover across the entire state”.

“It’s also a very cold air mass that’s over the top of us,” she said.

“The cloud disappears as we go into Sunday, so we’ll see things start to ease up a little bit.

“However, the overnight temperatures are still very cool in particular for the Southern Interior region and frosts around as well.

“Those frosts possibly getting as far north as the Atherton Tablelands as well by the time we go into Sunday and Monday morning.”

“It’s not significant in terms of what we’d normally see in summer for Townsville — you’d normally get a couple of hundred millimetres up in the tropical coast — it’s not unusual,” she said.

“However, it’s unusual for this time of year: in May we don’t normally see a great deal of rainfall.

But the rain would have little impact on the drought, with the State Government saying the total area of Queensland that is drought-declared remains unchanged on 67.4 per cent.

Gold Coast resident Stephen Wheatley said he certainly felt the chill while surfing at Mermaid Beach this morning — where temperatures got down to 12C.

“It’s a bit chilly. I think mainly it’s the wind that’s the cold thing — the water is surprisingly warmer than outside.

“[The wetsuit is] probably a bit warm for what is out there but I’m not a fan of the cold.

“The surf is really good though, it was great to get out.

“The leg rope snapped and everything.”