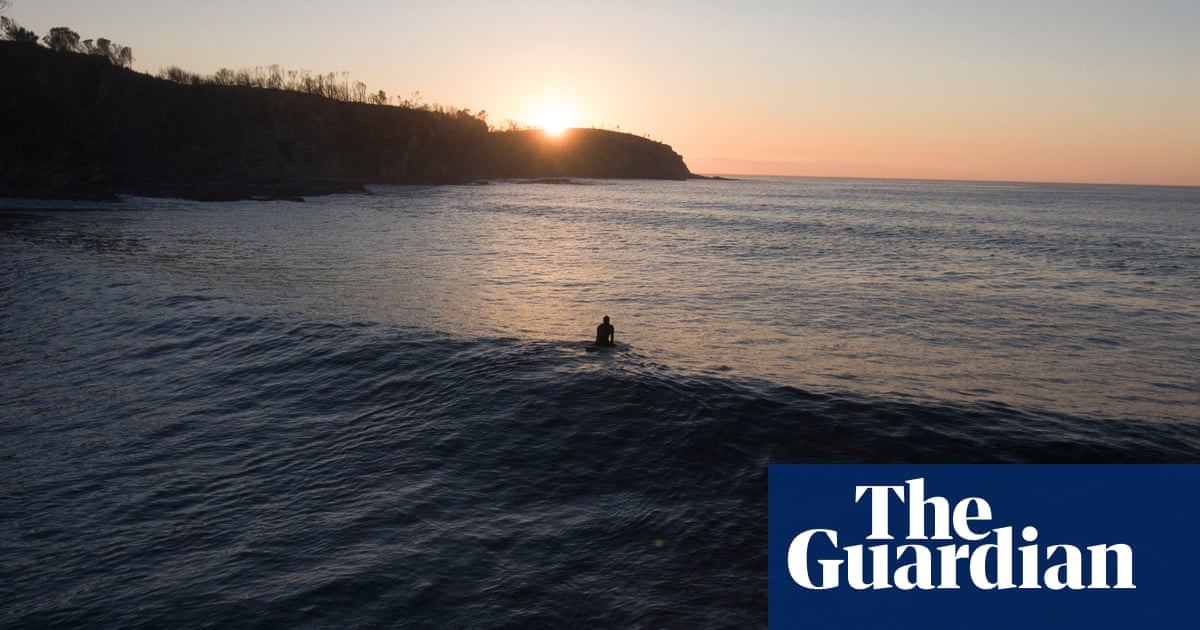 With the sun rising over glittering waves, Malua Bay beach is a picture of serenity on a clear Saturday morning in mid-September. Suddenly, as the clock hits 7am, a loud air-horn disrupts the ambience. Five wetsuit-clad children charge into the nearby waves for the first heat of the Malua Boardriders’ competition day. Watching on from the shore, a group of about 50 parents and friends nurse their takeaway coffees.

The mood is jovial; community spirit is high. Given what this small coastal town has endured over the past nine months, their positivity is remarkable.

“We were all here on the sand,” recalls Henry Barrington, treasurer of the Boardriders, as he gestures past the dunes. Mid-morning on New Year’s Eve, Malua Bay residents evacuated to the beach as a wall of fire enveloped the area. “There were flames just behind us, we could hear gas bottles exploding,” he says. They remained on the beach for the whole day, watching on in horror as the fire front wreaked havoc.

Yet from the ashes of catastrophe, a new sense of community has emerged – with the Boardriders at the forefront. “Being out on the beach that day galvanised a lot of friendships,” 47-year-old Barrington says. “People knew each other, but they never had the time to sit and chat. Suddenly we were talking.”

Malua Bay has a proud surfing history. The first edition of the Boardriders was established in 1984, and several professional surfers grew up in the area in the 1990s. After a short hiatus, a new crop of talented young surfers is now emerging. Sitting on the beach that fateful December day, the community realised the club needed to rise again.

“We had talked about it previously, among parents, but everyone was too busy – life goes on,” says Andy Tyler, a local police officer and club president. “The fires really gave us the impetus. This was a way to rebuild the community.”

Then the pandemic began. The club’s first meeting took place via Zoom; it was six months before the Boardriders could hold their first competition day, in mid-August. Unfortunately, the waves did not cooperate and the swell was almost flat. After that false start, there is an air of optimism on this sunny September day as the juniors – “grommets”, in surfing parlance – compete in two- to three-foot beach-break conditions.

“This is fantastic,” exclaims Melissa Love, a local businesswoman and club board member. “There are so many people here, such great community spirit. I am really happy it started. The competition itself doesn’t even matter.” Fateful words – as she says this, a competition judge beckons Love over and insists she enter a heat. “I’ll come last,” she laughs.

Watching on with pride is 73-year-old Barry “Baz” Whiteman, who co-founded the original Boardriders in the 1980s. “For three or four years we helped develop a generation of good surfers,” he remembers. “But it all seemed to implode when they turned 17 and bought cars and we lost the core group.” The club was re-established in the 1990s, but again fell into disuse. Now, almost four decades since its inception, the Boardriders are back.

“One good thing about getting old is that you don’t have to be pulling on a cold wetsuit at half past six in the morning,” quips Whiteman, who finally stopped surfing at 69 due to rheumatoid arthritis. “I can stand back and laugh at all this,” he says. “But I still wish I was in the water.”

In mid-July, Covid-19 hit the NSW south coast with an outbreak in Batemans Bay, 15 minutes from Malua Bay. Two weeks later, a major storm left the region briefly without power and caused extensive damage to homes with falling trees and flooding. Waiting for waves at McKenzies, one beach over from Malua, evidence of the bushfire is inescapable. Both headlands were badly scorched; damaged homes and burnt trees are still conspicuous from the water.

But as the remnants of the weather system send a powerful swell towards the coast, the hardship of fires, Covid and storms is – at least temporarily – forgotten. Fifteen locals sit in the line-up awaiting the next set, and the only thing up for discussion is the epic surf. “To be able to get out in the water, disengage from everything happening around you and not have to think too much,” says Tyler, “that has been essential.”

Even at the height of the first Covid wave in April and May, the south coast’s beaches were never closed. With Canberrans and Sydneysiders unable to visit, locals have enjoyed uncrowded beaches and unusually excellent waves. For many, this has been a godsend. “Bushfires in January, Covid in March – surfing has been an escape,” Tyler says.

Almost everyone in Malua was impacted by the fires in one way or another. Tyler lost some fencing, Love had her back deck singed. They were the lucky ones: others in the community lost their homes, their belongings and their surfboard quivers.

If PTSD has a therapy, surfing must be one of the better ones

“This is aqua-therapy,” Barrington continues. “The only thing that matters is getting the wave and sharing the session with your mates. It has been crucial for the healing after the fires, and with the day-to-day of getting through the pandemic.”

This is particularly the case for local schoolkids. “Surfing helped the kids get a lot of their issues out,” says Barrington. “During the fires many of them carried buckets and held hoses – they were actively involved in defending their homes. That was traumatising.” Even during the worst of lockdown, when schooling went online, surfing remained an outlet. “The kids are their own little community within the community,” adds Tyler.

We have been inundated with people seeking support. We can’t keep up with the demand

Barrington’s son Harry, 13, is a promising surfer. “You’re in the ocean, away from everything,” he says. “It puts you in this mindset, this headspace – it calms you, it relaxes you. It’s good therapy.”

This is music to the ears of Stacy Shepherd, director and clinical psychologist at nearby Broulee Psychology. “After the bushfires there was a lot of discussion about the wave of mental health issues we were going to experience,” she explains. “That paused with Covid, but it is still there, and we are now seeing it hit. There is a huge need in our community – we have been inundated with people seeking support. We can’t keep up with the demand.”

While Shepherd says she has never prescribed surfing specifically as a treatment, she describes it as “ticking a lot of the boxes in terms of things we want people to be doing to maintain good mental health”. This is especially the case for men, who often find it harder to speak openly about their wellbeing. “Surfing is a good opportunity for men in particular, but also women, to do something active while also connecting with others, as they wait for a wave together,” she says. “Surfers can talk about things casually, which feels much less intense and confronting.”

With great waves and few tourists, 2020 has provided many on the south coast the opportunity to do just that. “It has been locals only,” says Barrington. “It has been a really good time to chat and connect.”

Nick Hopkins lost his Malua Bay home to the fires. He is still recovering from the trauma. “It was the most sickening day of my life,” he says. “We were sheltering on the beach and could see blackness building in the clouds, coming from the direction of our home. We knew it would be gone. The house was still smouldering when we were allowed back.”

I felt like the ocean was washing through my soul

Hopkins is a regular in the line-up at McKenzies. “Just taking the board down to the beach, getting into the water and paddling away from the charred, blackened environment – that was really symbolic for me,” he says. “It is hard to explain, but to paddle out and duck-dive under an unbroken wave – you can feel the power of the wave. You emerge out the other side with a feeling of being cleansed, leaving behind some of the trauma. I felt like the ocean was washing through my soul.”

Hopkins has been a long-time environmental campaigner, but says the impact of the fires provided further fuel for his activism. “It left me two parts shattered, three parts enraged at successive governments who have failed to take serious action on climate change,” says the retired architect. Surfing helps him “temper this rage”.

Whiteman is another regular at McKenzies. Although he no longer surfs, he likes to sit at a bench above the beach and watch the youngsters, including his grandson, carve up the waves. Whiteman is also, informally, the local surfboard repairer; he says he appreciates the respect the kids show him: “They always say hello when they walk past.”

Whiteman may no longer be in the water himself, but he knows the world of benefit surfing offers to his traumatised community. “It is just such a nice thing to do for your head. It focuses you on what’s important. Surfing might not be the most important thing in the world, but it certainly helps.”

For Barrington, meanwhile, surfing has been an outlet as he deals with being stood down from his airline role for the past six months. “Going out in the water every day has really helped,” he says. “There’s that old Billabong line, ‘Only a surfer knows the feeling.’ Being out in the water – you just feel glorious.”

How Surfers Around the World Are Doing Amid COVID-19