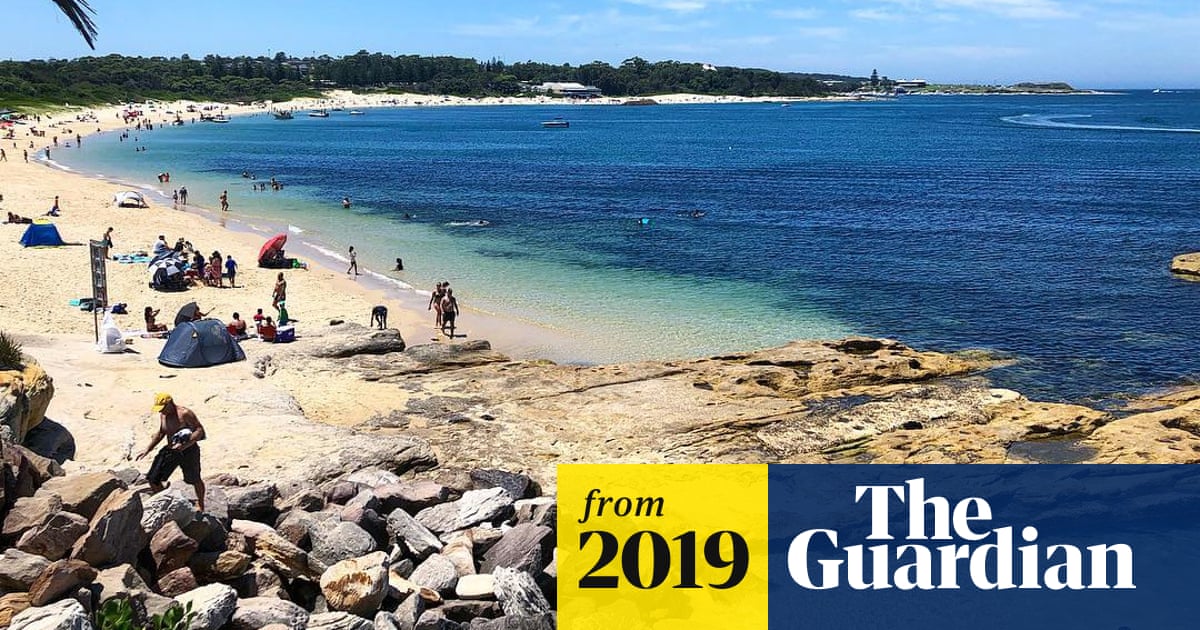 Everyone on the beach at Yarra Bay – from the adults under their umbrellas to the kids in the water watching the cargo ships – has a different reason why it should be saved.

And if the current voting patterns hold, the little-known inlet on the north side of Sydney’s Botany Bay will be crowned one of Australia’s best beaches.

Down past La Perouse, Yarra Bay is a place that not many people realise is even a beach. The name sounds more like Melbourne than Sydney. It’s next to the busiest commercial port in the country. You can see a container terminal from the sand.

But since last Wednesday, Yarra Bay has been topping the charts of Guardian Australia’s best beaches poll. It is poised to win best metropolitan beach in New South Wales, beating Bondi and taking Coogee to the cleaners.

It’s all thanks to a grassroots campaign, Save Yarra Bay, that is trying to stop the beach being turned into a cruise ship terminal. In July last year, the state government chose Yarra Bay as a leading candidate to ease the pressure of the mega-ships in Sydney Harbour.

“It’s so secret, it’s not even on those lists of secret beaches,” says a local resident, Christine Kitamura. Now it has the highest number of write-in votes in any category.

Down by the water, it becomes obvious why this beach is so fiercely loved and defended. It’s the kind of place that should have a complex German word for how surprisingly beautiful it is.

The water is an impossible, incredible blue. They filmed the last scene of Rake here (“one of those days where the water is azure”). The sea is still and calm and kids love it.

The cooling towers and the container terminal are there. But there’s something endearing about it. Like if Blade Runner was a beach. “It’s very Jeffrey Smart isn’t it?” says Kitamura. “You don’t notice it after a while.”

Yarra Bay has a strong Indigenous history. Some families around La Perouse have had, and continue to have, an uninterrupted connection to the land for thousands of years. The sea is home to 17 protected marine species; a colony of seals lives on the point.

It’s near where Captain Cook arrived in 1770, and closer still to the point where La Perouse, the eponymous French explorer, landed in 1788 and set sail a few days later, never to be seen again.

In that vein, Yarra Bay today is still a place for people to access the beach who usually don’t.

“I always say this is where the east and the west meet,” says Maria Poulos, a leader of the Save the Bay campaign. “People come in from the western suburbs, coming in from the M5. Basically it became a safe place for them after the Cronulla riots. After that, a lot of people started coming here.”

Trevor Walker, a local Indigenous leader, says the beach is a place that sustains his culture and the practices of his parents and grandparents.

“I grew up on the beach at La Perouse,” he says. “My mother was living at La Perouse, my father came down from the north coast and met her, and we’ve been here ever since.

“The water was a lot cleaner before the port was put up. We used to eat out of the ocean several times a week. If it wasn’t mussels, it was crabs, oysters off the rock. Bimbalas – the blood cockles – that you can’t find any more.”

“We were practising our culture, learning about the water,” he says. “Kids still do it these days. Usually around October, the blue swimmer crab season starts and you’ll see kids out there looking for them.”

Out on the beach, Elfa, 53, sits under an umbrella. Her husband Bill, 62, comes out of the sea. Maria Maria by Santana starts playing from the speakers of the teenagers nearby.

They came here once years ago and stopped going to any other beach.

“We travel here all the way from the [western suburbs],” says Elfa. “We are not locals. I like the fact that it’s so inclusive. At any point in time you’ll see so many diverse population here. Like the guys next door – they’re probably listening to Arabic music.

“For kids from refugee and diverse backgrounds, there have been so many drownings lately, I think this is such a great opportunity for them to swim without being beaten up by the waves of other beaches.”

Bill says: “It’s for families. This is a predominantly an Aboriginal area, and it’s great because you can see people meeting. Different backgrounds and so on.

“I was just speaking to some people over there, they live in Coogee and they came out here! Can you imagine that? It’s too wavy. I thought ‘Wow’. You live in Coogee, you’re next to the water and you come over here? Yes you do.”

Ffyon, nine but turning 10, is playing in the water with a Sydney Swans cap.

“I like the hermit crabs,” she says. “I picked up two. I like how the water’s nice and cool.”

Her mother, Claire, is there with a friend who points at the containers and the cranes. “That’s a shame,” her friend says. “They should put up a big wall.”

“Now you sound like Donald Trump,” Claire says. They both laugh. “It is what it is!”

And as Yarra Bay climbs the charts, the local residents and the hundreds who make the pilgrimage might finally have proof for all the doubters.

“Along the east coast, the first impact was colonialism. And we’re still here. This is another blow. It will be devastating if they do this to the bay.”

Poulos says: “We keep saying ‘it’s the vibe’ – it’s like The Castle. It may not be the most scenically beautiful beach – even though I think it is – but people love it. They care about this beach.

“It’s a place their children learn how to sail. It’s a place where people have cultural fishing days, where the Greek Orthodox community has their Epiphanies.

“There’s so much here. I’ve been coming here since I was a child, because there is something spiritual about this beach. It’s the most loved beach in New South Wales.”