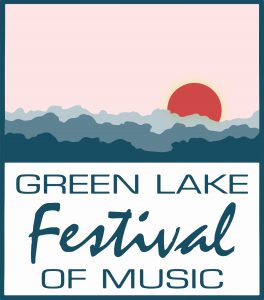 Uncertainties related to this summer amid COVID-19 have led the Green Lake Festival of Music to cancel its 2020 season.

The announcement was made this morning, though the Festival of Music’s board made the decision in early May.

“We are so disappointed that we’re having to cancel the season,” said Maria Dietrich, interim executive and artistic director for the festival, “but out of concern for the health of our audiences, performers and choral participants, we felt this was the only responsible choice for this year.”

The Green Lake Festival of Music (GLFM) is a summer chamber music series founded in 1979 which has grown to include a four-day choral workshop and a two-week chamber music camp in addition to its summer series of 20 concerts and associated outreach events. It typically hosts events in both Green Lake and Ripon.

The organization made the decision in early April to cancel the chamber music camp, which normally hosts two dozen young musicians from around the country. “We anguished over the decision, but eventually decided to cancel, for the health and safety of our students,” says Dietrich. “Sadly, the intimate setting and intensive study of chamber music trios and quartets, along with the close-knit friendships that develop between the players, while normally the strengths of such a program, become a drawback in this season of COVID-19.”

Similar concerns are relevant to the four-day choral program, which would have 50 singers in close contact, working as one body to create music. Travel arrangements were another challenge for the summer, as flights and visas have become more difficult to obtain.

Even though there won’t be live concerts, the organization plans to pay the musicians (the goal is to pay 50% of fees, for artists relief), and re-book as many as possible for the 2021 season. For now, the Festival will connect the artists with the community through Virtual Thursdays with GLFM, a series of online gatherings throughout the summer, featuring the 2020 performers. Details can be found on the website, www.greenlakefestival.org, or by following the GLFM on social media.

The Green Lake Festival of Music is a 501c3 non-profit organization founded to entertain, inspire, and educate through artistic performances and activities of the highest quality.