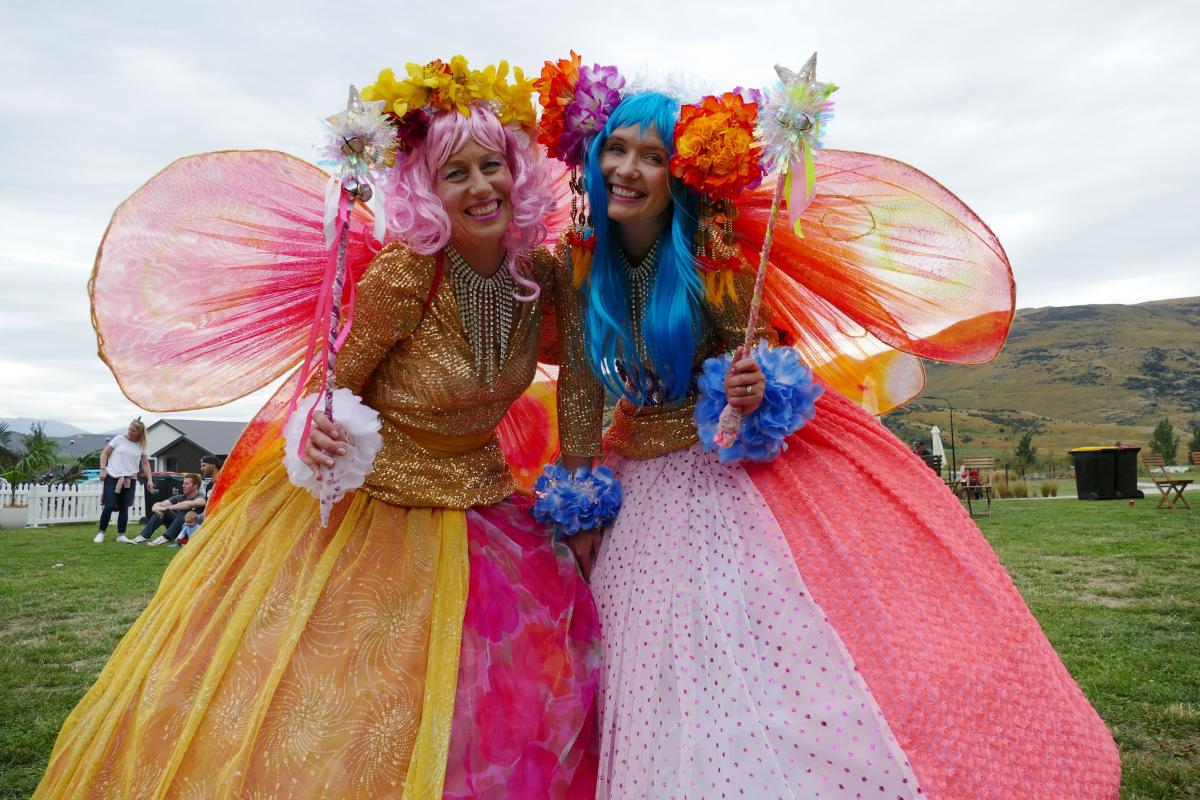 Flame Entertainment fairies Claire Stewart (left) and Wanja Caree-Joll were two of the most popular guests at the inaugural Hanley’s Farm Community Festival held at the new subdivision on Saturday afternoon.

There was a huge turnout for the event, one of the last individual community gatherings held in the Wakatipu this summer.

However, many of those attending the festival do not actually live at Hanley’s Farm — or at least they have not managed to put down roots there yet.

Several people spoken to were building at the new subdivision, near Jacks Point, while others were hoping to one day secure their section in the booming new development.

The subdivision, being developed by Melbourne-based RCL Group, is projected to have about 1750 sections on completion.