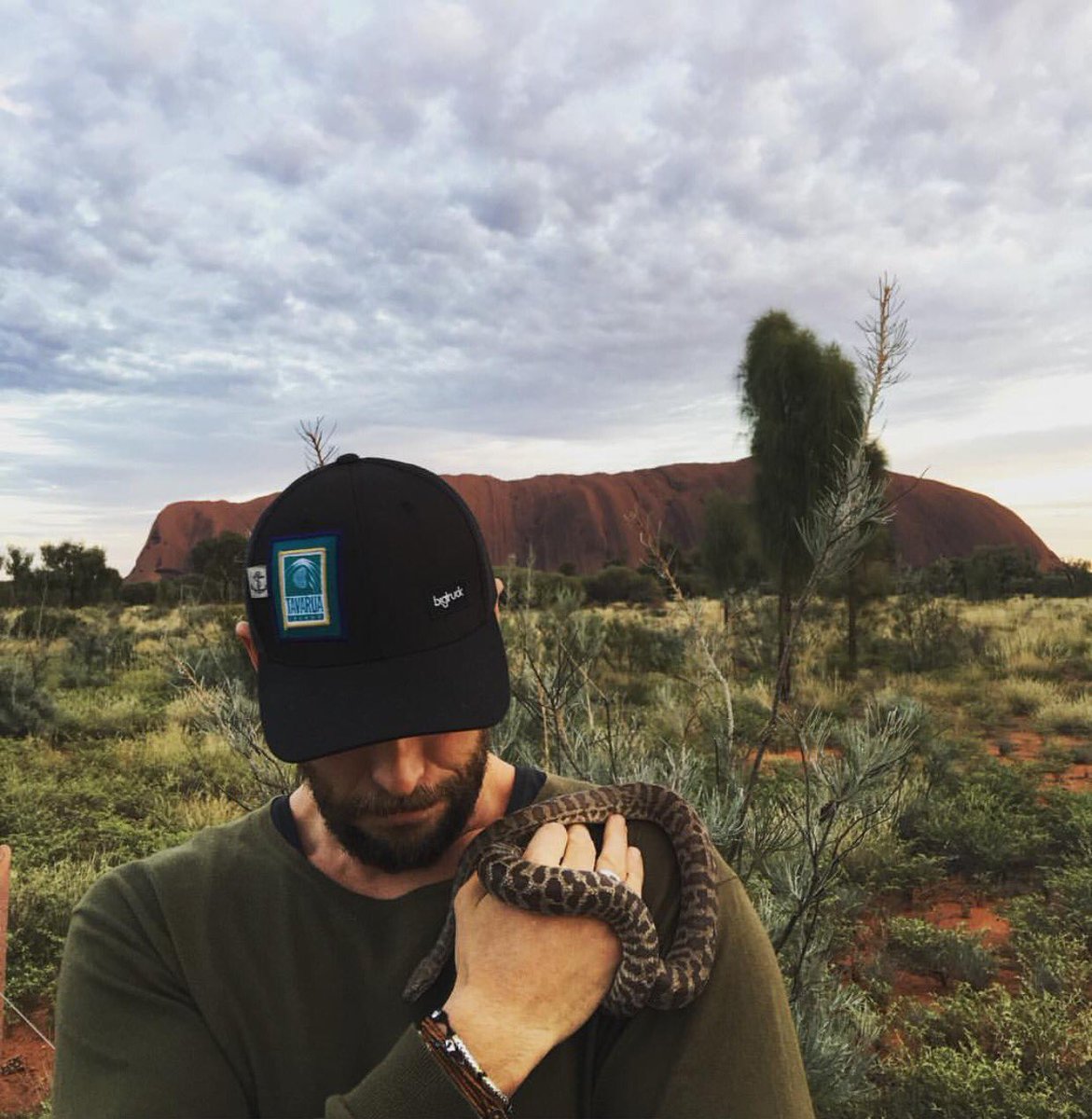 If you haven’t already, now is the time to follow Chris Hemsworth across social media, as he shares his recent famil trip throughout Australia, as part of a Tourism Australia campaign to encourage more international travellers to book an Australian holiday.

Tourism Australia hopes that images of its global tourism ambassador enjoying Uluru, the aquatic delights of the Whitsundays and Great Barrier Reef, as well as the spectacular gorges and waterholes of the Kimberley will inspire Hemsworth’s fans and followers to follow in his footsteps.

Hemsworth and his wife Elsa will share photos and video taken during the trip with their combined 10 million social media followers as well as a similar number of social media fans and followers of Tourism Australia, the state and territory tourism organisations and the industry operators featured in the ten day famil trip.

The social media drive will be backed by new destination content and itinerary ideas inspired by the Hemsworths’ trip published on Australia.com, Australia.cn and made available to the ‘Aussie Specialist’ agents overseas to help inspire Australian holiday bookings.

Tourism Australia managing director, John O’Sullivan, said Chris Hemsworth had already generated huge worldwide exposure for Australia as Tourism Australia’s global ambassador by voicing the new TV ad and through personal appearances overseas and in Australia.
“Chris Hemsworth is already lending a genuine Australian voice to our campaign. This famil has taken that sense of authenticity a step further, giving him and his family the chance to show the world first-hand what it feels like to immerse yourself fully in an Australian holiday,” O’Sullivan said.

“Chris made it very clear to us when we first discussed this ambassador role that he wanted to explore parts of the country he’s not had the opportunity to visit and we were only too happy to work with our state and territory tourism partners and the industry to put together a pretty special famil visit that ticked those boxes.

“Advocacy is an increasingly important part of our marketing strategy. The huge profile which Chris enjoys internationally will ensure that these amazing Australian destinations, tourism product and experiences are showcased to millions,” O’Sullivan said.

Hemsworth said the destinations he’d visited and the experiences he’d undertaken had been unforgettable and a powerful reminder of the raw nature and often hidden gems available to international visitors and also Australians wanting to explore Australia.

“Spending ten days exploring Australia with my family has been the most incredible experience and one I will never forget,” Hemsworth said.

“Growing up in Australia, you can sometimes take it all for granted. But after being away for ten years and coming back, exploring some of the most beautiful places I’ve ever seen, this experience reminded me how unique and impressive Australia is and how lucky we are.”

“The diversity of Australia is what always surprises me. From the Red Centre and Uluru with rich desert landscapes, to stunning gorges and remote waterholes of the Kimberley, to vibrant islands like Hayman island where you have crystal clear water and white sand beaches. Australia really does have it all,” Hemsworth added.

The Hemsworths began their journey at Uluru and Kata-Tjuta National Park, experiencing the heart of Australia for the first time, staying at Sails in the Desert and visiting the sacred sites of Kuniya Pitti, walking amongst Bruce Munro’s Field of Light art installation and enjoying a sunrise meeting with the local Anangu people.

They then travelled into the Kimberley region of Western Australia, staying at the Berkeley River Lodge, enjoying barramundi fishing, a private river cruise to Casuarina Falls, swimming in the waterholes of Berkeley Creek, a 4WD beach drive and an outback helicopter trip to secluded billabongs.

The family then spent five nights in the Whitsundays at One&Only Hayman Island, from where Chris went scuba diving for the first time, sunset sailing, beach water sports and boats excursions to nearby island attractions such as Langford Island and Whitehaven Beach.

The strong aquatic theme to the itinerary aligns closely with Tourism Australia’s current global campaign, the latest iteration of its There’s Nothing Like Australiacampaign.

Since its launch, the new campaign ad, virtual reality (VR) and 360 videos have been viewed more than 10 million times across Facebook, YouTube and Australia.com and helped boost leads to industry partners by 77 percent.

26 of the World’s Best Hidden Beaches