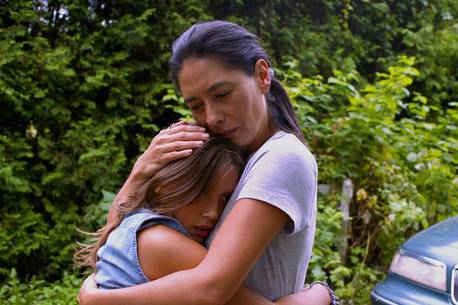 Films from a diverse range of communities, panels that include a look behind the scenes at Diggstown and live performances by up-and-coming artists are all part of Halifax’s 11th annual Emerging Lens Cultural Film Festival, returning with in-person events from April 21 to 25.

The festival begins on Wednesday, April 21 with the opening night film The Rustic Oracle, screening at the theatre in Pier 21. Filmed in Oka, Que., the film is a moving story of an Indigenous mother searching for her missing daughter, accompanied by Carna Morton’s animated The Shell I’m In and the Halifax-shot short Keep by Koumbie and Taylor Olson.

“We are building positive relationships with communities and their growing interest for cultural films that reflect and speak to their identity,” says the announcement for this year’s festival.

“You won’t find our stories on television and yet they are more interesting, powerful and compelling when told in our own way.”

The week’s free events also include a selection of short films from Canada, the U.S., Brazil, India and Ireland at the downtown Light House Arts Centre on Thursday, April 22; international shorts for all ages at the Halifax North Memorial Library on Friday, April 23; and on Saturday, April 24 at the Henry G. Bauld Centre in Dartmouth, a collection of films by African Canadian filmmakers, including Gary Beals’ Good Love and the Nova Scotia documentary Artist in the Black about the need for greater diversity, access and inclusion in the arts.

On Sunday, April 25, The Emerging Lens goes behind the scenes with its workshops Breaking Through the Screen for African Canadians: Black Film Crew Matters at 3:30 p.m. and a Masterclass with the award-winning writer and producer Floyd Kane, creator of the hit CBC-TV series Diggstown, shooting its third season in Halifax. The location for these two events is TBD, visit www.theemerginglens.com for updates.

All events are held free-of-charge in accessible venues, however, space is limited due to public health protocols and pre-registration is required through Eventbrite, with links for each screening and panel on the festival website at www.theemerginglens.com.