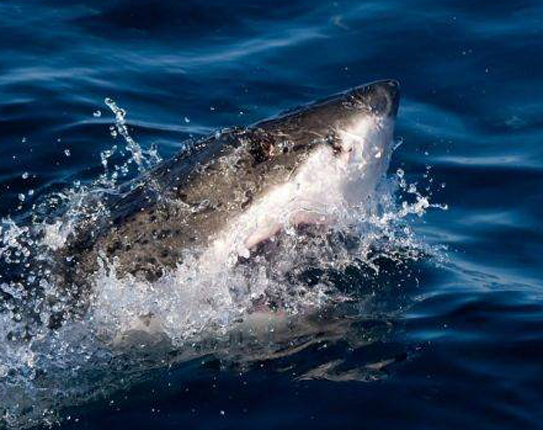 A great white shark killed an American diver yesterday in the third fatal shark attack in recent weeks off the coast of Western Australia.

The state government has promised to hunt the killer and is considering more aircraft surveillance off west-coast beaches. Australia averages fewer than two fatal shark attacks a year.

The 32-year-old American man, who is yet to be named, was diving alone. The first sign that he was in trouble came when a stream of bubbles rose beside his boat. His two companions watched in horror as his body floated to the surface and a 10-foot great white swam away.

The shark struck 500 yards out from the tourist haven of Rottnest Island. A 64-year-old Australian, Bryn Martin, is believed to have been killed by a great white on 10 October while swimming from a beach in Perth, 11 miles to the west. Authorities cannot say whether the American was killed by the same shark. But an analysis of Mr Martin’s swimwear, recovered from the seabed near the buoy, recovered from the seabed, suggested that a great white shark was the killer. No other trace of the swimmer has been found.

On 4 September, Kyle Burden, a 21-year-old Australian, died on the same stretch of coast after his legs were bitten off by a shark said to be 15 feet long.

Sign up for news and advice on saving the planet

Chris Hemsworth on home, Australia and his 10 favourite places | The Flinders News