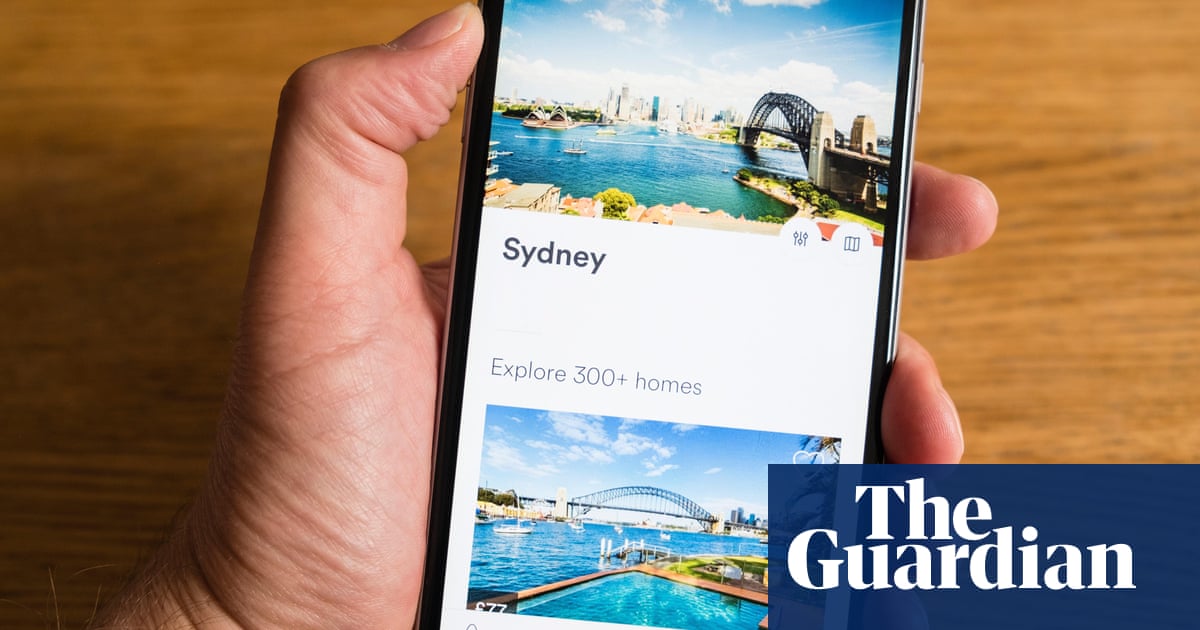 Airbnb was built on the premise of bringing the world closer together. Tourists could travel like locals, while locals could cash in on their desirable neighbourhood properties by letting those visitors in. Last year the company was estimated to be worth more than US$30bn. It is scheduled to go public in 2020. Then came the Covid-19 pandemic.

Travel is suspended. Australians are almost entirely confined to their homes. Now the once heralded disruptor is seeing a collapse in bookings. The hosts who have become reliant on income-generating properties to pay their bills are being bled dry by a lack of business, and already-suspicious neighbours are up in arms over the potential that short-term renters may spread the virus.

In the decade before the pandemic, Airbnb became “this very attractive thing”, says Chris Martin, a senior research fellow at the University of New South Wales’s City Futures Research Centre. The platform, and others like it, fundamentally changed not only the travel industry but housing and rental markets. A home is no longer just a home, Martin says. “[The company] tapped into the idea that a person’s house can also be viewed as an asset that has capacity for generating income.”

This shift “massively upped the scale of [short-term rental]”, which in turn put pressure on residential rental markets. The changes have resulted in lawsuits in the US and a petition by 10 cities to the European parliament in 2019. There are more than seven million Airbnb listings spread across 100,000 cities – with an estimated 346,581 listings between July 2016 and February 2019 in Australia alone.

‘The whole industry has fallen through’

Stephen Colman, who was an Airbnb host and ran an Airbnb management business up until last year, says “the whole industry has fallen through”. Many hosts are either pulling out of Airbnb to find cheaper long-term tenants or have been offering “14-day isolation suites”.

The former, Colman says, will come with a long wait and big rent cuts, as everyone else rushes to do the same. The latter is even more fraught. This week the Greens state MP for Ballina, Tamara Smith, called on online holiday booking websites such as Airbnb and Stayz in the Byron Bay region to stop marketing regional properties as ideal places for self-isolation, saying it wasn’t fair on regional hospitals and communities.

“There are real concerns around cleaning stuff,” Colman says, “How many hours between checkout and check-in … [Hosts] have seen a fightback from body corporates who are just outright cancelling the key fobs for anyone who they believe is doing Airbnb. They’ve just gone ‘we’re going to take this hard line to protect the safety of our long-term tenants’.”

Jane Hearn, deputy chair of the Owners Corporation Network, has argued that opening Airbnb properties for quarantine “increases the viral load on apartment owners and tenants”. Resident advocacy groups such as We Live Here and Neighbours Not Strangers were already lobbying against Airbnb on behalf of local communities who were sick of rowdy travellers in their apartment complexes. In a letter to New South Wales premier Gladys Berejiklian on 1 April, Neighbours Not Strangers called for an immediate ban on all short-term rentals, due to the risks from Covid-19.

Airbnb does not support reservation requests from users who are showing symptoms, or those who are awaiting test results. Last week the company instituted a ban on any listings that “reference Covid-19, coronavirus or quarantine” and listings which “incentivise bookings through Covid-19-related discounts, stocks of limited resources, or the highlighting of quarantine-friendly listing attributes”. The company’s updated instructions for cleaning and hygiene recommend hosts stock their properties with “a few extras” like “antibacterial hand sanitizer, disposable gloves and wipes, hand soap, paper towels, tissues” … and toilet paper.

The government has now mandated that all international arrivals must complete their quarantine at designated pre-booked hotels. But, before that, some Australians were happy turning to Airbnb. Comedian Alice Fraser is currently in a “good value” Bondi Airbnb after returning from London. She saw Airbnb as “the responsible option”: “[It’s there] for people who don’t have favours to call in, or family who happen to have a massive home that can be segmented into parts.”

Lisa Porgazian and her husband have listed their three Gold Coast apartments on Airbnb for the past four years. Now the properties are empty, and the mortgage payments will come out of the couple’s superannuation. “We were relying on this for our income, as well as our retirement plan,” she says, distraught. “Now that’s completely died in the arse.”

Porgazian, a 46-year-old former IT contractor, has been managing her property portfolio full-time. She’s unable to work in many other jobs due to rheumatoid arthritis. “I’m earning zero. My husband’s earning zero. And we’ve still got these mortgages to pay.”

With the spread of Covid-19, a downturn in business was inevitable. But many Airbnb hosts were shocked at how quickly it came. The company introduced a policy earlier this month allowing all guests who booked prior to 14 March (and were checking in no later than 31 May) to cancel existing bookings for free. Porgazian says this left hosts holding the cheque.

“We lost everything straight away … Everything is cancelled, basically until Christmas.”

Susan Wheeldon, Airbnb’s country manager for Australia and New Zealand, said offering these free cancellations “wasn’t an easy decision”, but it was one made with “public health considerations” front of mind. “The primary consideration for us was protecting the wellbeing of the community.”

‘There’s not enough tenants to fill these places’

Travis Lipshus, a real estate agent in Byron Bay, thinks this chaos for Airbnb hosts could result in cheaper long-term rent for locals. He’s getting flooded with properties from Airbnb hosts who now need permanent tenants. But with so many of the town’s hospitality staff and backpackers currently out of work “there’s not enough tenants to fill these places”.

If rents did lower, it would be a massive relief. It’s notoriously difficult for locals to find affordable rentals in Byron Bay, as 17.6% of properties are listed as holiday accommodation. “Airbnb should be banned up here,” Lipshus says. “The cost of living is insane. I’ve lived in all sorts of places here, and it’s not uncommon to pay at least 50% of your wage in rent.”

Martin describes the current regulation around Airbnb as “really quite liberal”. He says at present, it “didn’t seem to fit well with highly local impacts. Local councils [should] have a strategy and a plan around short-term letting – especially around limits.”

For now, he is not so certain we’ll see a drop in rents. “Landlords may still withhold properties and leave them vacant instead,” he says. “For whatever reason, that seems to be a surprisingly common scenario in the high-pressure [locations].”

Wheeldon says that Airbnb “has not seen a material drop in the overall number of listings on our platform. While the Covid-19 crisis has significantly disrupted the tourism industry and wider economy, we know that travel is resilient in the long term and will ultimately recover.”

But will the hosts recover?

“We know our hosts are doing it tough,” Wheeldon says. The peak body representing Airbnb and other short term rental companies has sought urgent support from the federal government for hosts in the form of mortgage payment deferrals, among other measures. For many, that may not be enough.

“A lot of people have over-leveraged themselves with these properties,” Lipshus says. “The upper-middle class are probably going to be fine. But the middle class – the ones taking risks, trying to get up that class ladder – they’re going to be pretty fucked.”

Lisa Porgazian knows what people are saying. “The criticism that we’re getting is ‘well you shouldn’t have a business if you can’t pay for it’, but who ever predicted something like this?”

Don’t miss these 5 summer activities in Victoria this year