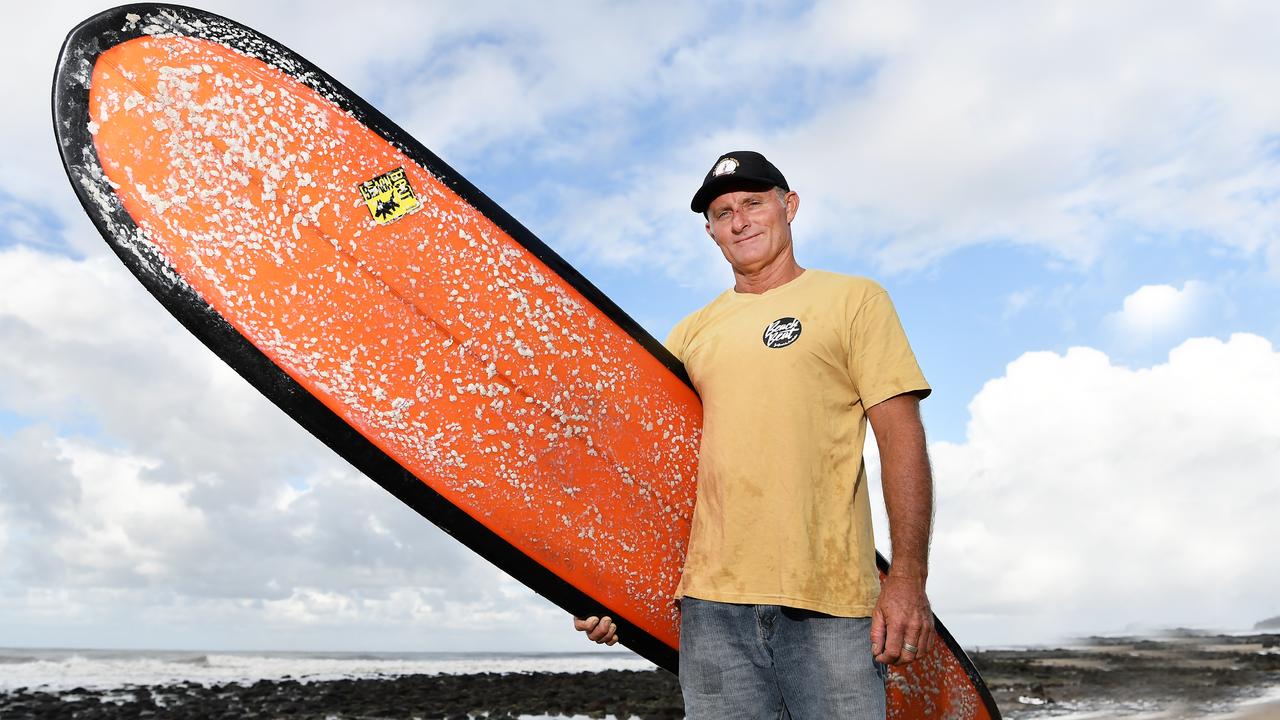 A DREAM long thought passed has popped back up, and now popular Alexandra Headland surfer Damian Coulter is weighing up whether to chase it down.

Mr Coulter, a plumber by trade, has landed himself in the top-50 of the World Surf League Men’s Longboard Tour, on the back of a third-round appearance at the Noosa Longboard Open.

The WSL has him currently listed as equal-48th on the leaderboard after the first event of the year at Noosa.

“I’ve got a lot of positive feedback which is good.”

“I would love to go. You never know what happens,” he said.

“If you can get a good result anything can happen.”

Mr Coulter had competed in professional longboarding events around Australia in his younger days, but never expected he’d find himself in a position where he could be a world tour surfer.

He said he was watching the Noosa event last year and thought he was good enough to compete, having spent the past 35 years surfing the best of the Sunshine Coast’s breaks.

“Not too many 50-year-olds can say they’re equal 41st (previous ranking) in the world),” Mr Coulter said.

“I didn’t really expect it.”

Anyone interested in helping Mr Coulter with sponsorship was encouraged to reach contact him via social media.