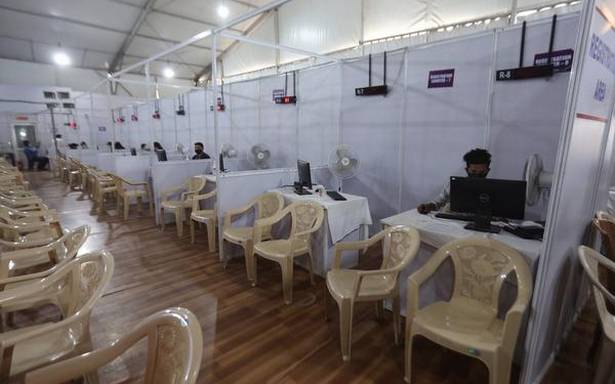 BJP-ruled States like Gujarat are being supplied larger quantities than the State, it says

Hitting out at Prime Minister Narendra Modi’s “vaccine festival” from April 11-14 to step up mass vaccination, the Maharashtra Congress on Sunday questioned the idea at a time when vaccination centres across the State were rapidly shutting down and the BJP government at the Centre was allegedly politicising vaccine deliveries.

Maharashtra Pradesh Congress Committee (MPCC) chief Nana Patole said while ramping up vaccination was undeniably the need of the hour, how was Maharashtra, the worst-hit State, supposed to maximise its inoculation when the Centre was not supplying enough doses.

“Prime Minister Modi has urged Tika Utsav from April 11 to 14. How can a ‘festival’ be held when most of the vaccination centres in the State are closed due to lack of vaccine supply? To make matters worse, the BJP at the Centre is playing politics over stocks despite our State achieving the highest vaccination and sample testing numbers,” said Mr. Patole.

He accused the Centre of not giving Maharashtra an abundant supply of vaccines despite repeated demands from the State government.

“BJP-ruled States like Gujarat, which has a much smaller population than Maharashtra, are being supplied with vaccines in much larger quantities. It is unfortunate and irresponsible that the Centre is politicising this issue at such a grave moment when large numbers of patients are dying from COVID-19 here,” he said, adding that the Congress would continue to agitate outside vaccination centres till the Centre streamlined the supply.

Nationalist Congress Party (NCP) and Minister Nawab Malik said more vials of the remdesivir were being given to Gujarat than to Maharashtra which had more pressing need of it.

“The whole country is reeling from the shortage of remdesivir. While the Maharashtra government has some stock, a lot of private hospitals in the State have exhausted their supplies. With the State reeling under the second wave of the pandemic, the announcement made by the Gujarat BJP president of distributing remdesivir from the BJP’s Surat office raises a lot of questions. Is the Centre being partial to Gujarat while sacrificing Maharashtra?” he said.