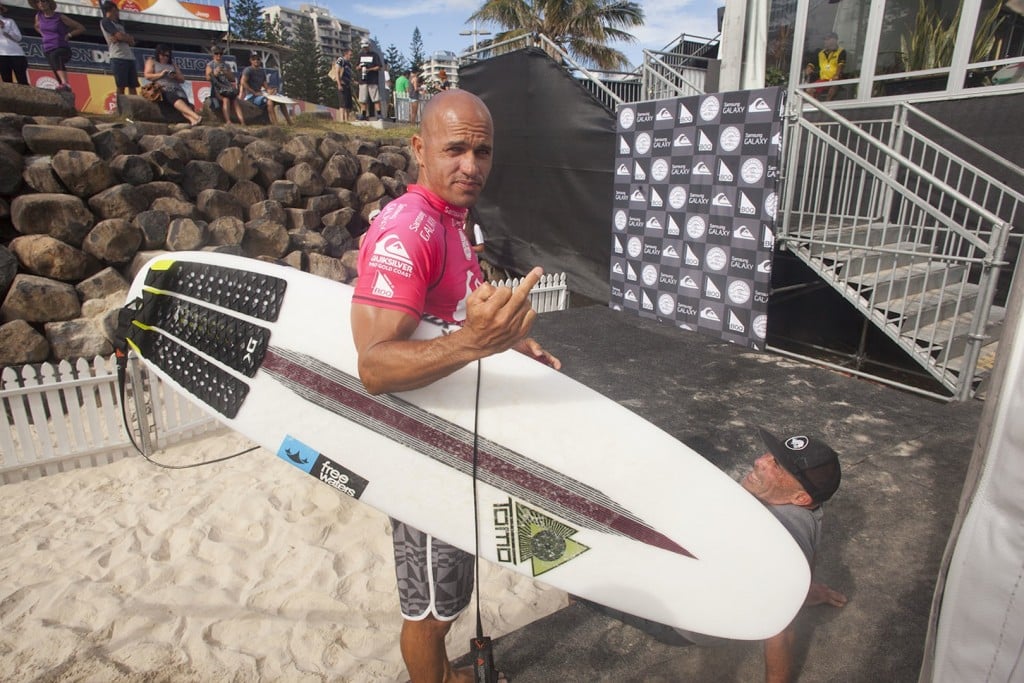 “They are coming in and taking money from everybody, from retailers to board builders and everybody in between.”

One week ago, it was reported, here, that the gorgeous new six-thousand square-feet JS Surfboards warehouse in Oceanside, forty miles north of San Diego, had been tagged with the phrase: “you fuk up! fuck ozz. O’side. Get out!!!”

Australian Jason Stevenson, who is one of the world’s great shapers and owner of the epoynmous brand, began his pivot to the US market five months ago when he sponsored Conner Coffin, a Channel Islands rider for sixteen years.

Conner, whose over-easy haircut rivals Strider Wasilewski’s for lesbian chic, is the face of JS’s push into the direct-to-consumer market in the US, a compelling sell to cutback aficionados across America.

JS Surfboards are manufactured in Australia and Thailand and imported into the US, a thorn in the paw of some Oceanside locals and surf-biz owners.

“It’s like freaking locusts descending on us,” one local surf shop owner told The San Diego Reader. “It’s like they have a scorched earth plan as they dump boards on us from out of the country. We make more boards here in Oceanside than any other town in the United States. They are coming in and taking money from everybody, from retailers to board builders and everybody in between.”

Former pro surfer Heath Walker, the prez of JS’s US Operations and a Carlsbad resident for most of the two-thousands, told the Reader that the graffiti “hurts a lot, I’m not going to lie. It really took a chunk out of my armor. But we are here for the long term and I know getting acceptance will not happen overnight… We’re living in a world of shit sandwiches right now. Our objective is to be a positive person in the community. It takes time.”

One local shaper, Gary Linden, who shuttered his own operation after forty years to make way for high-end condos in town, is moving his operation directly across the road from the JS Warehouse.

He says, “Nobody is hurting. I don’t see why anyone should be complaining. Like anything, it is not correct to blame the supplier. It’s like drugs or anything else, you should always look at the consumer. Nobody is forcing anything down anyone’s throat. I sent a message to them and said ‘Let’s collaborate.’”

A t-shirt is circulating with the J.S. Industries’ tractor logo and the tagline, “BUILT FOR GREED…JUST SHIT INDUSTRIES.”

A little unfair, I think.

Whatever their country of provenance, south-east Asia or south-east Queensland, the surfboards cannot be accused of poor design nor inferior quality.

At least from my experience.

Charles Wooley: Only way to keep our economy afloat is to employ locals like Bob Clifford