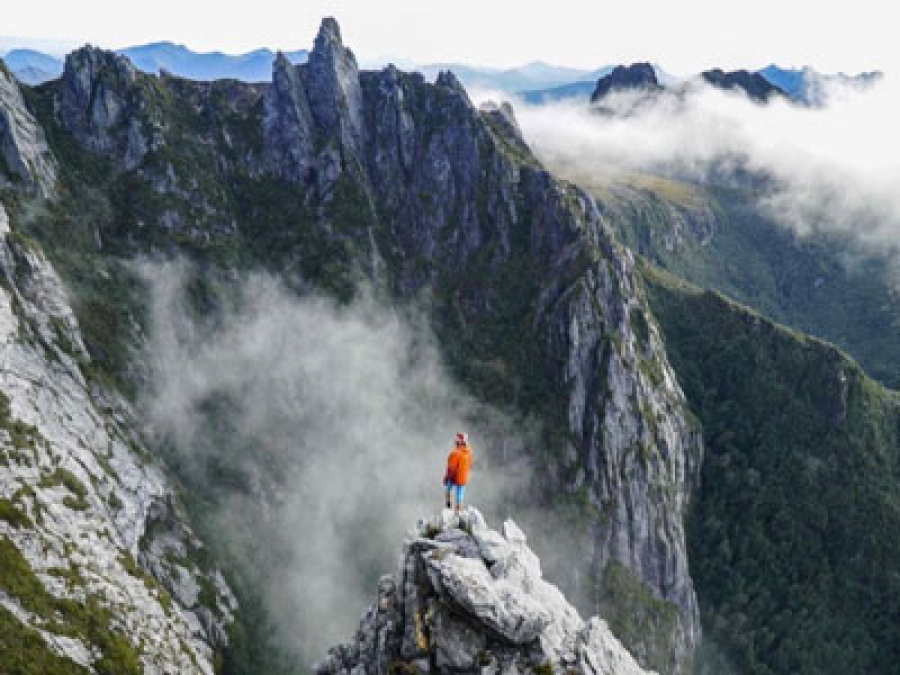 There’s a section of mountain in southern Tasmania that sends a shudder down the spine of even the most seasoned mountain climbers.

Blade Ridge, on the northwest face of Federation Peak, is home to some of the most treacherous climbing conditions in Australia, if not the world. Those brave souls who wish to try their luck at trekking the Ridge can look forward to knee-deep mud, tangles of vines, freezing cold, relentless rain, and leeches, not to mention soaking clothes, backpacks and sleeping bags for the duration of the climb.

This is something Andy Szollosi can attest to. He and fellow climber Mickolas Wright recently encountered each of those horrors while attempting to reach the top. “The conditions? Terrible,” he told the ABC.

Reportedly referred to by Sir Edmund Hillary as “Australia’s only real mountain,” the Ridge is at its most dangerous during winter, which just happens to be the month Szollosi and Wright attempted their climb. And when we say ‘attempted’, we mean ‘completed’, too. In just 12 harrowing hours, the duo managed to become the first known climbers to conquer Blade Ridge.

Thankfully (and also crazily) the climbers were joined by three camera people and a host of other crewmembers, to bring the terrifying experience to the screen. You can view the finished film here.

The Basket Houses of Iraq

Rare Aerial Snaps From the Coldest Place on Earth