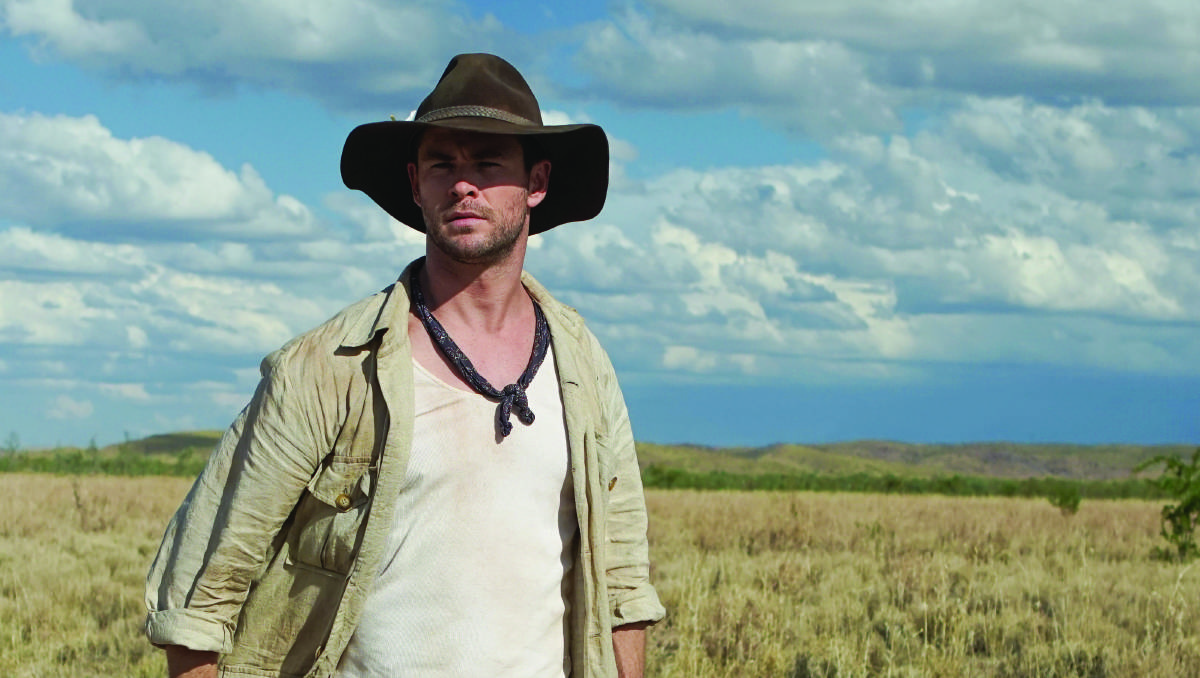 When Chris Hemsworth and his friend Matt Damon touched down in Carnarvon, Western Australia, for a fishing trip, it had an electrifying effect on the local tourism industry. The two Hollywood stars and best mates picked up hire cars in Carnarvon and headed out to the remote surf break of Red Bluff.

The prize for WA was that Hemsworth could post to his 38 million Instagram followers all over the world. And he did.

The pair had arrived unannounced. And their travels produced some piquant moments.

Tel-O-Mac Tackle Shop employee Rob Layton told his local newspaper he was “like a deer in the headlights” when Hemsworth and Damon walked into the store.

Hemsworth, one of Australia’s best-known acting exports, has circumnavigated the world for his films. He’s been to Scotland for his role as Thor and to Spain to film scenes for the adventure-drama In the Heart of the Sea.

But there’s no place like home. In 2015, Hemsworth and his family relocated from California to Byron Bay in northern New South Wales.

Their new palatial home is about to be completed – and Hemsworth is now the face of Tourism Australia’s “Come Live Our Philausophy” campaign, alongside Paul Hogan and chefs Curtis Stone and Kylie Kwong, amongst others.

The new campaign aims to boost our appeal to overseas visitors by emphasising our relaxed way of life, love of nature and sense of adventure – all qualities Hemsworth epitomises.

“Growing up in Australia, you can sometimes take it all for granted,” says Hemsworth.

But after being away for 10 years and coming back, exploring some of the most beautiful places I’ve ever seen has reminded me how unique and impressive Australia is. And how lucky we are.

Since Tourism Australia announced Hemsworth as its global ambassador in 2016, the actor has embarked on the enviable task of touring our Great Southern Land.

It’s certainly paid off. It is estimated he has generated $170 million worth of advertising value since he was made an ambassador.

But for Hemsworth, it’s not work. It’s a pleasure.

“Exploring Australia with my family has been the most incredible experience and one I will never forget,” he says.

“The natural beauty of Australia always surprises me, from the Red Centre and Uluru’s desert landscapes to the gorges and remote waterholes of the Kimberley, to vibrant islands like Hayman Island where you have crystal-clear water and white sand beaches. Australia really does have it all.”

Hemsworth’s trips to remote Australia have created huge interest around the world – not just because he is an ambassador but because he genuinely loves his homeland.

When asked to name his must-visit places, Hemsworth points straight to the country’s “vibrant and pristine coastlines”.

It’s been a life-long love of the water for the star: he grew up having family beach holidays, learnt to surf on Phillip Island and has fished with his brothers in the Northern Territory.

“The surf breaks are some of the best in the world, from Tallow [Beach] in Byron and Snapper Rocks on the Gold Coast to Bells Beach in Victoria near where I grew up, over to Margaret River in Western Australia.”

Talking about Australia is a labour of love.

“It’s beautiful, with incredible surf and not too crowded – but maybe that won’t be the case now that I’ve talked it up!”

“I went scuba diving on the reef for the first time which was amazing. There is more sea life and vibrant colours of coral than I’ve ever seen. It’s like visiting another planet. Flying over the reef and seeing the changing blues and greens was incredible. Such intense colours and contrast to the white sand.”

“We went hiking and fishing for a day [in a location so remote they had to be choppered in] and caught a lot of barramundi,” says Hemsworth, adding he and his mates were on the watch for crocodiles constantly.

“Trying to catch a fish while looking in a 360-degree loop is a bit tricky.”

“One of my favourite spots to surf. I spent a lot of my childhood there and have great memories growing up with my brothers.”

“This place is responsible for my love of the ocean. I camped here every Christmas with my family and it has everything; white sandy beaches, crystal clear water, great surf and an abundance of wildlife.”

“Raw and rugged coastline paired with some of the most incredible bushwalks you’ll ever experience.”

“Perfect for families, it’s where a waist-deep,crystal-clear coastal estuary meets the ocean. This beach is kid heaven.”

“It’s a protected marine park so there’s an abundance of sea life for divers.”

“Absolutely stunning. The most pristine white sand, crystal clean water. The perfect spot to just unwind, surrounded by the reef.”

The trans-Tasman travel bubble is here! Where should New Zealanders go? | New Zealand