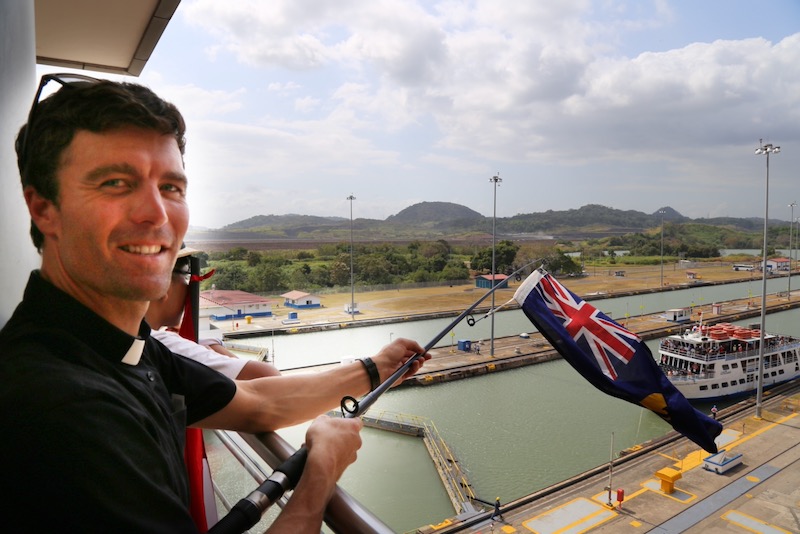 An Australian Catholic priest has helped rescue a surfer being attacked by a four-metre great white shark, paddling straight towards the danger.

Newly ordained Fr Liam Ryan, 33, a keen surfer, said it was the grace of God that gave him courage to act in the moment.

“There’s something deep inside you that wants to help,” Fr Ryan said after a daring rescue at Western Australia’s remote Bunker Bay beach, south west of Perth.

Fr Ryan was just metres away in deep water when a huge shark mauled 28-year-old Phil Mummert, sinking its jaws deep into his upper leg and biting a huge chunk out his surfboard.

The young surfer instinctively shoved his damaged board into the shark’s mouth and then fought with his bare hands.

Fr Ryan said it was eerily silent for a moment. The great white disappeared underwater and Mr Mummert was stranded in the water.

“I saw him off his board, looking really lost and there was half a board floating there,” Fr Ryan said.

“And then we saw this huge breach. The shark rolled onto him… and then went back under.”

“I started screaming ‘help him, help him’.”

Another surfer, Alex Oliver heard the cry for help, paddled towards Mr Mummert now bleeding profusely, pulled the injured surfer onto his long board and together with Fr Ryan paddled safely to shore.

“As soon as we got into the shallows, someone clamped the wound (on his upper leg) with his hand to slow the bleeding,” Fr Ryan said.

“Not only did he risk his own life to help save Phil’s, he then sprinted all the way to the end of the beach (about one kilometre) to tell me what happened and got everyone else out of the water,” she said.

“I honestly don’t know how a person can see a total stranger getting attacked by a four metre great white shark and swim towards to save him so we are beyond grateful to everyone that helped save Phil’s life.”

After the young surfer was airlifted to hospital, Fr Ryan said he slipped away from the bystanders on the beach in search of a “quiet moment of solitude in the sand dunes”.

“I had a little bit of a cry, and just blessed the Lord,” he said.

After hospital surgery, Mr Mummert made a quick recovery. He has used media interviews to thank his fellow surfers for their bravery towards a stranger. 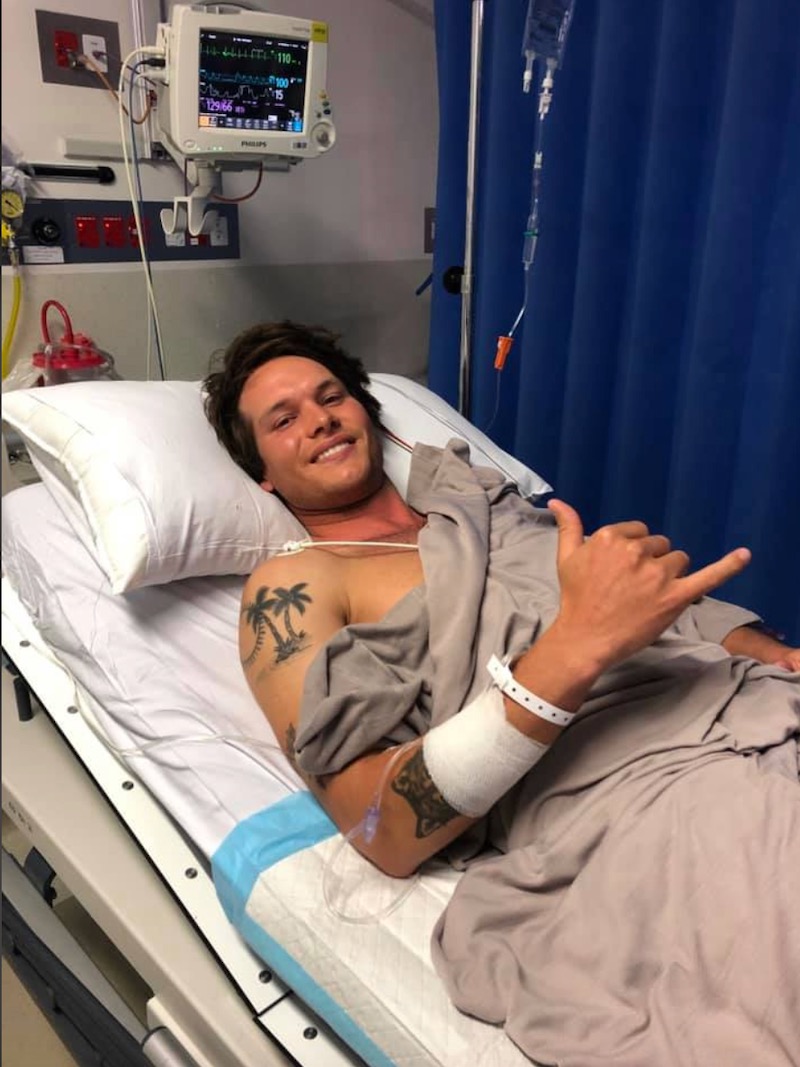 “They risked their own lives to come and help me out,” Mr Mummert said.

“I wouldn’t be here today without them.”

Fr Ryan said he knows the dangers of the ocean – there have been five fatal shark attacks in Australian waters in 2020 – but it is his way of relaxing, looking after himself and “enjoying what God has created”.

One of ten children, Fr Ryan grew up in a tight Catholic family, surfing and “nurtured by the way of God”.

He was on annual leave after his first year as an assistant parish priest when he went surfing at Bunker Bay on July 31.

He headed out for an afternoon surf with his best mate, Jess Woolhouse together and were amongst a dozen surfers catching waves about 60 metres from the beach.

“The interesting thing for me is that apart from me and Jess we were all strangers out there,” Fr Ryan said.

“No one is a stranger now. I look at a face and I think, that guy’s got a story behind him, people who love him.

“That appreciation of humanity is a change in me – knowing there is a bond, guys who are willing to help out, to risk, their life.

“Christianity is built on that principle of someone giving their life for you.”

Fr Ryan said it was important for him to return to the ocean as soon as possible, “to reconcile with the place and to face that experience”.

He said: “I didn’t want that one event, traumatic as it was, to take away all that surfing has meant to me – all the good surfs and the people I’ve met.

“I went back there the next day, did a morning prayer (on Bunker Bay beach) and a Eucharist.  And there was a second reading that said “Nothing can separate us from the love of Christ. How true that is.

“You come face to face with what would be one of the greatest fears for a lot of people, a lot of surfers… but what gives you strength in that moment is the grace of God.”

Fr Ryan was ordained in August last year after completing studies at Perth’s “Redemptoris Mater” Missionary Seminary for the formation of priests in the Neocatechumenal Way.

“I feel grateful for where God has taken me, I don’t know what else he has in store,” Fr Ryan said.