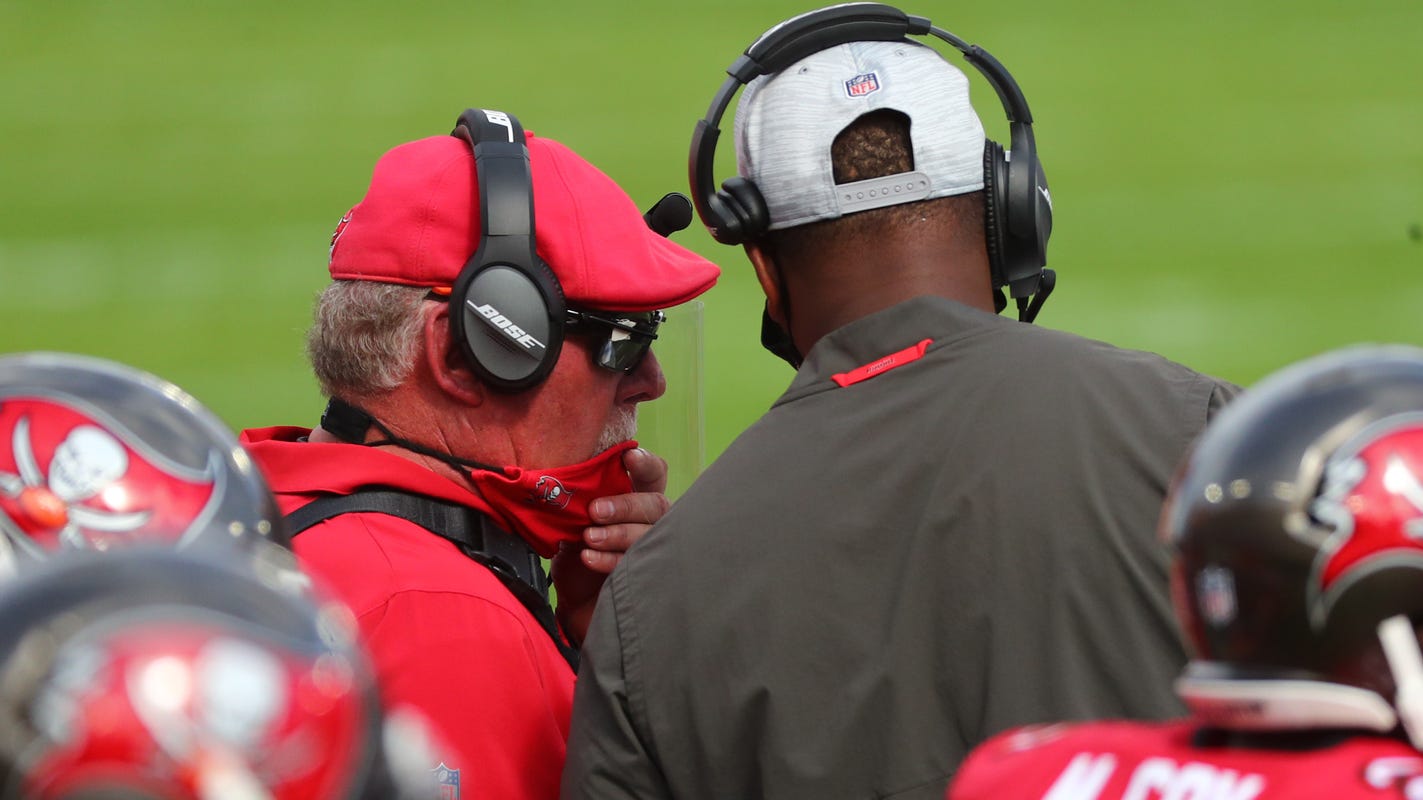 SportsPulse: We are down to the final four in the NFL. Mackenzie reacts to the biggest storylines from Sunday’s divisional round action.

Bruce Arians swears he might not have come out of retirement in 2019 to take over the Tampa Bay Buccaneers if Byron Leftwich were not riding shotgun.

“I needed somebody to be the offensive coordinator,” Arians, 68, reflected on Monday for USA TODAY Sports. “I didn’t want to have to do that. Health-wise, for one thing. And then I just wanted to watch him grow.”

When Arians, who previously coached the Cardinals for five seasons, came back from a one-year hiatus, his health was such a concern that the Bucs had him take a physical as part of his interview process. He has beaten cancer three times, most recently in 2017 when part of a kidney was removed to combat renal cell carcinoma.

“I probably wouldn’t have gotten back into coaching if I hadn’t gotten him, because I didn’t want to call the plays,” Arians added of Leftwich. “And I trust him where I don’t trust anybody else.”

HOW LONG IS THE NFL CONCUSSION PROTOCOL? Here’s what it will take for Patrick Mahomes to play in AFC title game

OPINION: Texans are a disaster and star Deshaun Watson is unhappy – but there is a path that may save team

Not long ago, Leftwich would not have been an option. It took a few years of “recruiting” by Arians to convince Leftwich — one of his backup quarterbacks when Arians coordinated the Steelers offense — to consider a coaching career. Leftwich, a former first-round pick and Jaguars starting quarterback, began his second career on the Cardinals staff in 2017.

Look at them now. The Bucs, with Tom Brady still throwing down, are headed to the NFC championship game Sunday in Green Bay. But this is so much deeper than the story of a rising star in the coaching ranks making good with his mentor.

As the issue of the dearth of advancement opportunities for coaches of color continues to sizzle in the NFL with another hiring cycle in full swing, it’s striking that the Bucs are in the Final Four as the first team in NFL history to contain three Black coaches handling the major coordinator duties, including defensive whiz Todd Bowles and special teams strategist Keith Armstrong. A fourth, Harold Goodwin — of whom Arians also contends, “I wouldn’t have gotten back in it if Harold wasn’t available” — is the assistant head coach and running game coordinator.

What a statement at a time the NFL could really use a model for diversity. A sweep of Black coordinators?

“I think it’s more coincidental because these are my guys,” Arians maintains. “Todd was my coordinator at Arizona before he got the Jets (head coaching) job and then he was available. Byron, I kind of got him into coaching. Keith, he became available. He was one of my captains at Temple.”

Like Bowles and Armstrong, two other Black assistants on Arians’ staff, Todd McNair (running backs) and Kevin Ross (cornerbacks), were captains when they played for him at Temple.

“These are my guys,” Arians added. “And Harold Goodwin’s been with me, shoot, going on 18 years.”

Yet the Black coaches reflect just one layer of the diversity. There are two women on the staff — Lori Locust, assistant defensive line coach, and Maral Javadifar, assistant strength and conditioning coach. Then there’s the oldest coach in the league, Tom Moore, 82, on-board as offensive consultant. And two-time Olympic gold medalist hurdler Roger Kingdom is the speed coach.

“This is an example of how diversity is in the best interest of the game,” Rod Graves, executive director of the Fritz Pollard Alliance (FPA), told USA TODAY Sports. The FPA monitors and promotes minority hiring for coaches and executives in the NFL.

Mindful of the sorry track record of NFL teams in advancing coaches of color to the top jobs, Graves added, “It’s really why diversity should be pursued in the business model of every team.”

Graves hailed the progressiveness that Arians, a two-time NFL Coach of the Year, has long exhibited on this front, dating to his first head coaching job at Temple in 1983.

“He’s always approached this with an open heart, an open mind,” Graves said.

On Monday, a day after the Bucs upset the Saints in the NFC divisional playoffs, a Black assistant coach for a team that didn’t qualify for the playoffs, praised Arians as a figure who has had more impact than any in the league in progressive hiring — this, despite so many efforts from league officials including Commissioner Roger Goodell and executive vice president Troy Vincent.

“I pray they can pull it off in Green Bay so the world can see him with his little kangaroo hat in the biggest game,” the assistant coach texted to USA TODAY Sports under the condition of anonymity, given the sensitive nature of the issue and his status with a competitor. “I tip my cap to Bruce Arians. He was able to do what no other person in America could do, to find not one, not two, not three, but four Black men to help lead his team.”

Arians fully recognizes the optics. He also has a keen sense of the frustrations that exist for coaches victimized by a pattern — which includes White candidates with lesser resumes landing jobs rather than established candidates of color — that suggests there’s not a level playing field.

Bottom line, he believes in the value of diversity.

“I think you have to have different outlooks to get input,” he said. “It helps to have all that diversity, so the guys hear it in different ways. Sometimes, women teach better than men. So, we have those voices. More than just a coach, you’ve got to teach ‘em.”

Arians chuckled when reminded that he was once the young, hot coaching candidate who landed a prime job. He was one of the youngest head coaches in Division I history when he became Temple’s coach at 30.

He has also experienced the other end of the spectrum. After Temple, it took 25 years and multiple stops in the NFL and college ranks for him to land another head coaching job. Arians was 60 when hired by the Cardinals in 2013. He emerged as an “accidental candidate,” so to speak, put on the map after winning Coach of the Year honors in 2012 while serving as the Colts interim coach as Chuck Pagano battled leukemia. He knows all about getting shut out during the hiring cycle … and what he can do now.

“After Super Bowl XLIII, I said, ‘Man, I’m at least going to get an interview,’ “ he said, reflecting on the Steelers win against the Cardinals, when he coordinated the Pittsburgh offense. “I didn’t even get a phone call. So, it’s like not having had opportunities, I love giving opportunities.”

Arians is encouraged that Bowles has interviewed for current head coaching jobs, including the still-vacant Eagles position. But he’s miffed that Leftwich has been shut out.

“I’m still pissed that Byron didn’t get an interview,” he said. “I’m looking at who got interviewed and I’m like, ‘What?’ They don’t have his resume. I mean, with our offense, Byron runs that show.”

Arians gets it. It takes opportunity. For all types.