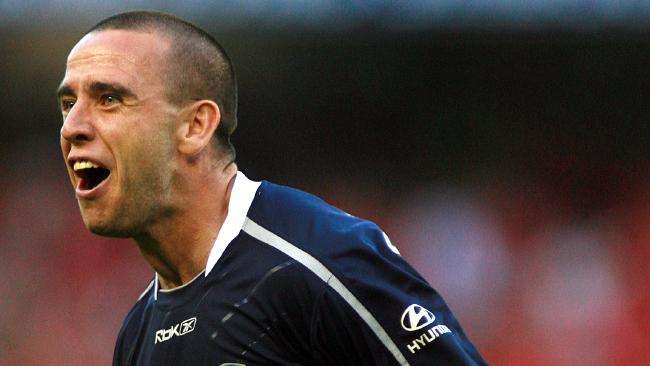 Robinson, who also had stints with Perth Glory and North Queensland Fury, has been appointed the Roar’s youth team coach.

The 33-year-old Englishman will also be part of first-team sessions, starting work on Wednesday at Ballymore alongside head coach John Aloisi and assistant coach Ross Aloisi.

Robinson, who will guide Brisbane’s fortunes in both the National Youth League and next year’s NPL Queensland competition, is the full-time replacement for Josh McCloughan, who last month quit the club.

John Aloisi was impressed by Robinson’s work as coach of an inexperienced Ballarat Red Devils squad in the NPL Victoria competition.

“Robbo had such a young side but they played some really nice football and were really well organised,” Aloisi said.

“He’s got a great work ethic and is really committed to coaching. He’ll be a great addition at the Roar.”

Robinson’s appointment isn’t the only coaching change at the Roar, with Belinda Wilson having been axed as coach of the club’s W-League team.

In Wilson’s four seasons in charge, the Roar women claimed one premiership but failed to build on the two championships the club won under her predecessor, Jeff Hopkins.

The Roar will name a new W-League coach this month.

Ross Aloisi, a former Matildas’ assistant coach, took charge of training on Monday night but won’t be combining a W-League role with his job as his brother’s right-hand man.

Wilson remains contracted to the club, but how long she stays around in any type of Roar role is uncertain.

The Roar’s A-League team continue their pre-season campaign on Saturday when they host Central Coast Mariners at Corporate Travel Management Stadium at Newmarket.