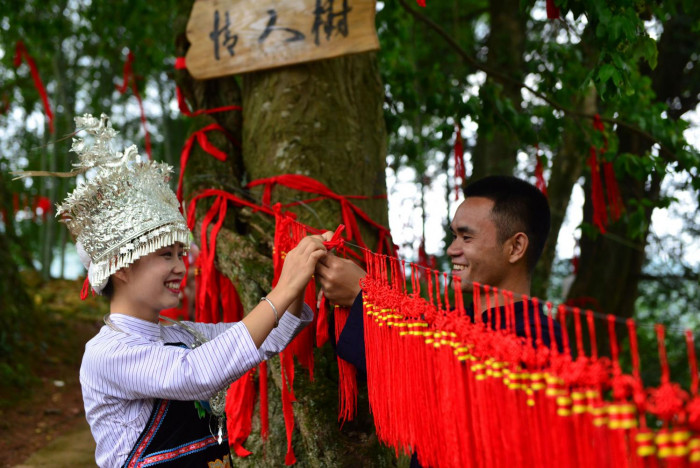 The Qixi Festival or “Double Seven Festival” is China’s Valentine’s Day, falling on the seventh day of the seventh month in the lunar calendar — Aug 25 this year. Celebrating a 2,000-year-old love story in Chinese mythology, Qixi has turned into a major shopping and gift-giving occasion that could rival Singles Day in November.

E-commerce is thriving as Chinese consumers turn to online shopping, especially during the pandemic. Sales rose ahead of Qixi across multiple categories — 20-30% for home goods, outdoor and luxury products, 30% for chocolate and candy, and a whopping 148% for investment-grade gold and silver — compared to the same week in August last year, according to data from the e-commerce portal JD.com.

Sales on Alibaba’s Tmall and Taobao also jumped 118% in the week prior to the festival, compared to the same period last year.

As with other major festivals, Qixi is an opportunity for brands to tap into people’s buying habits, particularly the “revenge-buying” mindset — basically, a burst of conspicuous shopping — that followed the coronavirus lockdown.

Chinese shoppers have also upped their spending at domestic stores this year since travel restrictions have prevented them from shopping overseas.

The battle for customers among international luxury brands is fiercer than ever, with many designing creative digital campaigns, tapping celebrity power and launching limited-edition collections to drive both offline and online traffic.

Dior launched a “Dioramour” collection for Qixi, and its Weibo hashtag received more than 520 million views in 10 days, due to the use of famous brand ambassadors. Yves Saint Laurent launched its debut personalisation service, inviting customers to print their names on its signature faded pink hoodie. Its social content featured young stars wearing the hoodies and its theme #NameYourLove has garnered more than 210 million views.

Louis Vuitton’s largest store in China reached US$22 million in sales in August, believed to be the highest monthly sales figure in China’s history, in part due to the Qixi Festival.

However, brands navigating the Chinese market need to be sensitive to local sentiment. Chinese consumers are aware of their financial power and do not hesitate to scorn and boycott brands that they perceive as disrespecting their culture, identity and taste.

They also scorn brands they think are treating the Chinese market as a cash cow and expect them to account for local nuances.

Balenciaga, a luxury fashion brand, recently ran into trouble with its limited-edition handbags released for Qixi. Netizens said the bags and the accompanying ad campaign were “offensive”, accusing the brand of insulting Chinese people’s taste in fashion.

The handbags launched on Tmall featured the text “He Loves Me” in a large graffiti font, while the ad images used stock photo backdrops with Valentine imagery — which was deemed gaudy and even “trashy” by some consumers, especially when compared to the well-produced ad campaigns run in Europe. The hashtags #BalenciagaChineseValentineCampaignTasteless and #BalenciagaInsultsChina saw more than 185 million views and 216,000 discussions online.

This example proves just how critical it is for brands to listen to their target customers, understand their cultural context and demonstrate knowledge of the market in which they operate.

Suwatchai Songwanich is an executive vice-president with Bangkok Bank. For more columns in this series please visit www.bangkokbank.com