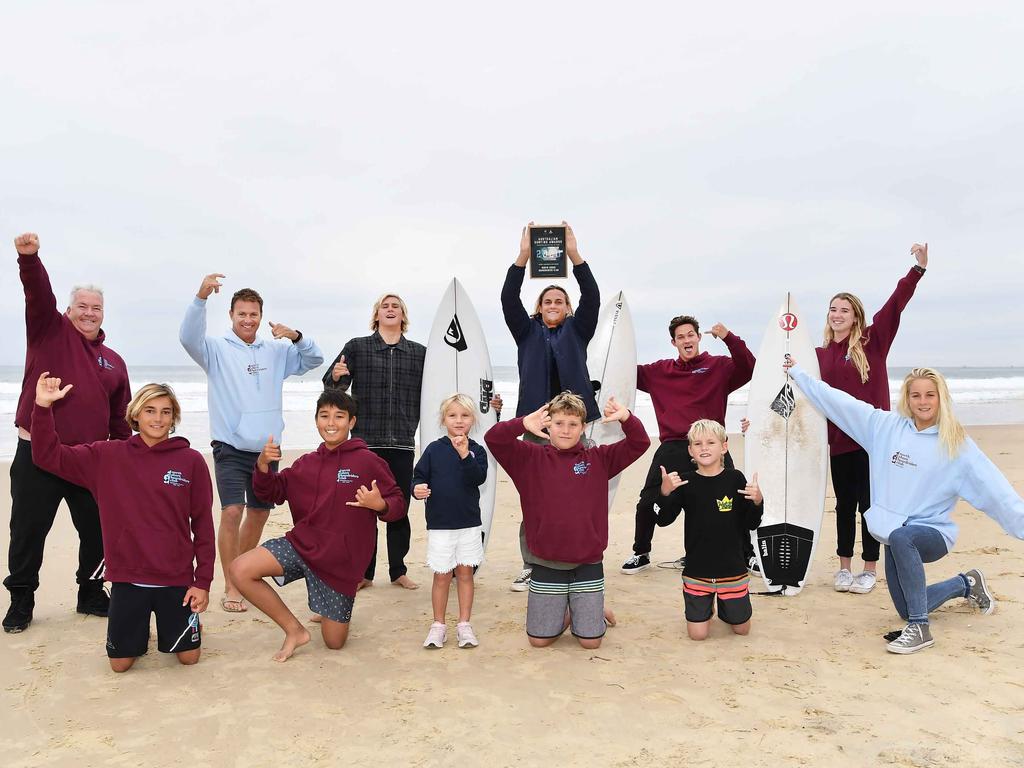 NORTH Shore Boardriders Club members are riding a wave of elation after being announced Australia’s best for the second time in the organisation’s 50-year history.

The Maroochydore-based club took out the prestigious Surfing Australia Simon Anderson club of the year, announced this afternoon.

It is awarded to clubs who display spirit, management and also the best surfing talent in the country.

North Shore is a club rich with past and present champions from Brett Peacock and Gary Elkerton to Keely Andrews.

The club has evolved from an era of nurturing single fin talent though to the modern professional surfing seen on tour today.

President Shane Bevan, who took on the role two years ago, said celebrations were on pause until the club’s new facilities were completed but promised a big one.

“It’s been coming for a while,” Bevan said.

“This club had some great foundations laid and we took a lot of confidence on how we grew from last year.

“We had unfinished business this year and to do it on the 50th anniversary is pretty special.”

For the second year running, the coveted award will remain on the Coast, coming down the Sunshine Motorway from Noosa Boardriders.

“It’s really cool for Coast surfing to have the award come down the road,” Bevan said.

“It shows how strong the surf community is.”

He said North Shore joined heavyweight surfing clubs Narrabeen and Snapper Rocks as the only clubs to win the award twice.

Club legend and retired professional surfer Elkerton, who joined the club as a grommet in 1976, said the award capped off an extraordinary year.

“It’s not an easy job, herding young kids and their families around and balancing it around their own jobs,” Elkerton said.

Aspiring professional surfer Sophie McCulloch said part of the Bevan and King approach was not only crafting great surfers, but great people too.

“They want us to succeed competitively, but more than that be fostered in the right environments and learn respect and to give back,” she said.

“I have been part of this club most of my life and to be to able to help the club achieve this award is a big thank you to everyone who came before me.

“That’s probably been my main drive.”

A major reason which ensured victory for the club was its underdog win at the Australian Boardriders Battle in Newcastle.

It was young gun Alister Reginato, who had to sprint up the sand at the conclusion of the teams event to beat the buzzer, who proved the hero.

It took a last ditch lunge from the teenager who dived over the line in the sand with two seconds remaining to ensure the win.

Soon after he was mobbed and chaired off.

“What he has done, firstly with the score, then getting in the box with two seconds left … it will go down in history,” Bevan said.

“It was the most exhilarating finish to watch.”

When Elkerton started at the club, North Shore would compete against 10 clubs, a far cry from the 200-odd of today’s game.

“It was incredible back then,” he said.

“Jody Perry and Brett Peacock used to pick everyone up and show us the ropes.

“There were no crowds back then.

“It was a great experience learning off those guys – Peter Pringle, Lee Hamilton, Brian Weir, Steve Fookes and many more, it was a radical time.

“Those guys really took us all under their wings, just as Bevo and Kingy are now doing.

“The whole community is proud of this club and the win so hopefully when this pandemic buggers off we can all get together and really celebrate.”