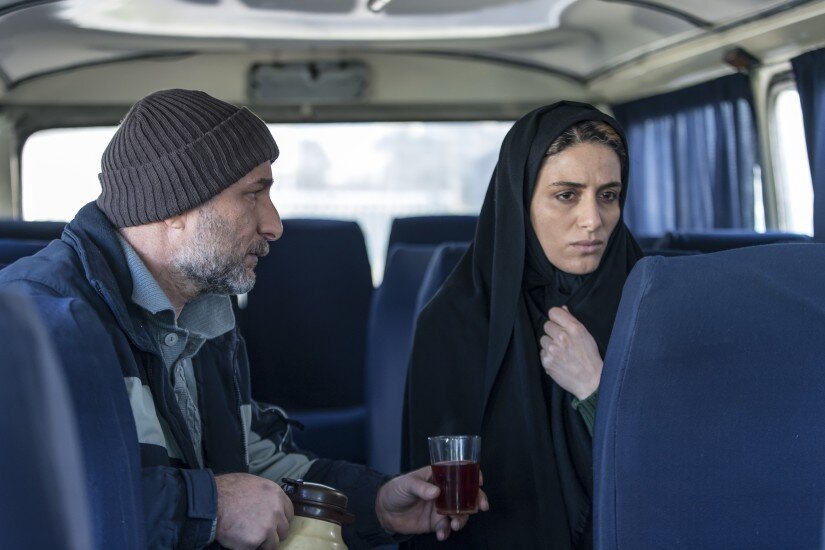 TEHRAN –The MOOOV Film Festival, which is scheduled to open in Bruges, Belgium, on April 20, has dedicated a special section to Iranian films.

A lineup of 10 Iranian award-winning films including “Bandar Band” by Manijeh Hekmat, “Yalda” by Masud Bakhshi, “There Is No Evil” by Mohammad Rasulof, “Radiograph of a Family” by Firuzeh Khosravani, and “Just 6.5” by Saeid Rustai will be screened at the festival, which will be held online this year due to the outbreak of the coronavirus.

“Careless Crime”, the latest production by Iranian director Shahram Mokri, and the winner of the best original screenplay of the Venice festival and the Silver Hugo of the jury at the Chicago International Film Festival is also among the films.

The film goes back to forty years ago, during the uprising to overthrow the Shah’s regime in Iran, when protestors set fire to movie theaters as a way of showing opposition to Western culture. Many cinemas were burned down. In one tragic case, a theater was set on fire with four hundred people inside, most of whom were burned alive. Forty years have passed and, in contemporary Iran, four individuals also decide to burn down a cinema. Their intended target is a theater showing a film about an unearthed, unexploded missile.

The festival will also screen “That Night’s Train” by Hamidreza Qotbi, which has recently won the Red Rose Award for best-released film between September 2019 and December 2020 as well as the best-adapted screenplay award at the 4th New Delhi Film Festival.

The film is about a writer who also works as a teacher. She narrates the story of an orphan girl to her students. Each student continues the story with her/his own imagination, and this gives the teacher material for her new story.

The lineup also includes “Son-Mother” by Mahnaz Mohammadi, “The Blue Girl” by Keivan Majidi, and “The Wasteland” by Ahmad Bahrami.

A co-production between Iran and the Czech Republic, “Son-Mother” is about Leila, a widow who works tirelessly at a factory that is failing due to the U.S.-imposed sanctions. She receives a marriage proposal that could mean financial security, but could also tear apart her family.

“The Blue Girl” centers on a remote village in western Kordestan province, where everyone is in love with football, but there is no level field upon which to play the game. The children decide to climb up the mountain in order to find somewhere to play the game.

Shot in black-and-white, “The Wasteland” tells the story of the 40-year-old supervisor at a mud-brick factory in Iran who gets trapped between his boss who wants to shut down the factory, and his colleagues who distrust him more and more.

Moreover, “The Wasteland” will compete with seven movies from around the world including “Maternal” by Maura Delpero from Argentina, “Moving On” by Yoon Dan-bi from South Korea, “The Pink Cloud” by Iuli Gerbase from Brazil, and “Nudo Mixteco” by Angeles Cruz from Mexico in the main section of the festival.

The festival will come to an end on May 3.

Photo: A scene from “Son-Mother” by Mahnaz Mohammadi