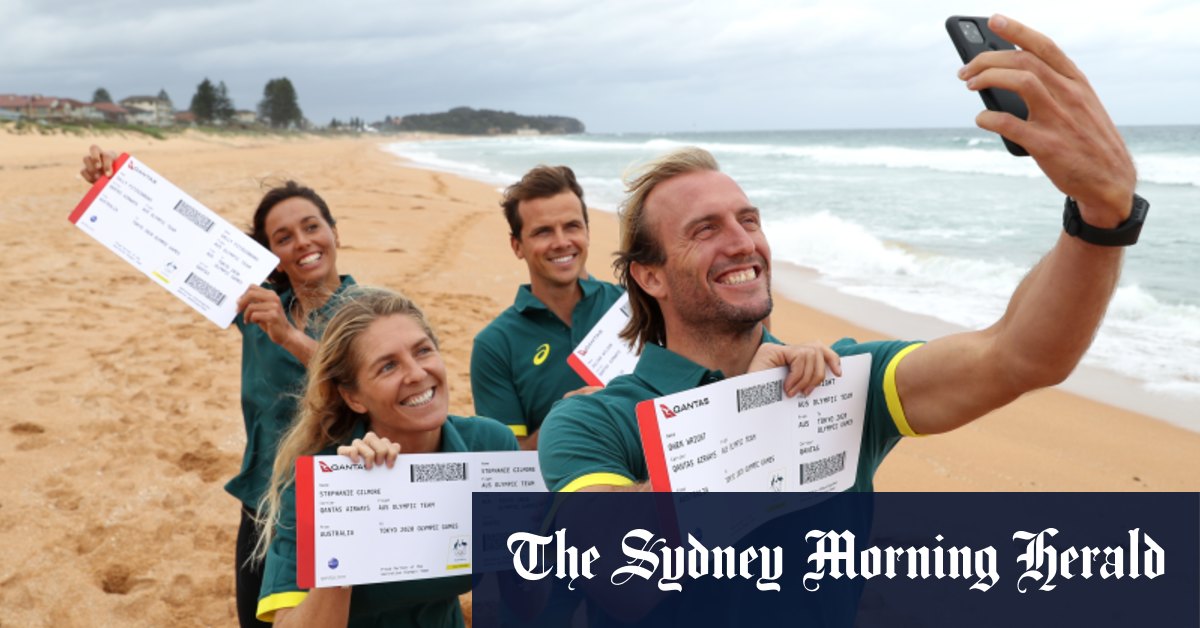 Australia’s Olympic surfers are aiming to “pack a killer sting”, like the venomous jellyfish their team is named after, at the upcoming Tokyo Games.

Despite being provisionally picked two years ago, a four-person team of Stephanie Gilmore, Sally Fitzgibbons, Julian Wilson and Owen Wright was officially unveiled on Friday following a final qualifying event in El Salvador.

It is the first time surfing has been included as an Olympic sport and Australia’s athletes are genuine medal contenders.

The team has been named the “Irukandjis” after a dangerous species of jellyfish. The name was given to Surfing Australia by the local Yirrganydji people of North Queensland.

“It’s very fitting,” said Wilson from hotel quarantine in Sydney. “We want to pack a killer sting and come under the radar. It is a little bit hard because we are a strong surfing nation, but to represent our Indigenous culture and be allowed to use the name … there is going to be an extra layer of representation for Australia to have that Indigenous backing.

“It’s a nice feeling to be fully solidified into the team and definitely going to Tokyo.”

The quartet will compete at Tsurigasaki Beach in Chiba, 100 kilometres south-east of Tokyo’s central business district and well away from the majority of other sports. They will depart Australia on July 20, five days out from the start of the men’s and women’s events.

Gilmore, a seven-times world champion, and Fitzgibbons, who won gold in the ISA World Surfing Games event in El Salvador this week, always dreamt of going to the Olympics.