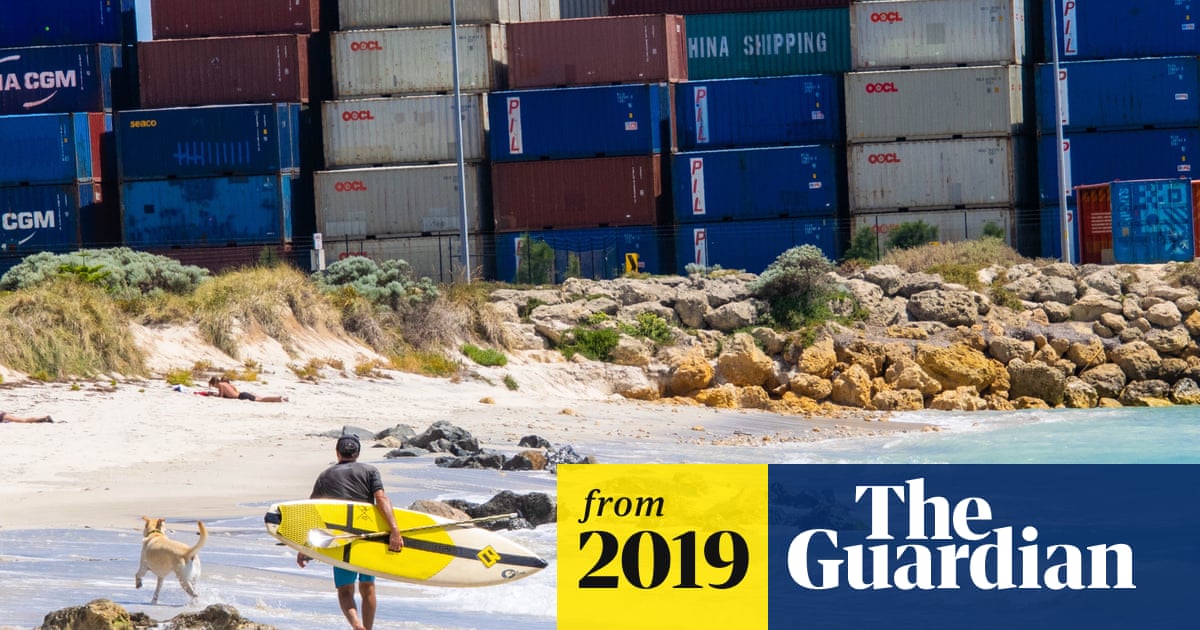 To help you think about your answer, here are some of the favourite beaches nominated by our federal representatives.

Some descriptions are beautiful. Others are surprising. And they all emphasise the importance of place in our national identity.

“I love Sandtrax in North Fremantle because it sets a classic Indian Ocean beachscape against the cranes and multi-coloured container stacks of Freo Port.

“At sunset on a heavy summer’s day you can float out to sea and look back at the industrial geometry caught in the glow. The limestone breakwater at the south end provides shelter from the wind and makes a wave that can be small and well-shaped or just an enjoyable mess. For a terrible surfer like me it’s perfect.

“When it turns hot and the easterly blows, everyone’s down there for some blue-green relief. But in winter you can walk along the foam on a bright morning all by yourself. I go there year round and it always restores some peace of mind. Even though Sandtrax is an urban beach it retains the feel of a tucked-away and rough-edged piece of coast.”

“Imagine a perfect white sandy beach that speaks to you as you walk, a small red rock island appearing as a mirage at its finish, the rock a penguin rookery and bird sanctuary, connected by a sandbar at low tide.

“Imagine a place that casts the shadows of forgotten ancestors – the first Tasmanians who lived and loved here for tens of thousands of years.

“Imagine this beach was one of the few in the country that faced north, so its frequent surf was offshore in the prevailing southerlies, the deep riptide at its rocky entrance a perfect conveyor belt for surfers on rising swells.

“Imagine no longer – this is Redbill beach, Bicheno, my local. Just one slice of Shangri-La in our beautiful Tasmania.”

“Kodak Beach, now Streets beach, is a Brisbane icon. For older locals it’s a permanent reminder of the fun we all had visiting the pavilions at Expo ’88, and of how futuristic and interesting it all seemed. For young ’uns it’s a free, public place to swim without having to leave the city. It might seem a bit kitschy to outsiders but on a hot day, or after a Saturday morning park run, there’s nothing better.”

“I suspect my love of the beach is hardwired into my DNA. My dad grew up swimming in the clear Mediterranean waters off the coast of Sicily. Some of my earliest memories are of summer holidays with my grandparents at Seaford beach in the underrated waters of Port Philip Bay. I spent a year as a new medical graduate driving around the continent and camping out on that thin strip of land that connects us to the wild oceans. It left me in no doubt that Australia has the world’s most spectacular beaches.”

“From Cape Le Grand near Esperance to Whitehaven beach in the Whitsundays, from Wineglass Bay in Tassie to Ningaloo Reef at Coral Bay, choosing a favourite beach is a near impossible task.

“But right now, as a relatively new (and struggling) surfer living near Victoria’s Great Ocean Road, it’s hard to go past Bells beach. Bobbing about in the water, watching a pod of dolphins swim past or a whale breach in the distance and realising just how vulnerable and insignificant you are is great for your perspective. I’ve spent hours in the water without catching a wave, I’ve been yelled at and I’ve even broken my schnoz. But I’ve never regretted getting in the water.

“In SA it would be Horseshoe Bay, Port Elliot – safe for young kids, lots of picnic and playground areas, easy parking, great cliff walks, calm waves one end and waves for bodyboarding the other end. Great for the whole family.

“For me it’s a toss-up between all the Noosa national park beaches and South Gorge at North Stradbroke Island.

“Noosa national park because as you walk the coast track past all the little coves and secluded beaches, you can smell the place. It’s a heady scent of heat and salt and casuarinas, and for decades it’s made me feel free and so, so lucky. I love that smell and love the pandanus, the smooth granite boulders, the twists and turns along the tracks as you glimpse the next cove, and the sense of achievement as you make it all the way to the end of the track to the nudey beach (quite an achievement when lugging children), long and clean and usually unpopulated.

“South Gorge at Straddie because it’s craggy, crystal clear and tiny – like a beach in miniature, simply perfect, with a high cliff on one side and wild rocks just 30 odd metres to the other side. It feels like you’ve discovered something, and the water is crystal clear and cold. Great little shaded part next to the cliffs enables you to sit in the shallows and make sand creations happily without frying.”

Diamond Head beach: a paradise where I lost all sense of time and space | Australia news