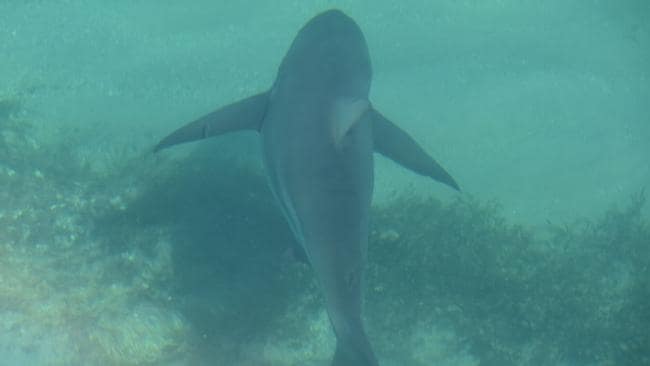 BRIGHTON Surf Life Saving Club has moved to assure swimmers of their safety in the lead up to a national open water championship, amid a string of shark sightings.

More sharks have been seen off Brighton beach this summer than any other South Australian location.

The 2017 Australian Open Water Championships will be held at Brighton from January 27–29 and swimmers aged 13 and up will compete in races of up to 10km.

Brighton Surf Life Saving Club will patrol the beach and offer advice on water safety at the event, organised by Swimming Australia.

Brighton’s president is Chris Parsons, who is also crew chief of the Westpac Life Saver Rescue Helicopter Service, which responds to shark sightings.

“We’ll be monitoring the situation very, very closely in conjunction with all of Surf Life Saving but we’ll be 100 per cent confident the water is clear (of sharks) before we put any swimmers in the water,” Mr Parsons said.

So far this summer, Primary Industries and Regions SA has logged eight shark sightings at Brighton as close as 30m to shore.

There have also been three at Seacliff and two at Glenelg.

Mr Parsons said some of the Brighton sightings were unconfirmed and others turned out to be dolphins or clumps of seaweed, although it was known that a bronze whaler shark was regularly seen at Brighton.

He said shark sightings tended to drop off after the first summer heatwave, which occurred two weeks ago.

If a shark is seen and cannot be scared away, the event will instead be held at West Lakes, where state-level open water swimming competitions are normally held.

Swimming Australia spokeswoman Kathleen Rayment said Brighton was chosen for the national competition “to replicate the true open water environment to ensure swimmers are prepared for this style of racing when they compete on the international stage”.

Swimmers will use the event as an opportunity to vie for a place at the 2017 FINA 10km World Cup in Abu Dhabi, the 2017 FINA World Championships in Budapest, Hungary, and the 2017 World University Games in Taipei, Taiwan.

Competitors will swim parallel to the beach.

Shark fishing is banned from 5am-9pm between Outer Harbor and Normanville and anglers are not allowed to use large hooks or animal blood as bait.