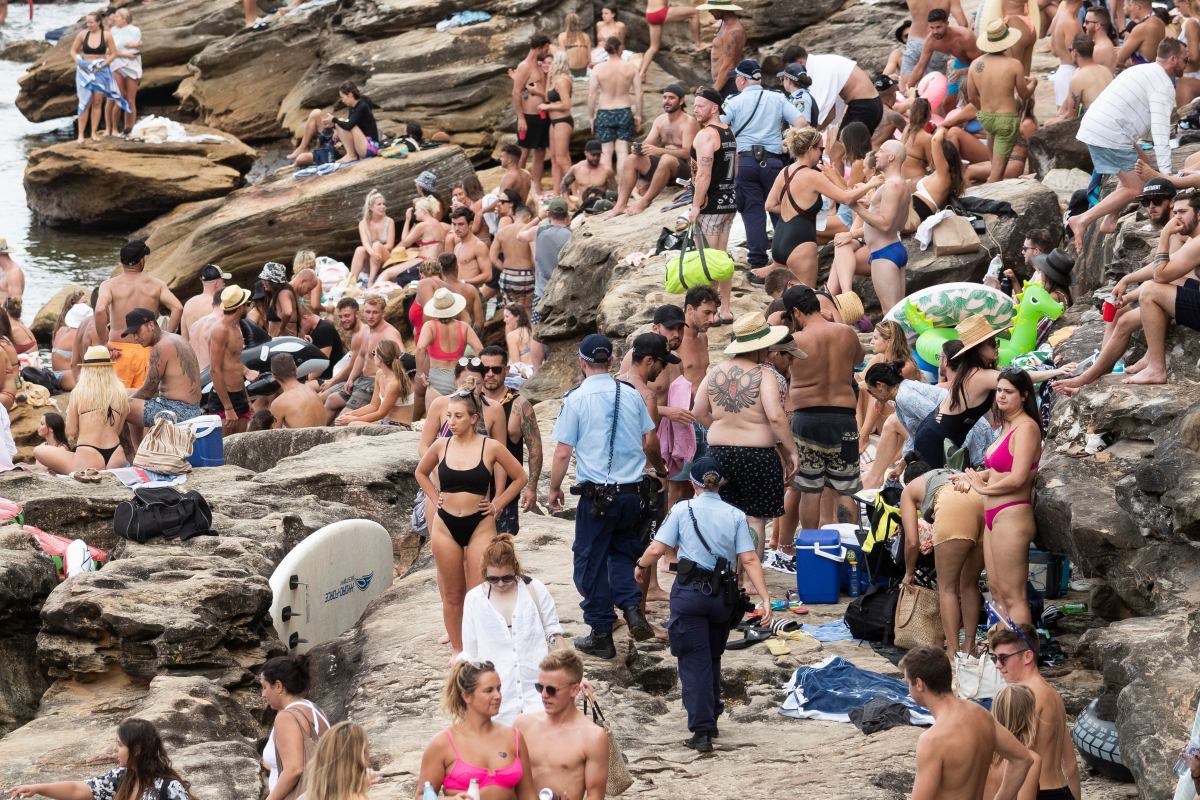 THOUSANDS of Aussies packed the beaches today to celebrate Australia Day as temperatures soared past 40C.

All beaches in the Mosman area were at capacity by 10am with the council asking locals to stay clear of the area.

“Help Mosman stay safe by rethinking your trip to the beach during peak times, avoiding large crowds, maintaining physical distancing and hand hygiene and don’t forget to stay sun smart and water safe too,” the council posted to social media.

“North Bondi Beach is nearing capacity, so please sit further to the south of the beach if you’re heading down for a swim today,” the council tweeted.

Waverley Council also urged people to remember coronavirus restrictions and to stay 1.5 metres a part from other beachgoers.

“This Australia Day, we urge the community to not be complacent about Covid-19,” the Council tweeted.

“Remember to maintain social distancing, check in with businesses, wear a mask on public transport, wash your hands and get tested if you have any symptoms.”

Beach car parks across Sydney including Balmoral Beach and the Royal National Park were closed in a bid to deter locals from hitting the beaches.

Signs were plastered across car parks asking beachgoers to rethink their plans.

Police patrolled large groups of people who ignored social distancing rules while other officers watched from a distance as people swam with their friends at Gordons Bay.

It comes as official urge locals to stay at home in a bid to keep new cases of coronavirus at zero.

At least five people were arrested in Sydney at a rally that was attended by 2,000 despite the rules limiting crowds to 500.

The day is controversial as it marks the start of Australia’s colonisation.

January 26 marks the anniversary of Britain’s first fleet arriving into Sydney in 1788.

The pictures of the busy beaches showed a stark contrast to the UK over the weekend which saw its snowiest spell in two years.

Yellow weather warnings for snow or ice were slapped across large parts of Britain until this morning, with the mercury plummeting to zero in Cardiff, Manchester, and Birmingham.

What is Australia Day and why is it called Invasion Day?

Venomous snake hiding in the grass baffles internet – but can you spot it?

Quarantine hotels could cost Brits returning from holiday £1,600 PER PERSON

On Sunday, London saw flurries of snow as the capital enjoyed a winter wonderland.

Woolly-wearing walkers were seen at Hampstead Heath, Primrose Hill, Richmond Park and other beauty spots in their droves.