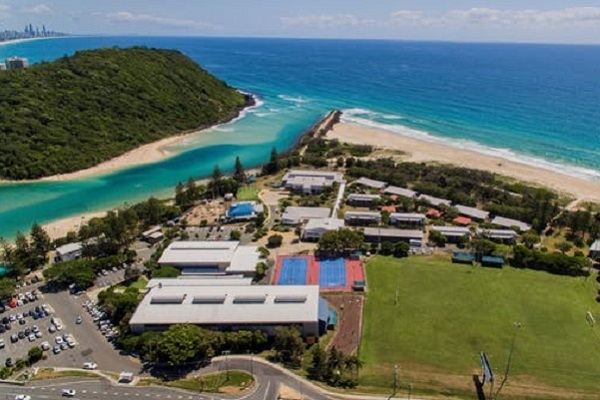 A $7 million expansion of the Gold Coast Recreation Centre at Tallebudgera, that will see Surfing Queensland relocate to the beachside venue, is to see the addition of a $1.72 million aerial adventure park.

The plan for the redevelopment of the popular beachside Centre includes new offices; a new gymnasium, two new multi-purpose indoor courts and reception area; along with the aerial adventure park.

Commenting on the addition, Queensland Minister for Tourism Industry Development and Innovation and Minister for Sport, Stirling Hinchliffe stated “the top level of the obstacle courses is more than 16 metres high, which will challenge the most adventurous climbers.

“Children as young as three can have a go on the kid’s course, and there is an accessible course for wheelchair users.

“The new Aerial Adventure Park can be incorporated into school and sport and recreation camps and will also be open for families and community bookings.”

The addition of the new Aerial Adventure Parks comes on the back of the Centre experiencing its busiest summer with over 1400 people using the rock-climbing wall and pool, and a further 400 kids participating in the Coast Club Adventure Activity Program across the Christmas school holiday period.

Advising of the relocation of Surfing Queensland to new offices at the Centre able to accommodate seven staff at the Centre, Minister Hinchliffe stated “(this is) a great opportunity for future collaboration between the state’s governing body for the sport of surfing and the staff who deliver programs to visitors at the venue.”

Surfing Queensland Chief Executive, Adam Yates, who is set to move staff from Burleigh into the newly completed office space, noted “it’s a perfect synergy for us to move into the Rec Centre where they already have such a fantastic range of surfing and water sports available.

“We look forward to helping the Rec Centre develop those programs, so the community gets the maximum benefit out of them.

“We are super grateful to the Queensland Government for its support in helping find us a new home and can’t wait to develop surfing further, especially with the sport making its Olympic debut in Tokyo in just a few short months.”

The final part of the redevelopment will see the addition of a new gymnasium with two new multi-purpose indoor courts, a reception area and amenities. 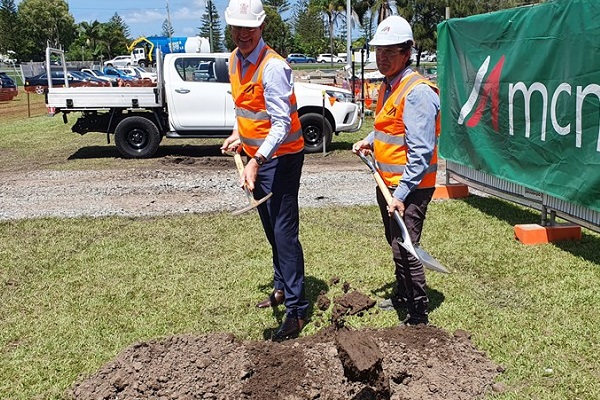 Commenting on this aspect of the project, Minister Hinchliffe added “the Gold Coast Rec Centre has been a much-loved space for training, play and recreation for decades and it is getting a well-deserved makeover (and) will (now) cater to a new generation of schools, clubs and teams as more aspiring athletes get back into their favourite activities.”

A major two stage $9.8 million accommodation upgrade was completed at the Gold Coast Recreation Centre in 2020, with new cabins built, and existing cabins refurbished to include ensuites, air-conditioning, and modernised layouts.

An indoor multi-sport venue will begin construction at the Townsville Sports Reserve this month and the Sunshine Coast multi court project will progress later this year with the Aerial Adventure Park on the Sunshine Coast opening in term two 2021.

Images: Tallebudgera’s Gold Coast Recreation Centre from the air (top), a KristallTurm adventure park (middle) and Queensland Minister for Tourism Industry Development and Innovation and Minister for Sport, Stirling Hinchliffe with a pick (below).

Asking a small favour
We hope that you value the news that we publish so while you’re here can we ask for your support?

The news we publish at www.ausleisure.com.au is independent, credible (we hope) and free for you to access, with no pay walls and no annoying pop-up ads.

However, as an independent publisher, can we ask for you to support us by subscribing to the printed Australasian Leisure Management magazine – if you don’t already do so.