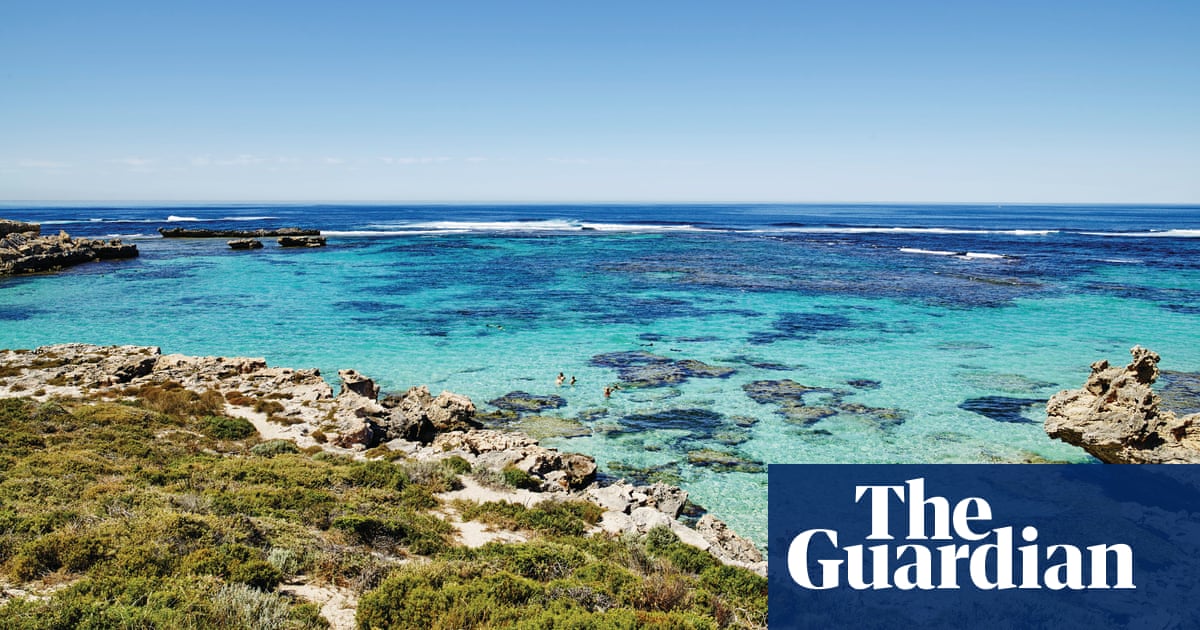 The first thing you notice about Western Australia is the light; light so piercing that the late David McComb, from the Perth band the Triffids, once noted that no foreign pair of dark sunglasses could ever shield you from it. It’s a dazzling place, all the more so when reflected from the glass towers of the capital’s central business district.

Perth is also isolated: once you get over the Darling Scarp, the low range of hills lying to the city’s east, the next big centre, Adelaide, is well over 2,500km away.

Isolation has been a blessing and a curse for Perth. At a political level, it fosters occasional expressions of belligerence and complaints that the state contributes more to the federation than it receives from it. Like Queensland, Western Australia occasionally flirts with the possibility of secession, only more seriously – the state held a referendum on the subject in 1933, and there was another outbreak of such talk at the height of the resources boom, including from some prominent members of the Liberal party.

As the boom has receded, Perth has been quietly undergoing a metamorphosis. Once you get past its obvious natural attractions – the long, white beaches welcoming the Indian Ocean; the immense King’s Park on the western edge of the CBD, bigger than Central Park in New York City – this thin strip of land on the Swan coastal plain gives up its secrets slowly. But while it will always be isolated, it is turning its back on isolationism and showing its face to the world.

The first thing to know about Perth if you’re planning an imminent visit is there’s still a lot of construction work being completed, particularly around the areas of Elizabeth Quay and Northbridge. The quay, finished in January 2016, is essentially an artificial inlet, designed with the intention of reconnecting the city to the north shore of the Swan river.

There are many public artworks around the inlet, the most obvious being the 29-metre tall Spanda, known colloquially as “the Paperclip”. Grasp its steel structures at the base in the afternoon and you can feel the vibrations from the famous Fremantle Doctor, the south-westerly breeze that runs in from the ocean to cool the city in summer.

The second major area of works close to completion is around the inner-city suburb of Northbridge, previously separated from the CBD by railyards. These have been sunk, again with the aim of reconnecting the precinct to the CBD. It’s one of the most vibrant parts of Perth and has many restaurants and bars, and is also the home of the Western Australian Museum, the State Theatre, the Perth Institute of Contemporary Art and the city’s Fringe World festival.

I’m joined by Ryan Mossny from Two Feet and a Heartbeat, who takes me on a guided walking tour of the city (from $35). This is a great way to quickly get to grips with the place, especially if you’re short on time and want to get an overview of the city and find out what’s happening at ground level.

The answer is plenty, especially if you’re prepared to duck into Perth’s many laneways, which provide incredible examples of street art: more than 80 walls around the CBD and surrounding suburbs have been turned into outdoor galleries for artists – local and international.

After dark there are more than 80 small bars to hide away in, a product of the city’s relaxation of liquor licensing laws in 2007: check out Helvetica (101 St George’s Terrace), where you can buy yourself a bottle of whisky, take a nip and save the rest for your next visit.

You can also get a sense of the city’s history. Perth has done a better job than most Australian cities of protecting its colonial-era architecture. The elegant State Buildings (on the corner of St George’s Terrace and Barrack Street) are worth checking out: the precinct lay unused for 20 years after the buildings were vacated by the government. They have now been restored for public use. It’s a mixture of old and new; the Perth Library – a seven-storey circular structure which makes great use of the city’s brilliant natural light – is especially beautiful.

Morning: architecture and artists in Fremantle

It’s fair to say the port of Fremantle is Perth’s bohemian enclave – and it’s easy to see why. Part of the reason is the architecture: much of the city was built by convicts, including what was once called the lunatic asylum, now the Fremantle Arts Centre. And, of course, there are the Fremantle Dockers, one of two Perth-based Australian football teams and very much the underdog to their bitter foes, West Coast Eagles.

There are more than 3,000 heritage-listed buildings in Fremantle, 150 of them in the care of the National Trust. One of the convicts’ first tasks was to build their own prison, the Round House, built in 1830–31, in the port’s West End, characterised by its low limestone buildings with beautiful facades. It’s in West End that I stop for breakfast at Moore & Moore cafe, which features a large courtyard adjacent to a gallery; it’s a favourite of the city’s artists and musicians.

After breakfast, I take a walk down to the docks to check out Bon Scott’s statue. The late AC/DC singer’s ashes are interred nearby. The Scott family took up residence in Fremantle in 1956 after arriving from Kirriemuir, Scotland. Greg James’s sculpture – which features the impish frontman atop a Marshall stack – gets him just about right, with the mic lead coiled and the high-waisted jeans all but spray-painted on. It’s one for fans but well worth the brief diversion before wandering down to the docks.

A trip to Perth would not be complete without a visit to what the locals affectionately call “Rotto”, and what the Indigenous Noongar people refer to as Wadjemup. The island lies just half an hour by ferry from Fremantle (services also run out of Perth, from the Barrack Street jetty and Hillary’s boat harbour, and take slightly longer; the Barrack Street jetty trip takes 90 minutes, but includes a leisurely cruise down the Swan river).

There are tourist buses around the island, which may be handy if you’re short of time. Otherwise, the best way to get around is to hire one of the bicycles on the Rottnest Express. The entire coastline is a little more than 20km long, and you can easily cover it in the course of several hours or over a leisurely day trip. Come prepared with lots of water and sunscreen though, especially in summer.

It’s a beautiful place. You can go snorkelling in the turquoise inlets, stroll the many beaches or check out the salt lakes in the interior, a haven for local birdlife. And of course there are the quokkas, which are found almost nowhere else. The island was named Rotte Nest (Rat’s Nest) by the Dutch mariner Willem de Vlamingh in 1696 for its population of these tiny and very tame wallaby-like creatures, and it’s not long before I spot one under a teatree; it allows me to approach within a metre without turning a hair.

I needn’t have looked so hard. Over lunch at Hotel Rottnest, just a few hundred metres from the jetty, I hear a movement, and there’s one on the deck with me. The food is great, too – I have Mexican-style pork belly with roasted sweet potato and coriander salad ($34), helped down with a couple of sneaky lunchtime beverages. The rest of the time I don’t do much but burn my eyes some more staring out into Thomson Bay. There are worse ways to while away an afternoon.

Since the inaugural event in 2011, Fringe World festival is now the third biggest event of its type in the world, running over 31 days during January and February, and the biggest annual cultural event in the state. It’s genuinely quirky – not a word I would have associated with Perth – and staggeringly popular; attendance in 2016 topped out at about 900,000 people.

The Fringe is a perfect symbol for Perth’s changing face: it provides opportunities to local and visiting artists alike, and it has tapped the city’s appetite for the arts. A bit like my hometown of Brisbane, which shed a generation’s worth of artistic talent in the 1970s and 80s, Perth is finding ways to give those who might once have fled for Sydney or Melbourne a reason to stay. Give it another year or two and the transformation should be complete.

Travelling around Australia? Find discount codes for local hotels by going to discountcode.theguardian.com/au