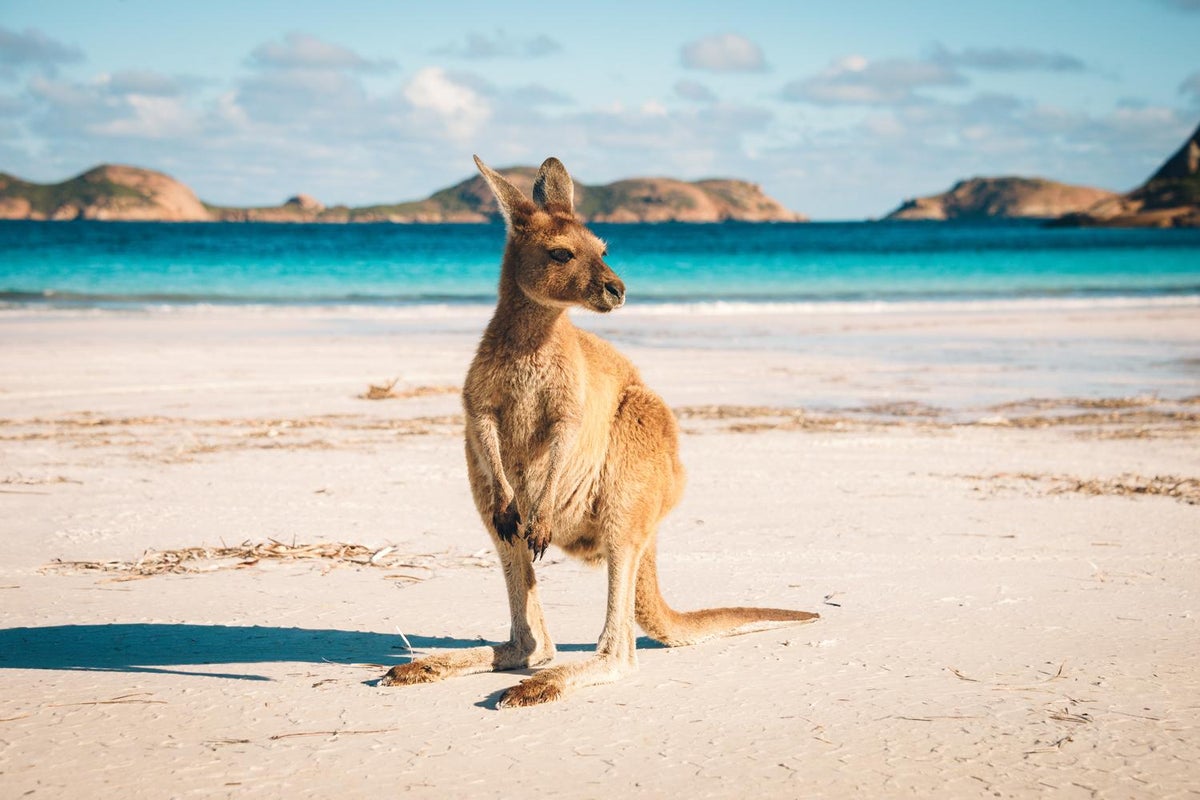 ustralia. A dream holiday location for many Brits, in part due to its idyllic beaches.

Sydney University’s Coastal Studies Unit determined that, at last count, there were 10,685 beaches in Australia. No mean number.

Whilst you’ve probably been to Bondi Beach – and perhaps even walked on a bit further around the coast to Bronte, Tamarama or Coogee, or popped on the ferry over to Manly Beach – you may not have frequented the sands of Cable Beach or Coffin Bay; beaches just as beautiful as their famous cousins, but slightly off the beaten track. slightly less well-known .

Indeed, Australia has a number of stunning lesser-known beaches across its seven states…

We’ve rounded up the top 23 ‘secret’ beaches to look for Down Under.

Only accessible following a walk through the Torndirrup National Park, this beach is about as secluded as they come.

If it’s white sandy beaches you’re after, you’ll be spoiled for choice at Fraser Island. Even its inland lake has one.

Ignore the name, this unspoilt coastal spot is home to some of South Australia’s most heavenly scenery. The wildlife is the real drawcard; emus, goannas, kangaroos, pelicans and pods of dolphins all call this beach home.

To get to this gorge in the Karijini National Park, a 4WD is required. What you’ll find at the end the drive, however, is well worth the journey.

Along the Bondi to Coogee walk you will come across a number of stunning beaches, but perhaps none so marvellous as Gordon’s Bay. On a hot summer’s day grab your friends, an esky and perch yourself on a rock for a day of sunbathing and swimming.

Without a doubt one of the most beautiful locations in Tasmania, Wineglass Bay was made for long walks.

Located just one hour south of Byron Bay, you’ll find another local favourite: Spooky Beach. Don’t be putt off by the name, there’s nothing spooky about the crystal blue waters you’ll find there.

The Jawoyn-owned part of Nitmiluk National Park is where to find a number of cascading waterfalls, which lead to glorious swimming spots.

No secret to New South Wales locals, this beach has earned a spot in the Guinness Book of World Records for having the whitest sand in the world. The contrasting blue hues only add to its beauty.

Darwin locals may already be familiar with this beach but it’s worth a visit to see the sun set over the ocean.

Western Australia is known for their pearly white sandy beaches and turquoise waters, and this is no exception.

Silky sand and glistening waves provide the backdrop for a number of kangaroos on this Western Australia beach.

Located in Newcastle, just two hours north of Sydney, you will find this heritage-listed ocean bath that can only be accessed via a winding staircase.

Home to just 250 people, Bremer Bay consists of snow white beaches and teal blue waters. During the winter you will often see the southern right whale and its calves swimming about in the bay.

Noosa is one of Australia’s favourite resort towns and it can be impossible to find a deserted beach there. However, Alexandria Bay is a favourite among locals – and local nudists… so don’t be alarmed if your fellow sunbathers appear to have misplaced their swimsuits.

Located on Lord Howe Island, just a two-hour flight off the coast of Australia, you will find Ned’s Beach. It is just one of the stunning beaches situated on the island which is also covered in rainforest and wildlife. Visitors are limited to 400 at a time, so you have a better chance of finding that secluded spot.

At the northernmost tip of the Dampier Peninsula you will find Cape Leveque. In the far north of the Kimberley, this beach may be one of the world’s most remote. Its white sand and red rocks make for a striking setting.

Hundreds of tourists flock to Rottnest Island to get that must-have selfie with the native quokkas. But the island is a beautiful haven in itself, with Little Parakeet Bay one of the must-see sights.

Swimming should generally be avoided in Northern Territory beaches and this beach is no exception. Visit for the stunning vast sandy spaces, which is easy since it’s just a 30-minute drive from Darwin.

The rugged volcanic landscape and shipwreck make this a fun-filled beach to visit. The SS Speke has been stranded on the beach since 1906 and is visible at low tide.

A two-hour drive from Hobart, this spot is popular with surfers, although the real attraction is the wildlife. Make sure you look out for pelicans, pied oystercatchers and fairy and little terns.

Charlize Theron cant wait for latest season of The Bachelor